“Caucasus” and “Haiti: The Boys of Summer” 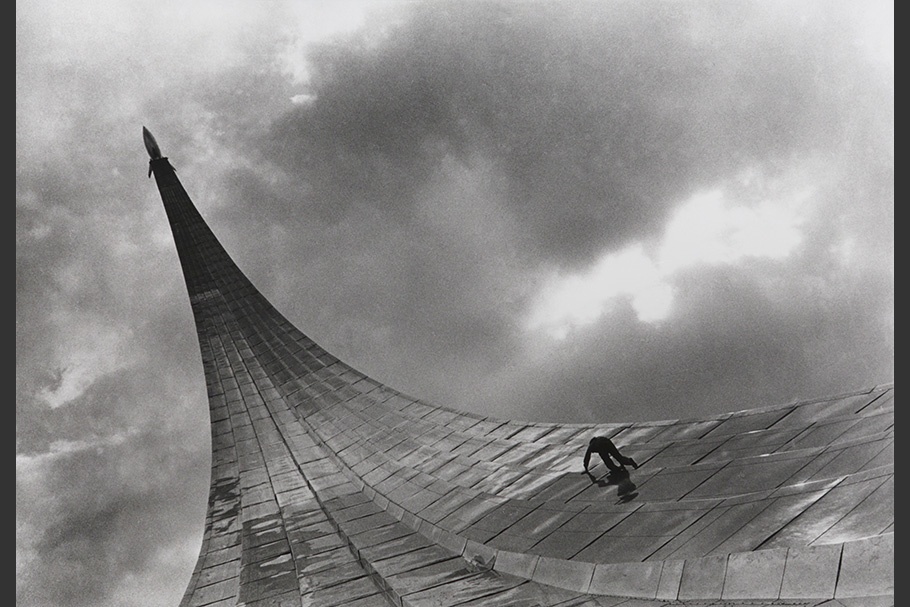 Boy climbs up the face of Soviet space monument. Moscow, 1993.

The fall of the Berlin Wall led Jason Eskenazi out of Queens into the larger world. After trips to Germany and Romania for their first democratic elections he traveled to Russia in 1991, just before the August coup that marked the end of the Soviet Union, and has returned many times since.

Eskenazi has received numerous awards including a Guggenheim Fellowship, 1999; the Dorothea Lange/Paul Taylor Prize, 1999, for his work in a Jewish Village in Azerbaijan; and the Alicia Patterson Foundation Grant, 1996. His work has appeared in many magazines including Time, Newsweek, and the New York Times.

This collection of images brings together two bodies of work: The Caucasus, which documents this region after the fall of the Soviet Union; and Haiti: The Boys of Summer, about a group of boys living on the streets of Port-au-Prince, whom I met while photographing there in 1994.

The first body of work, The Caucasus, seeks to portray the veneer and reality behind the socialist dream, after the fall of the Soviet Union. Born in Queens, New York, in 1960, I grew up in the shadow of the Cold War. The evil empire rhetoric of the Reagan years made a huge impression on me. In 1990, I traveled to Germany after the Berlin Wall fell. Soon after, I headed to the Soviet Union, in time to witness its collapse. I continued to return to the region over the course of ten years to document the newly-formed independent states that emerged in its aftermath. My multilayered black and white images form a comprehensive survey of the region post-dissolution.

This exhibition also featured work from Haiti: The Boys of Summer. In 1994, I traveled to Haiti, a few weeks before the return of President Jean-Bertrand Aristide, who had been living in exile following a September 1991 military coup. As I was walking around Port-au-Prince one morning, I met a group of boys asleep on the street huddled together. They became fast friends and this work is a visual journey into that summer, as I documented these boys’ daily lives, as they played ball, found things to eat, begged for money, fought, bought glue to sniff, and found places to pass out.