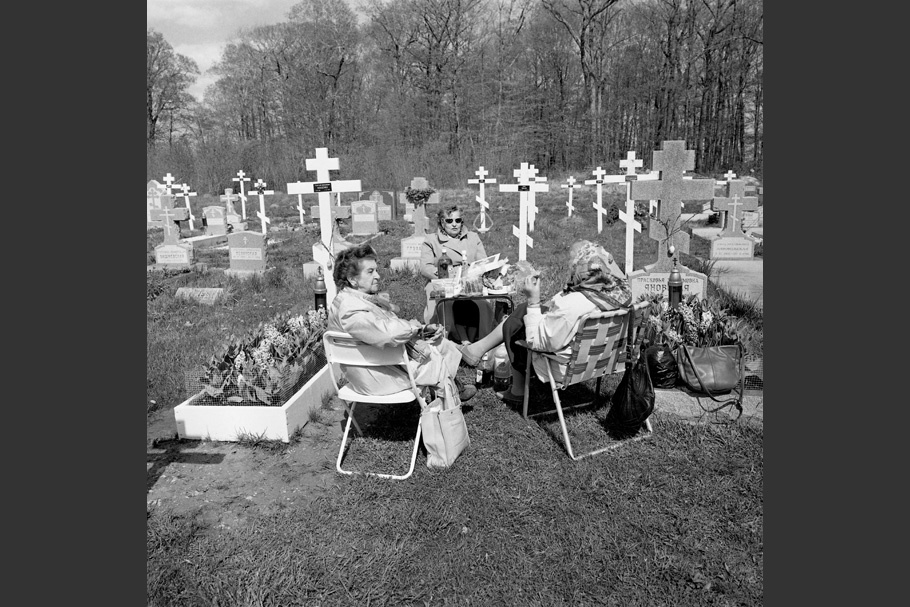 One week after Russian Easter, family and friends gather in a traditional memorial service to remember the dead. They honor their loved ones with prayer and food offerings. While reverent, the ceremony is also a joyous celebration. Spring Valley, NY, 1997. 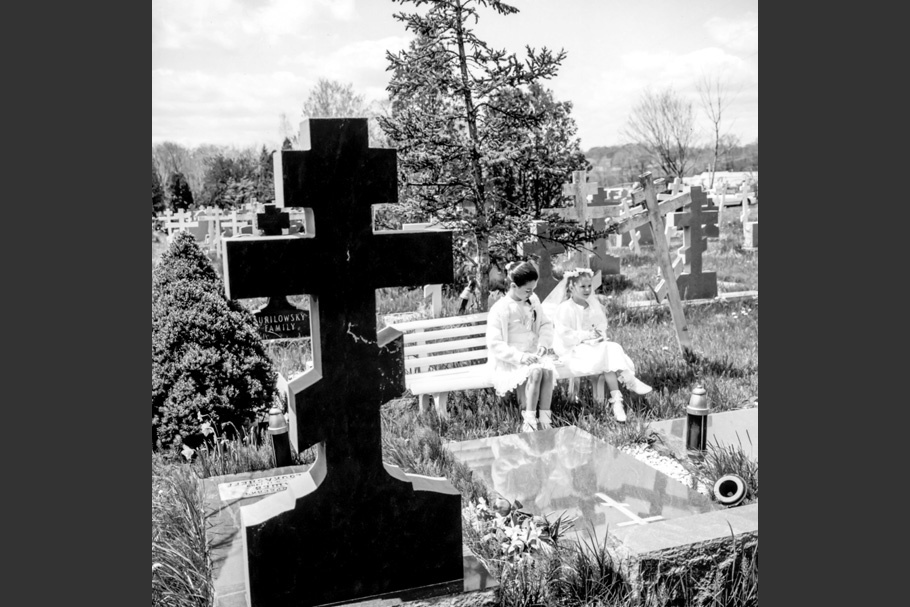 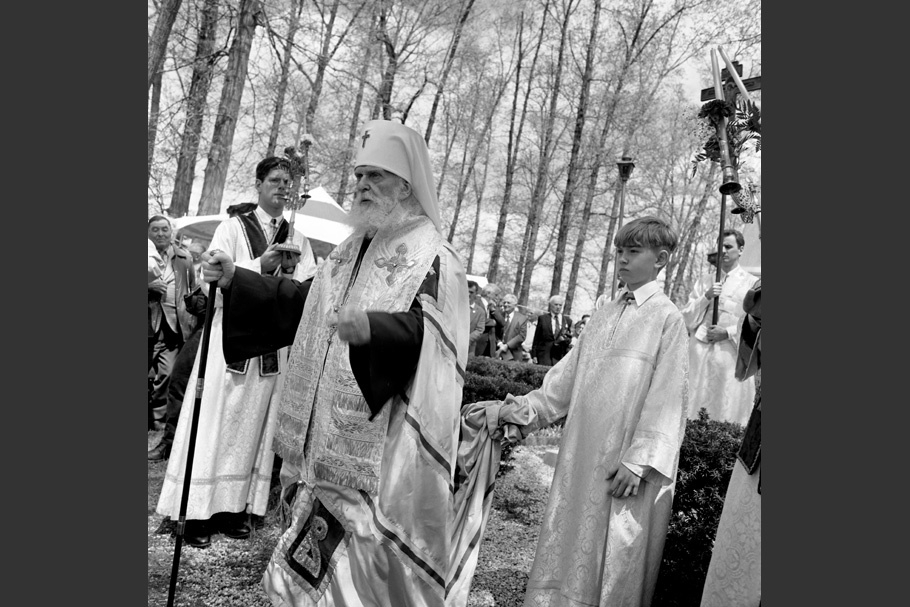 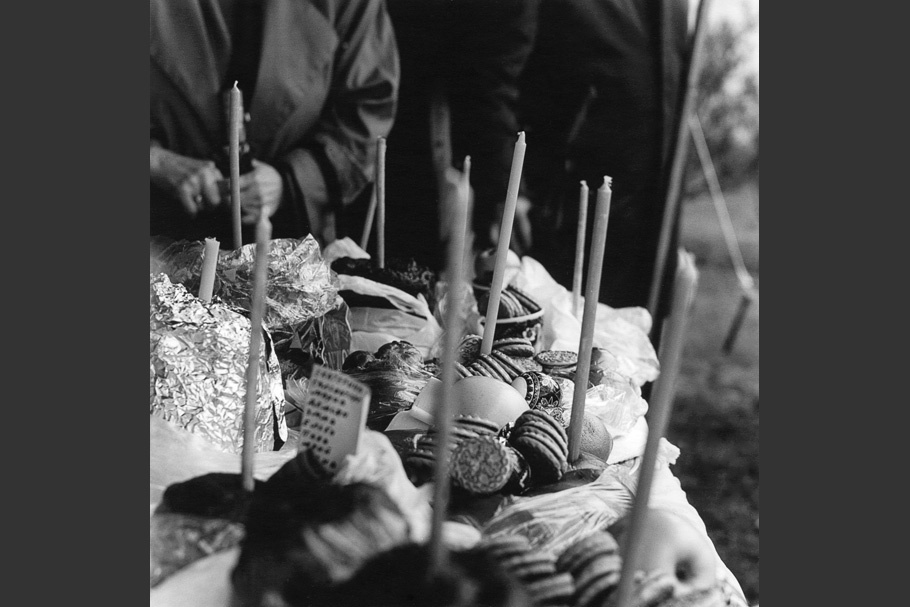 Candles and cookies in remembrance of loved ones. Spring Valley, NY, 1997. 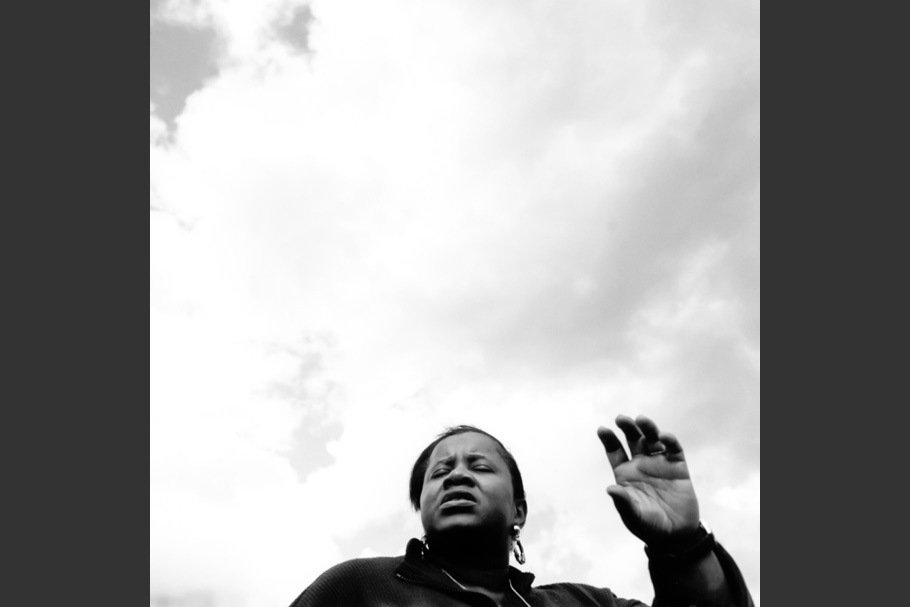 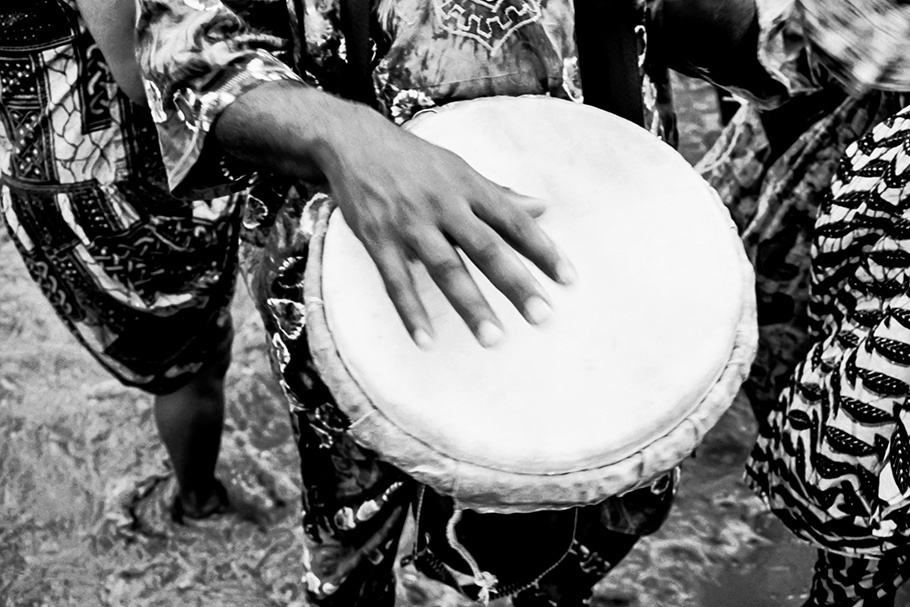 The people of the Sun Collective gather each June for a service to mourn and honor the slaves who died during the Middle Passage. Dance, song, poetry, and prayer unite the spiritual with the cultural as history is taught and remembered. Prayers, flowers, and food are offered to the ocean in honor of the ancestors. Coney Island, Brooklyn, NY, 1994. 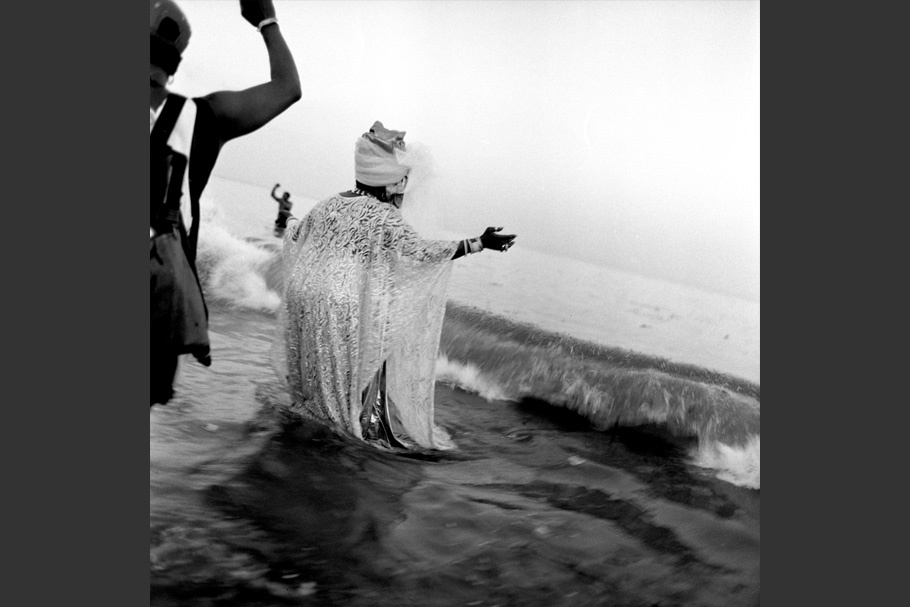 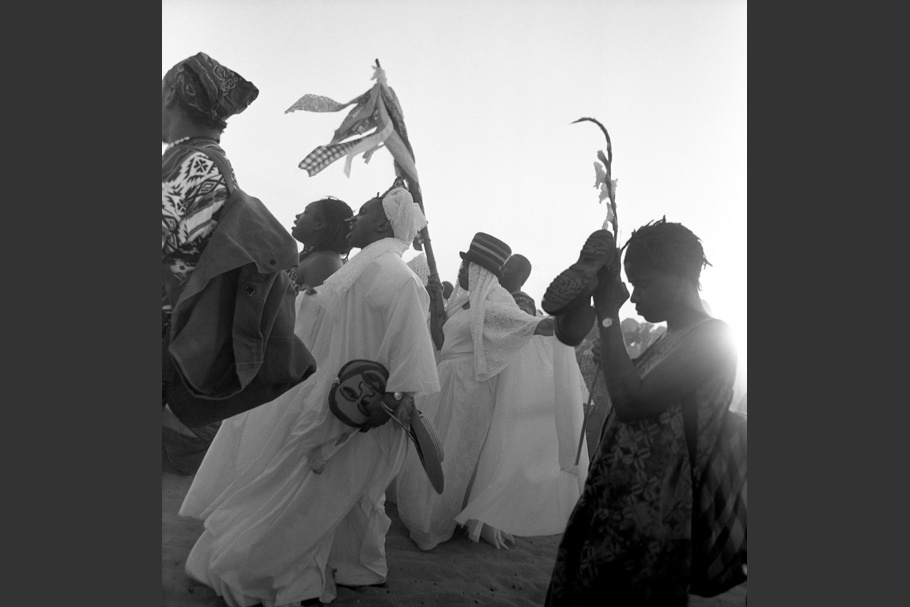 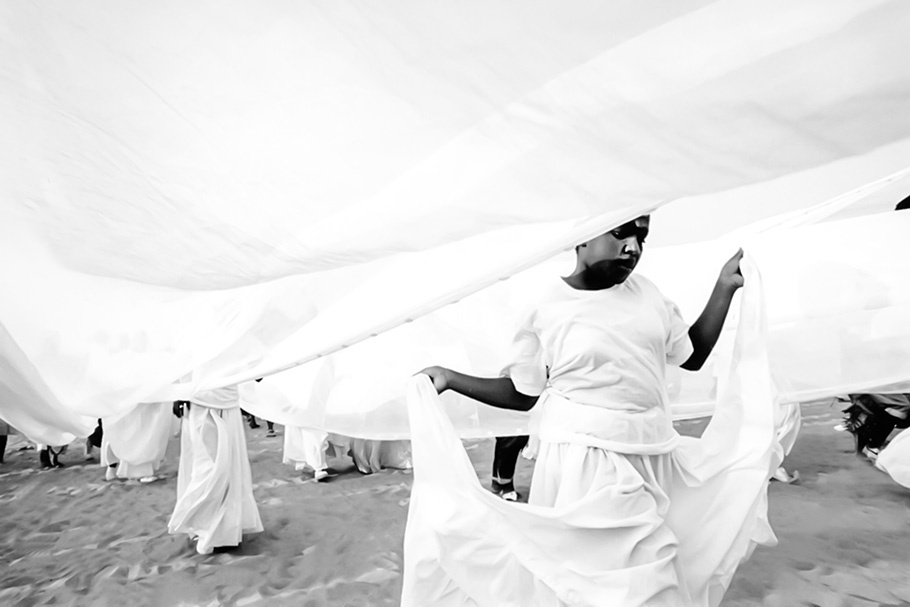 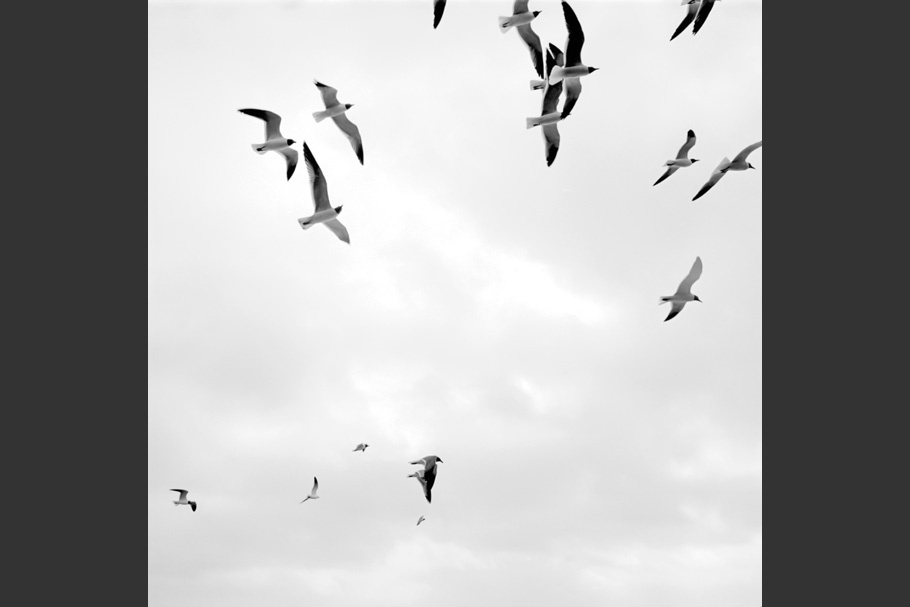 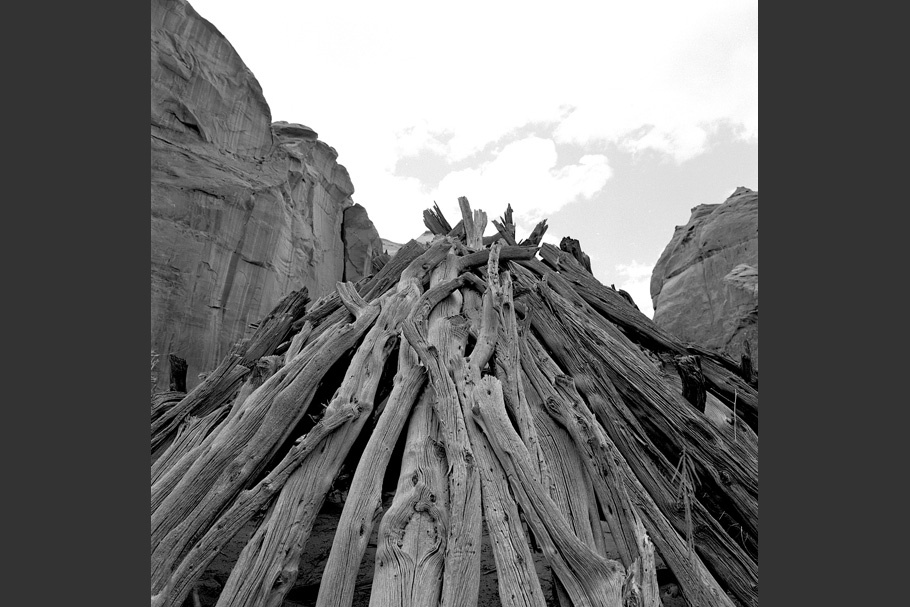 In the Native American Navajo and Pasqui Yaqui communities, some traditional remembrance, mourning, and burial rituals have been influenced by American culture and Christianity. 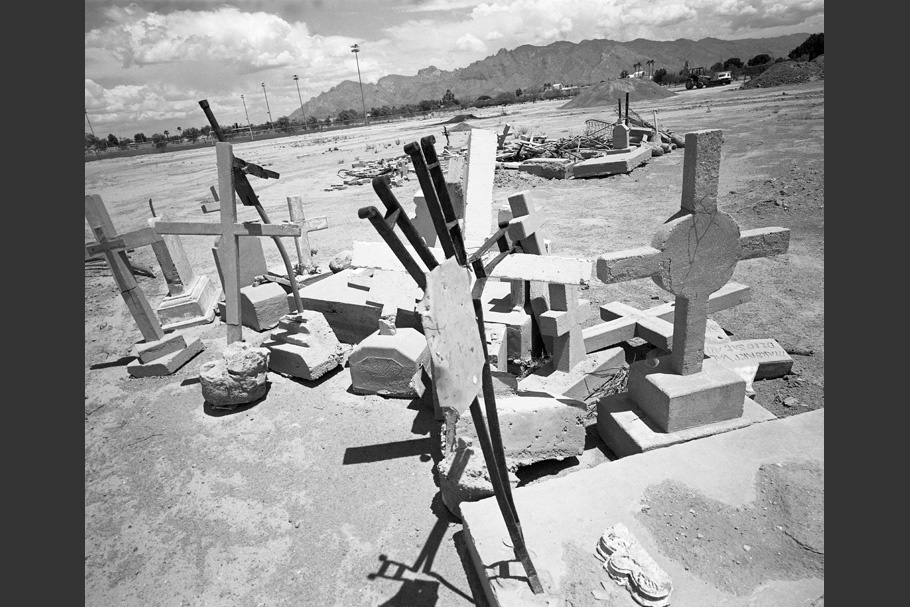 Graves in the Tucson Cemetery in the process of being dug up. Tucson, AZ, 1997. 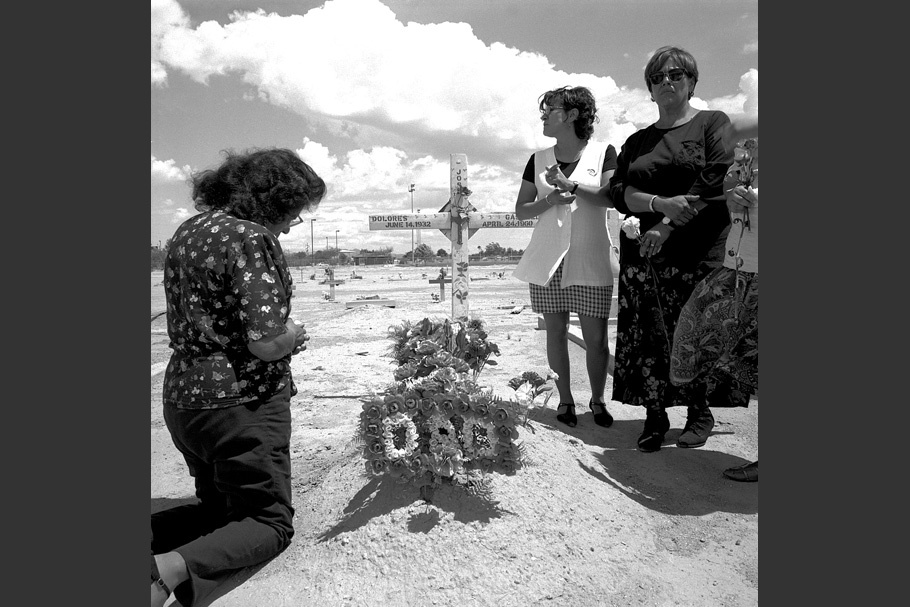 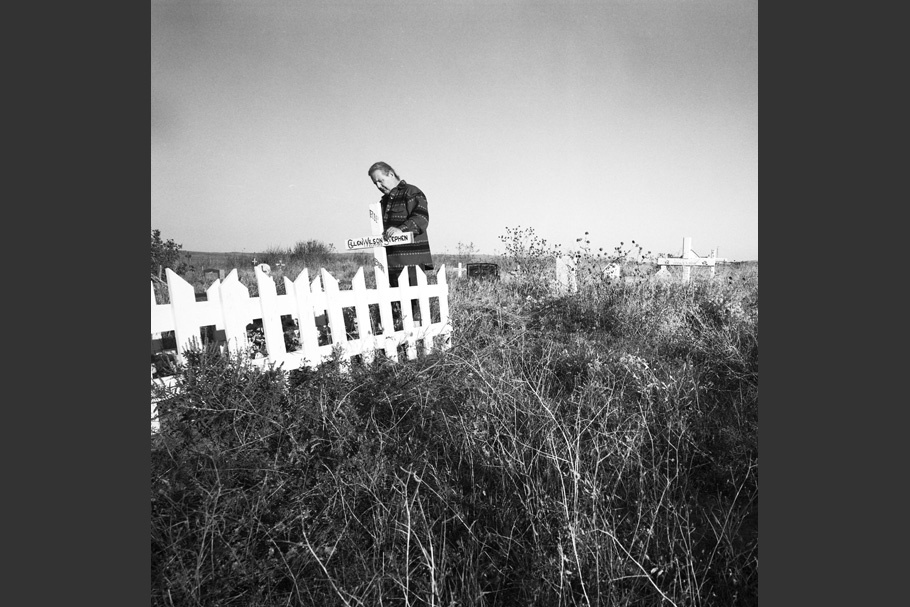 A hospice worker at the grave of a friend. South Dakota, 1996. 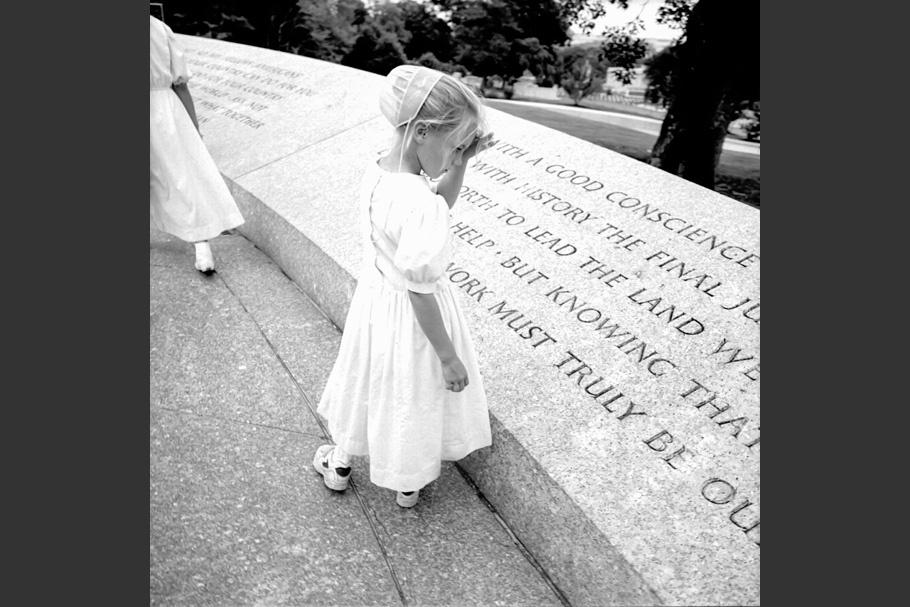 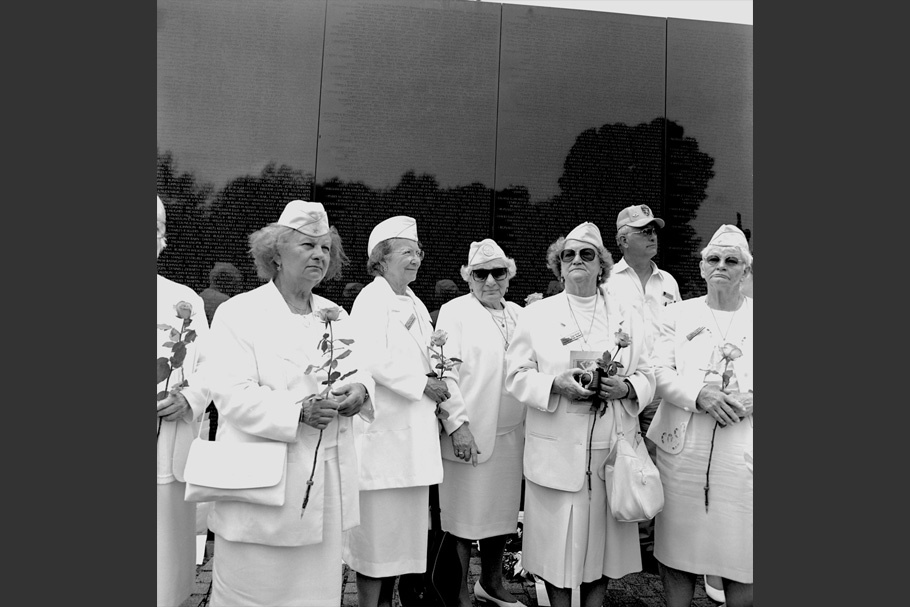 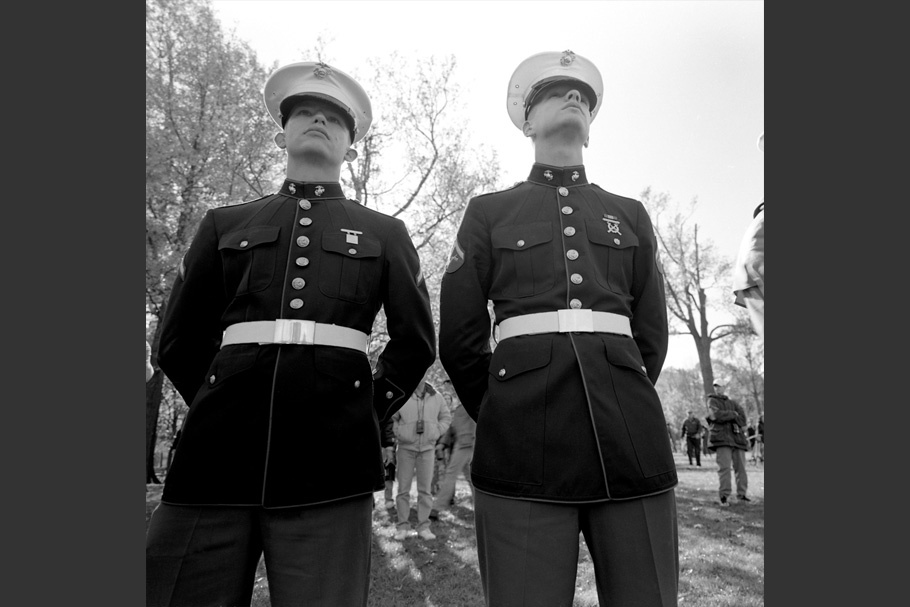 Bastienne Schmidt’s work is in the collections of the Brooklyn Museum, the Houston Center for Photography, the International Center of Photography, and the Museum of Modern Art in New York, among others. In 1996, she published a book about death rituals in Latin America entitled Vivi la Muerte, and in 1998, her second book entitled American Dreams was published.

Philippe Cheng is working on several book projects including, Echo Still: New York Photographs, Bullets in the Sand: Coney Island Photographs, and a book of wedding photographs entitled Forever & A Day. Their photographic and video collaboration began in 1997 with a grant from the Open Society Foundations’ Project on Death in America.

We traveled from 1996 to 1998 throughout the United States to document how Americans were dealing with death and dying.

The subsequent project, Requiems, Remembrance and Mourning, is a journey exploring our diverse cultures of death and dying: how do we emotionally, spiritually, and practically experience loss, grief, and mourning, and how do our social and cultural environments impact and shape these responses?

Included in this exhibition are photographs documenting a group of mothers in Birmingham, Alabama, who had lost their children through gun violence and gathered to give each other support and fight further violence. We also documented a Navajo memorial celebration near Flagstaff, Arizona, a visual exploration that exists at the junction between a U.S. Army burial and the values and rituals of the Native American community.

In Spring Valley, New Jersey, we witnessed a Russian Orthodox ceremony where the gathering of loved ones and the sharing of a meal and drinks bond the living to the dead. This connection is symbolized by a religious service inside the church: a blessing of those who died as the priest moves from grave to grave, and to the families who bring out lawn chairs and share eggs and vodka with the living.

We also photographed in the Coney Island neighborhood of Brooklyn, New York, during a ritual called “Tribute to Our Ancestors of the Middle Passage,” that serves as a remembrance of the crossing of slaves, who lost their lives during the Middle Passage. Led by a procession of drummers, the attendees, most dressed in plain white robes, are led to the ocean where flowers, fruit, and blessings are placed in the water amidst singing and prayers.