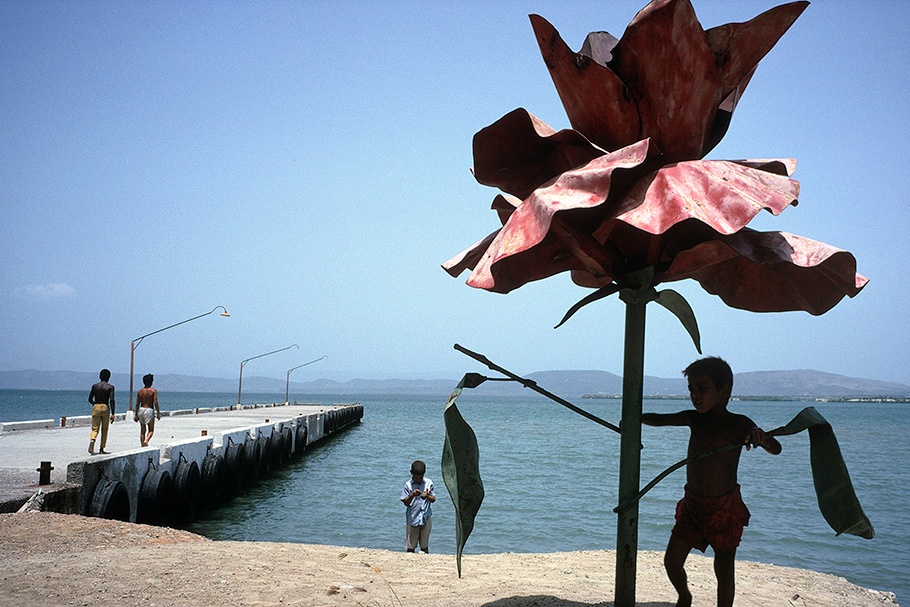 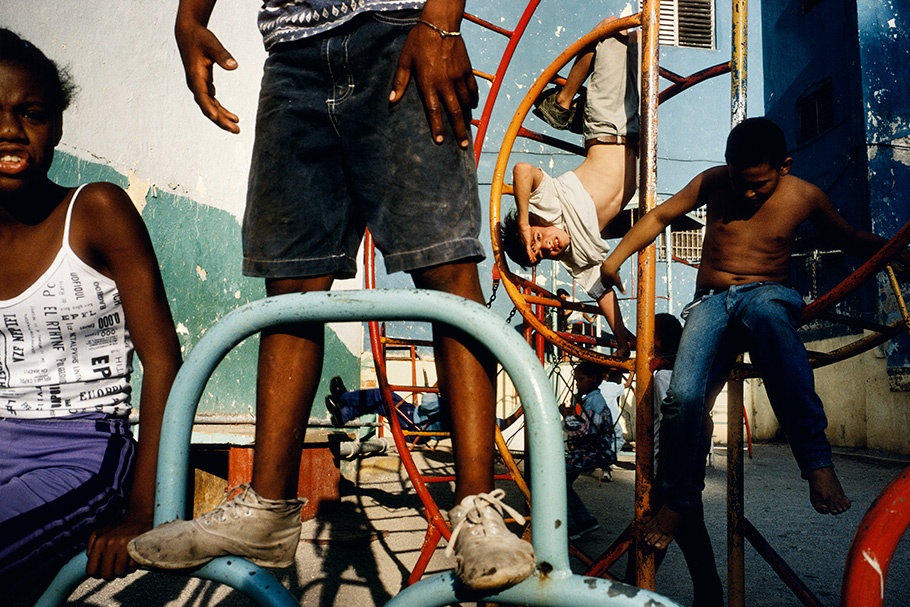 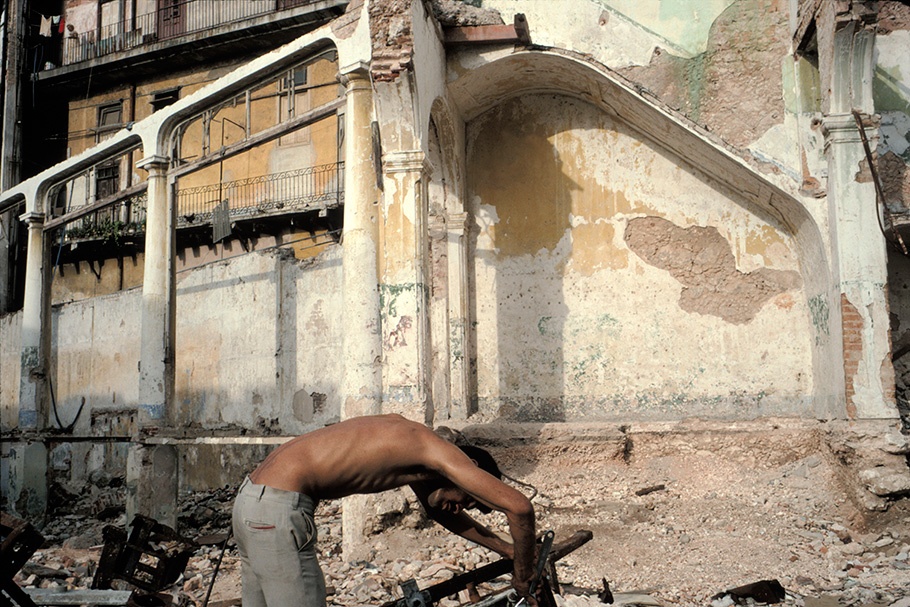 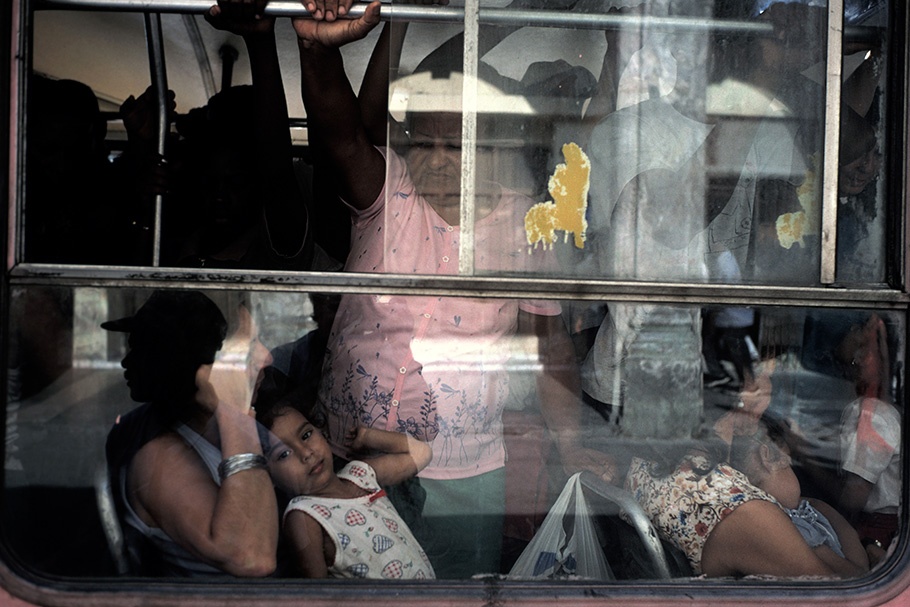 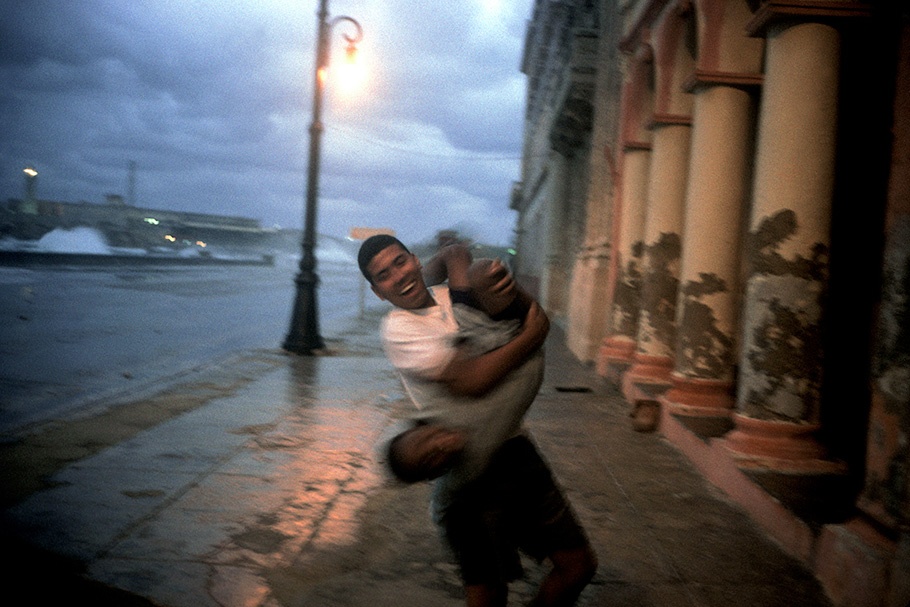 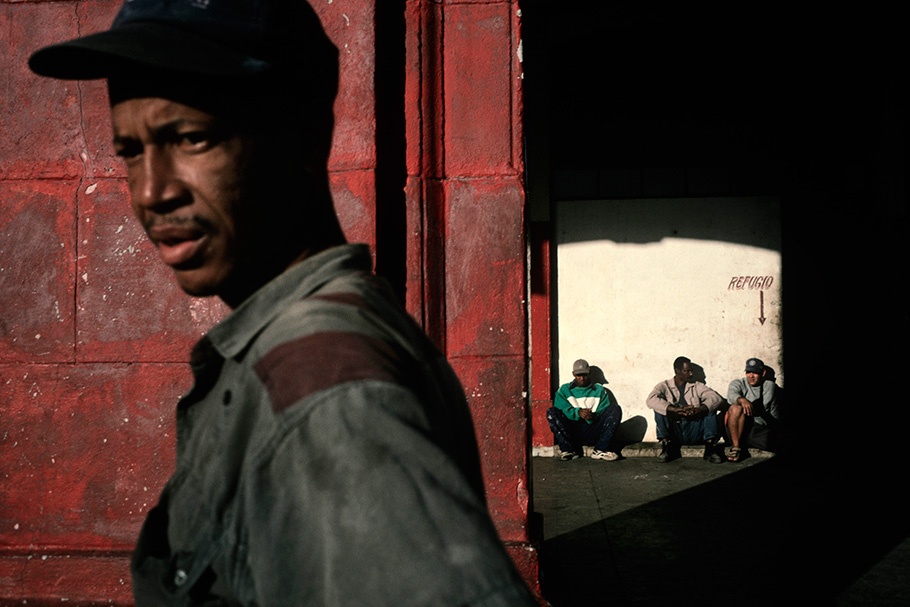 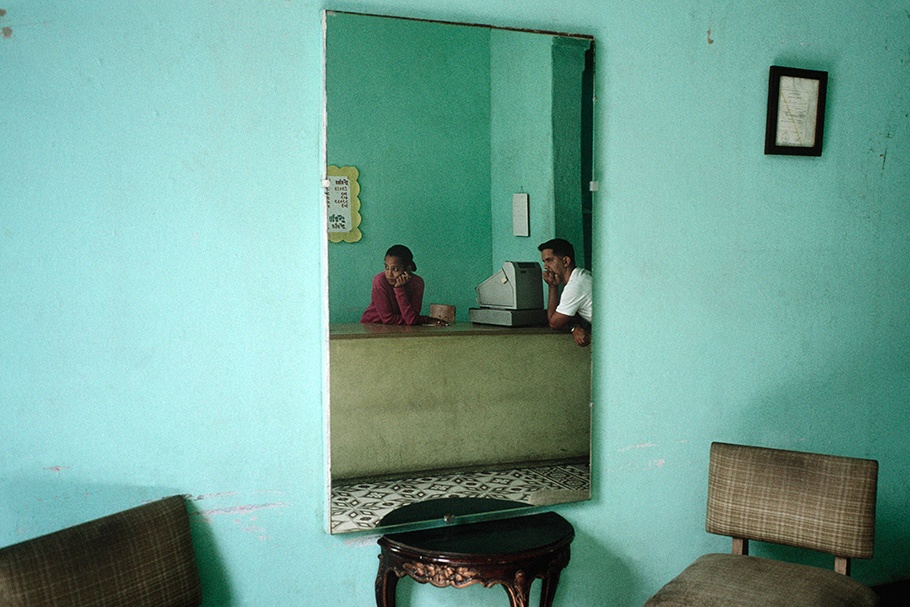 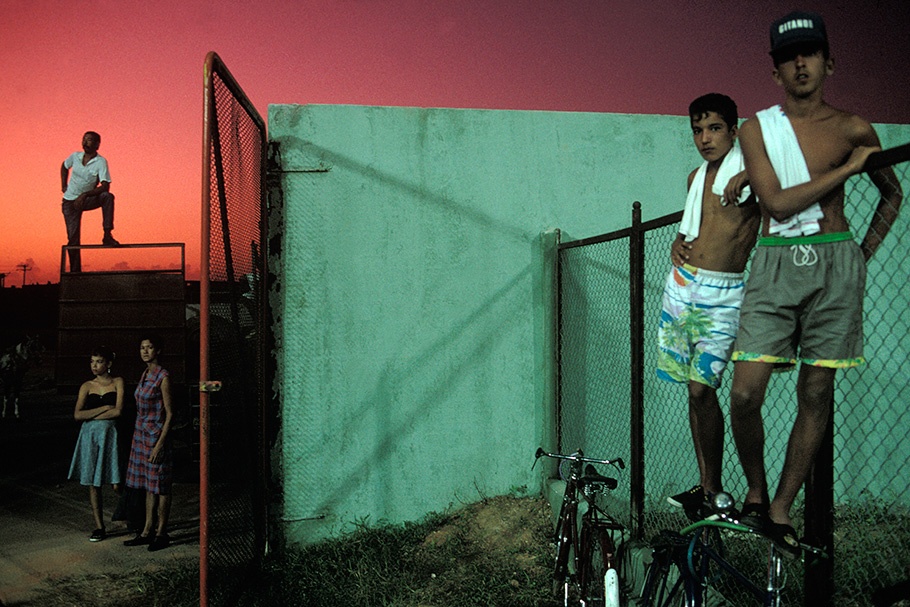 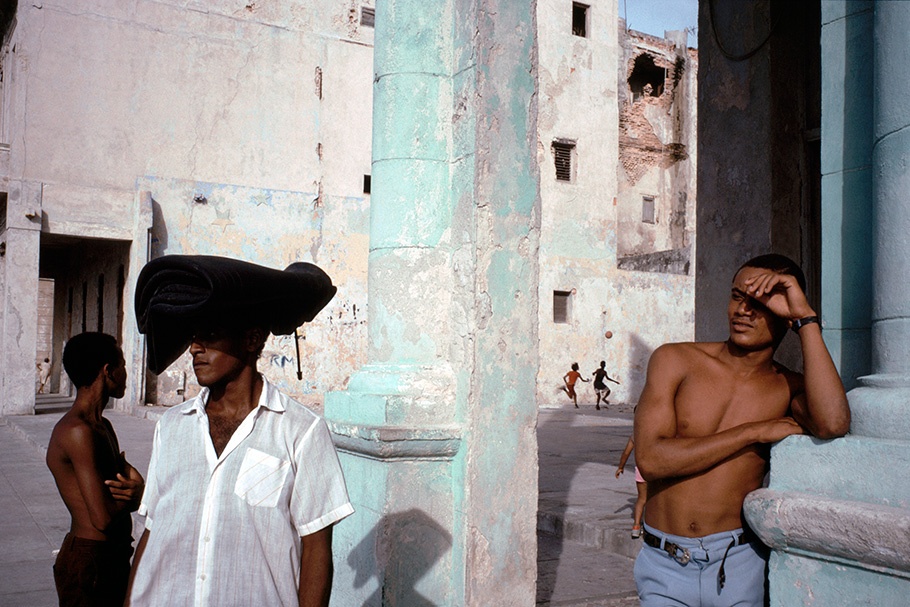 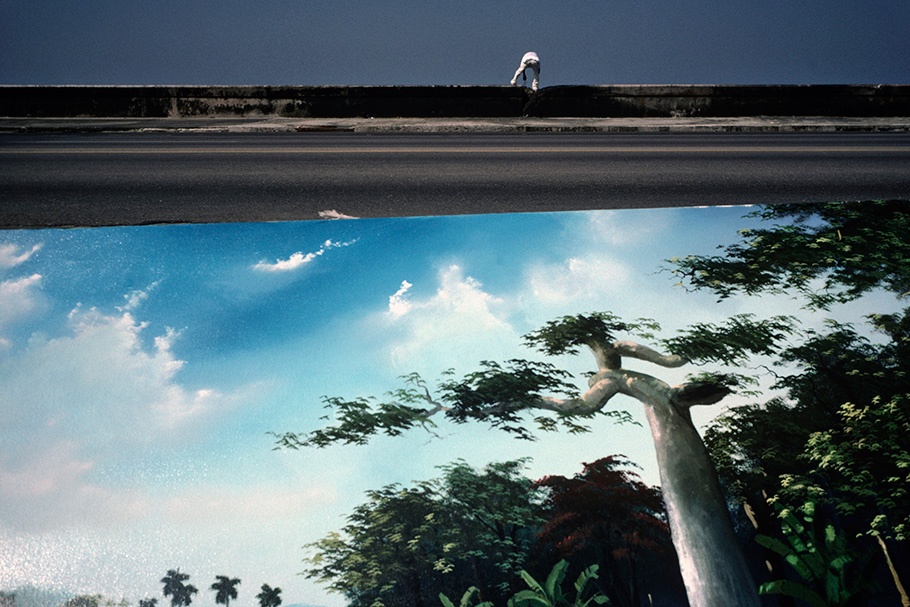 Alex Webb was born in San Francisco in 1952. He studied history and literature at Harvard University and began working as a professional photojournalist in 1974. He joined Magnum Photos as an associate member in 1976, becoming a full member in 1979.

Webb has photographed extensively in the United States, the Caribbean, Latin America,  Africa, and most recently in Istanbul. His photographs have appeared in such publications as The New York Times Magazine, Life, Geo, Stern, and National Geographic. He has published five books: Hot Light/Half-Made Worlds (1986), Under a Grudging Sun (1989), From the Sunshine State (1996), Amazon (1997), and Crossings (2003). He has also created a limited edition book titled Dislocations (1998-99).

Webb received a New York Foundation of the Arts Grant in 1986, a National Endowment for the Arts Fellowship in 1990, and a Hasselblad Foundation Grant in 1998. He won the Leopold Godowsky Color Photography Award in 1988, the Leica Medal of Excellence in 2000, and the David Octavius Hill award in 2002. Museums that have exhibited his work include the Walker Art Center, the Museum of Photographic Arts, the International Center for Photography, the High Museum of Art, the Southeast Museum of Photography, the Museum of Contemporary Art San Diego, and the Whitney Museum of American Art.

In Spanish the word esperando translates as both “waiting” and “hoping,” a layered meaning that starts to get at the Cuba I’ve photographed for the last decade.

I first went to Cuba in 1993, shortly after the collapse of the Soviet Union. Cuba had grown dependent on Soviet aid, and without its support the island fell into economic hardship. Despite evidence of this strain, I was struck by the vitality of the people.  I traveled all around—to the east of the island, to Santiago, Contremaestre, and near Guantanamo, as well as to areas closer to Havana, such as Trinidad, Cienfuegos, and Sancti Spiritu. But I was particularly taken with Havana. Since 1975, I had photographed extensively in the Caribbean and it was clear to me that Havana is the Caribbean’s great city, with a unique weight and majesty.

I was captivated by the island in 1993, but was deterred by the fact that so many photographers in the nineties seemed to want to photograph in Cuba. It was only seven years later, in 2000, when teaching a photography workshop in Havana, that my initial fascination with Cuba deepened into something more complex and emotionally meaningful. Since then I have returned to Cuba and photographed every year.

Each time I go, I wander the streets, especially Havana’s, working spontaneously, allowing the camera to lead me where it will. I respond to the rhythms of street life, above all to the sense of waiting in Cuba, a sense that seems to pervade the society. Cubans hang out.  There is not a lot of work. But beyond that, there seems to be a more metaphorical kind of waiting—an uncertainty about the future. With Castro in his waning years, this is a unique time in Cuba’s history. What does the future hold for this complicated island?