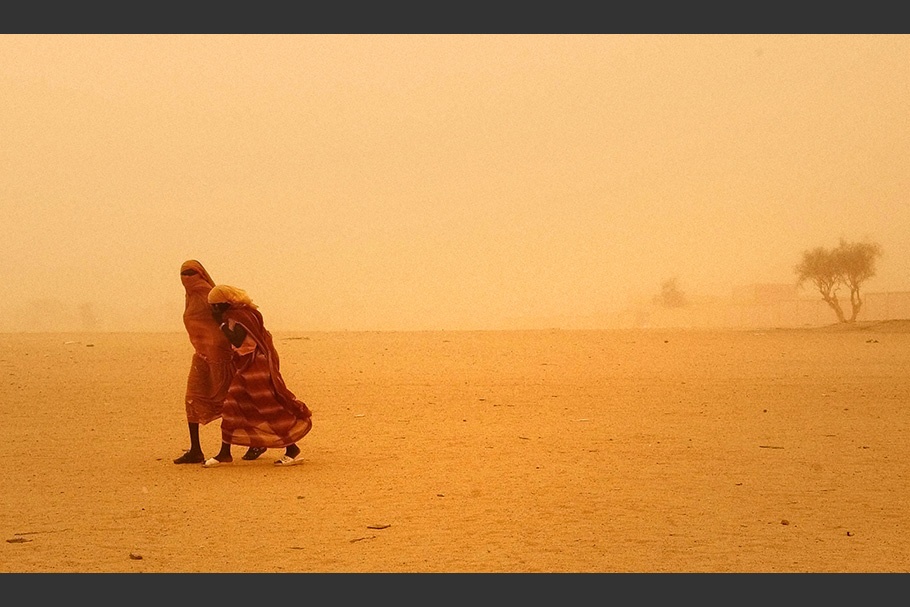 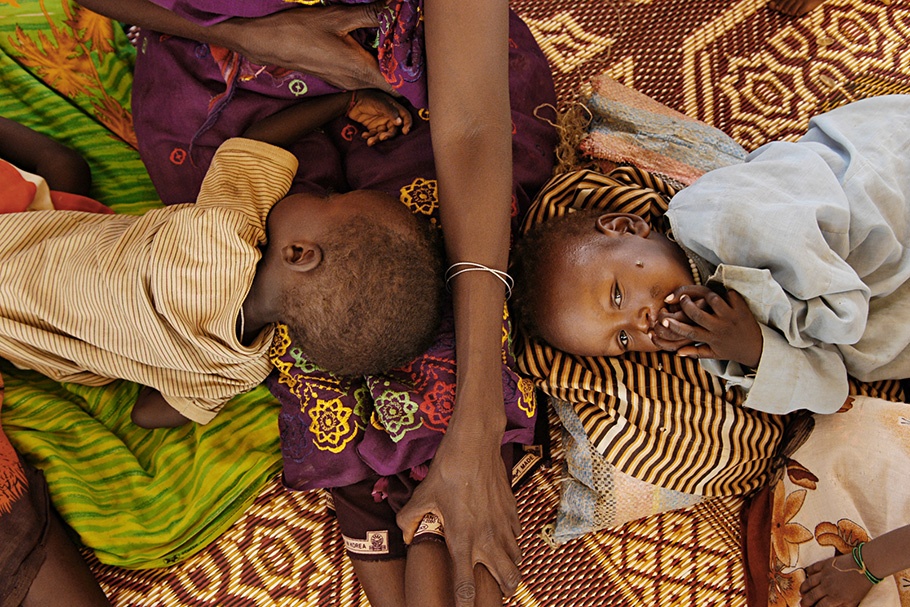 Two malnourished children lie in a feeding center at the Oure refugee camp. 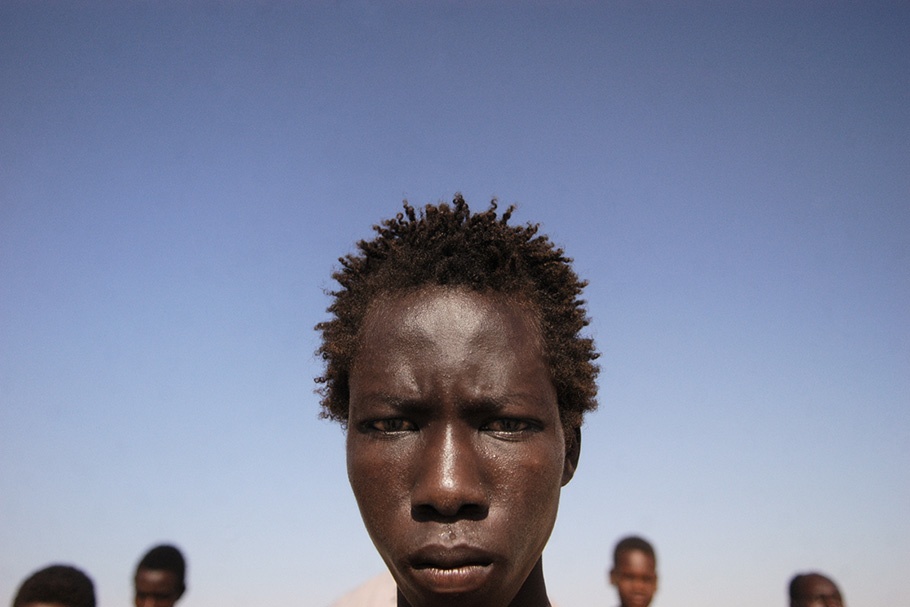 Abdul Hussein Majid Quing, 16, stands at attention during a training session with the Sudanese Liberation Army. 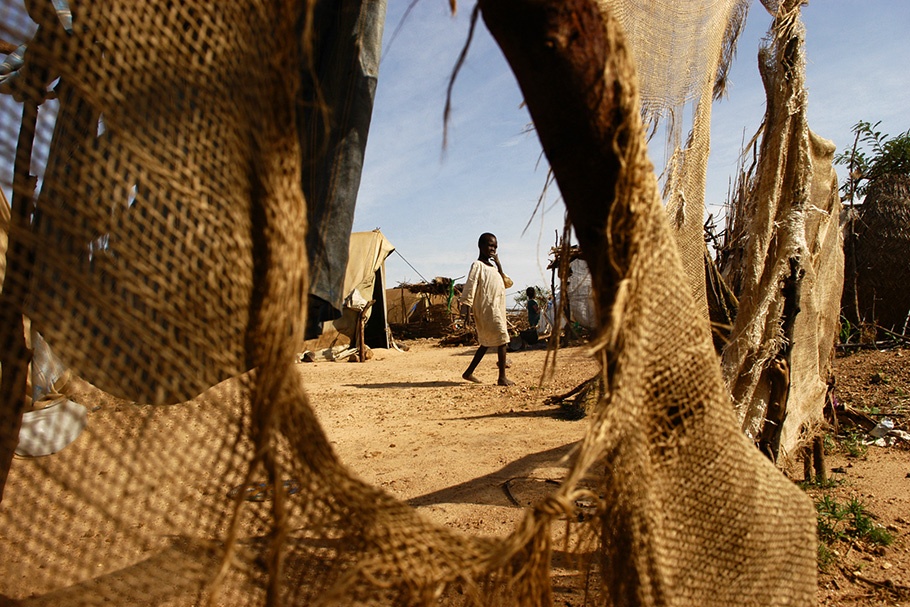 A Sudanese boy walks through the Breidjing refugee camp in Chad. 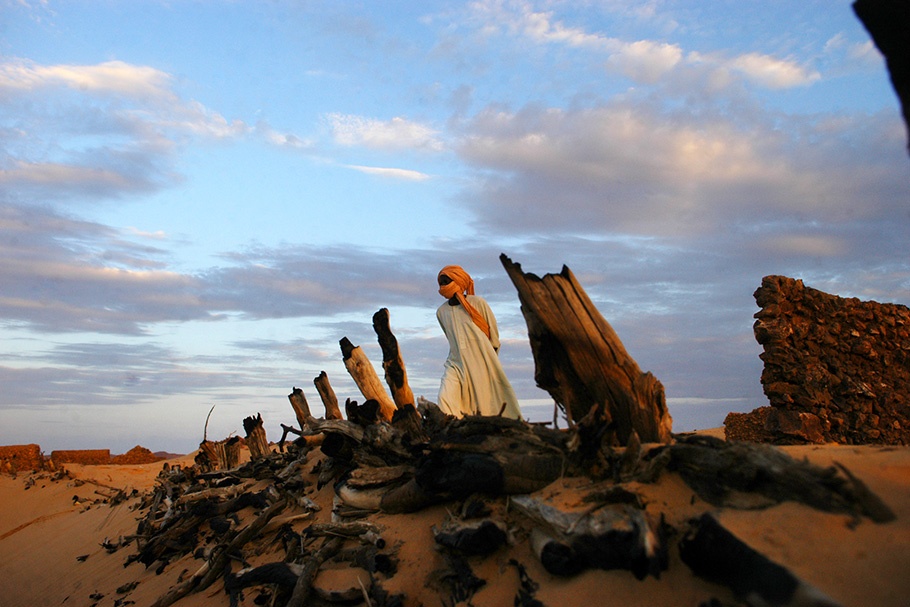 A Sudanese Liberation Army soldier walks through the remains of Hangala, which was burned by Janjaweed soldiers several months earlier. 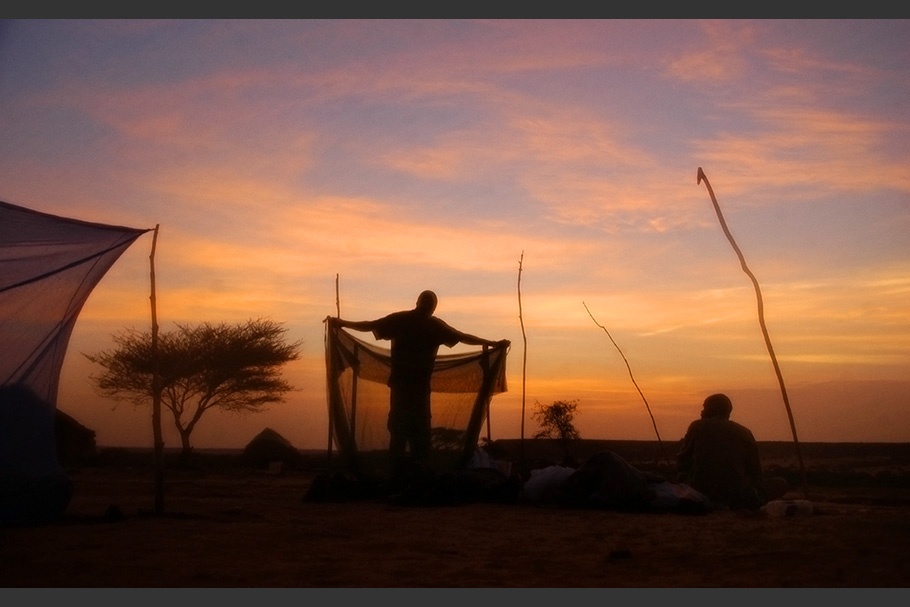 Soldiers with the Sudanese Liberation Army fold up their mosquito nets. 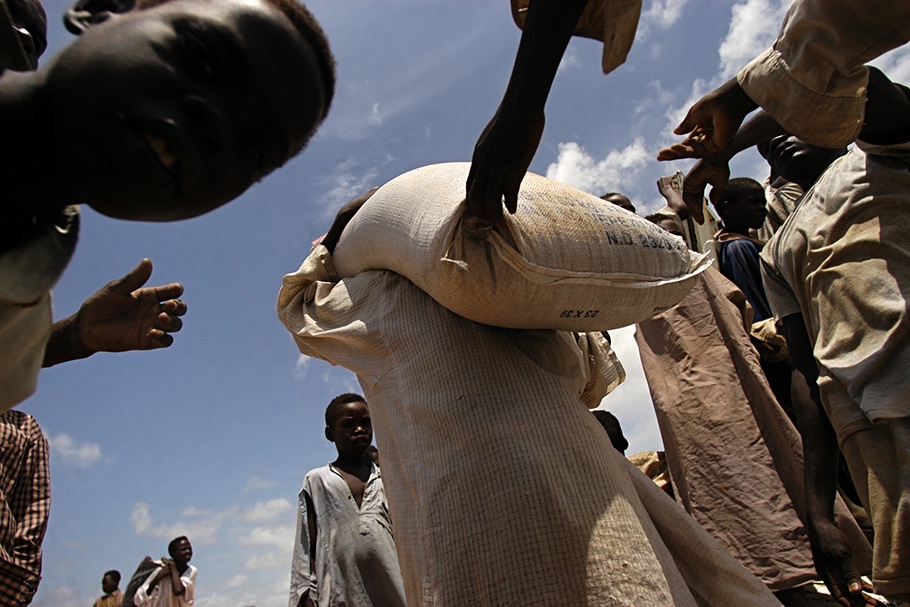 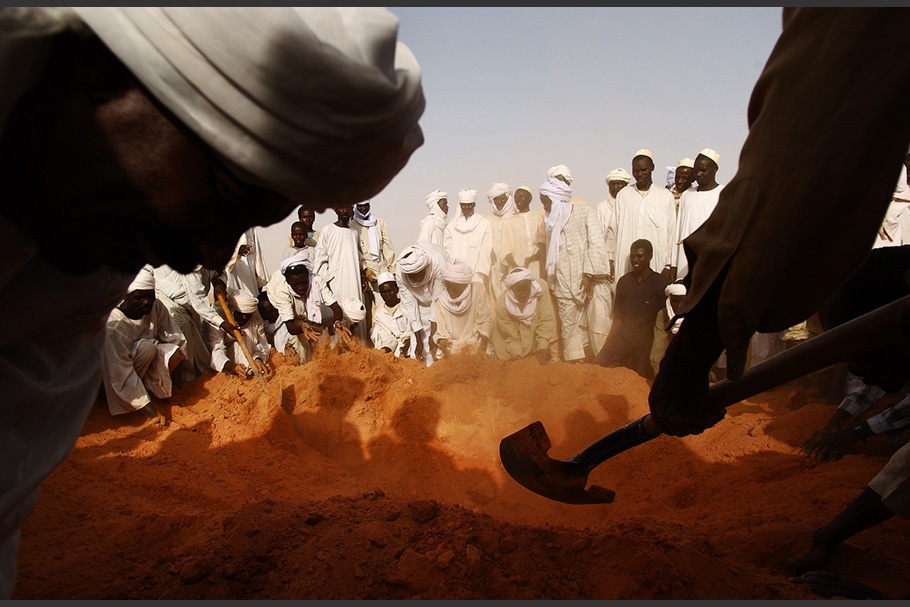 Sudanese refugees dig a grave for a refugee who died a few hours earlier from an on-going illness. 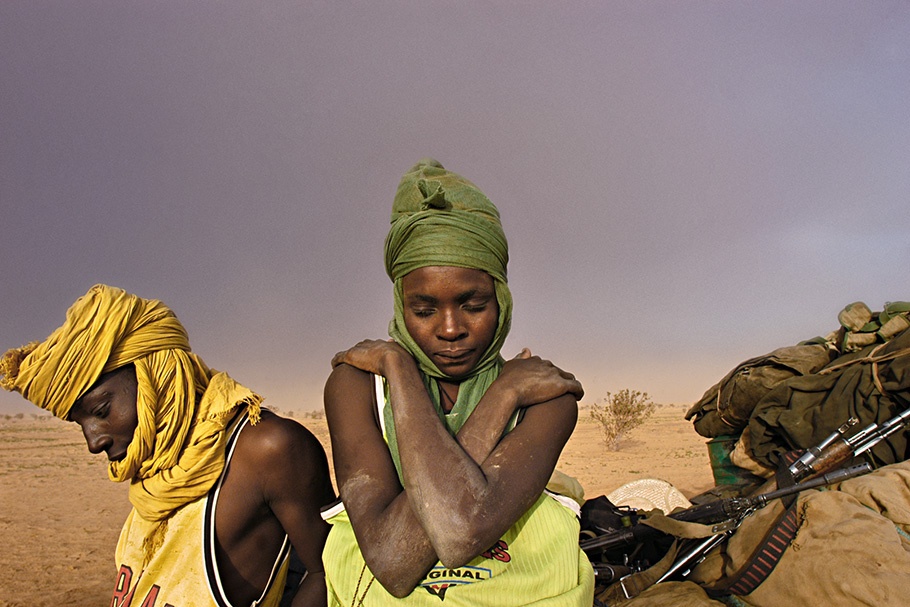 Soldiers with the Sudanese Liberation Army sit by their truck, which has gotten stuck in the mud on the way to Darfur from Chad. 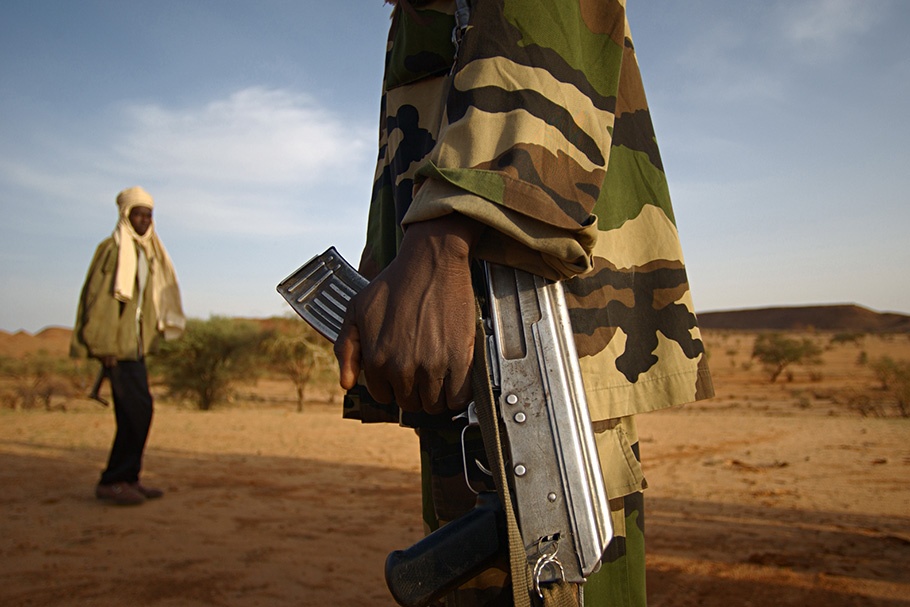 Soldiers with the police division of the Sudanese Liberation Army train at a base in the village of Shigekaro, an SLA stronghold. 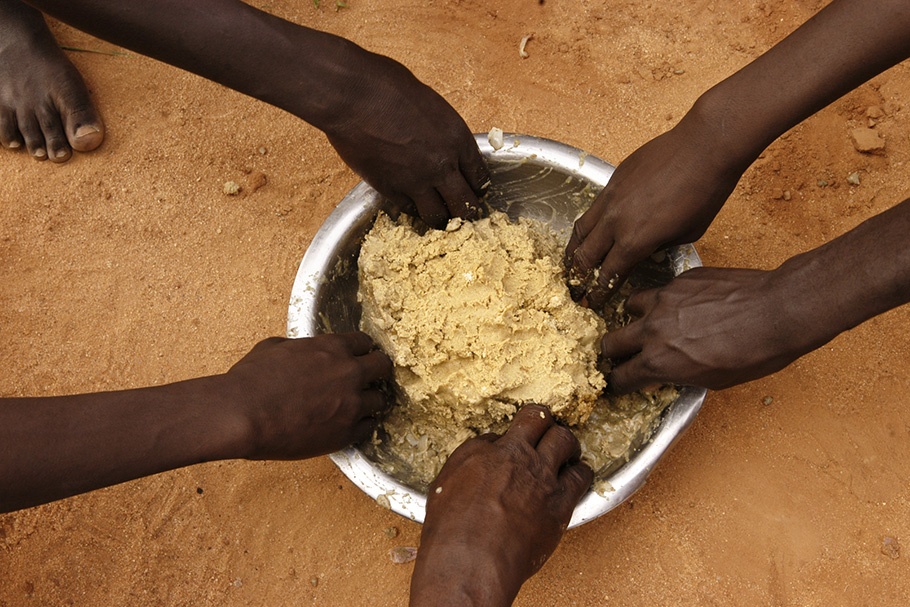 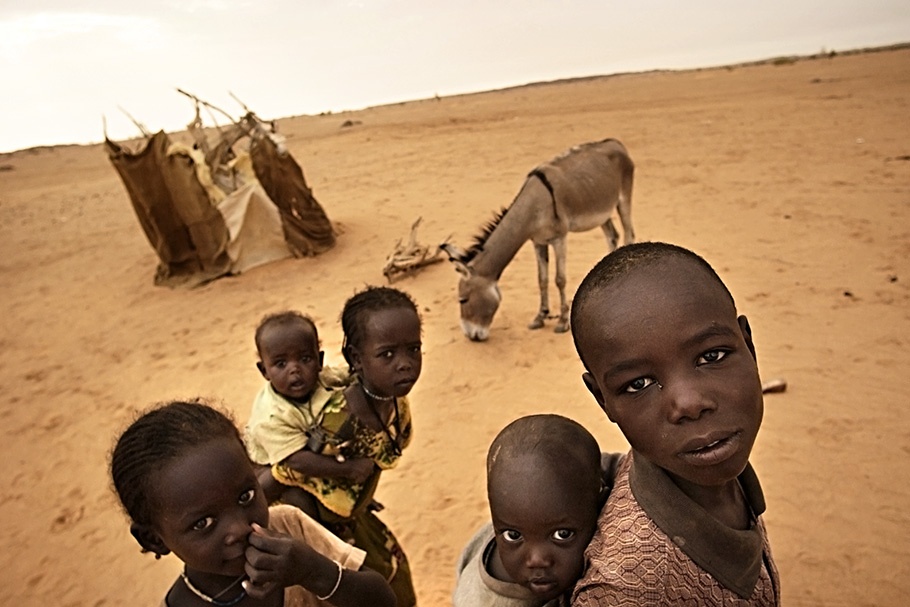 Sudanese refugees stand outside a tent at dawn in the Oure Cassone camp. 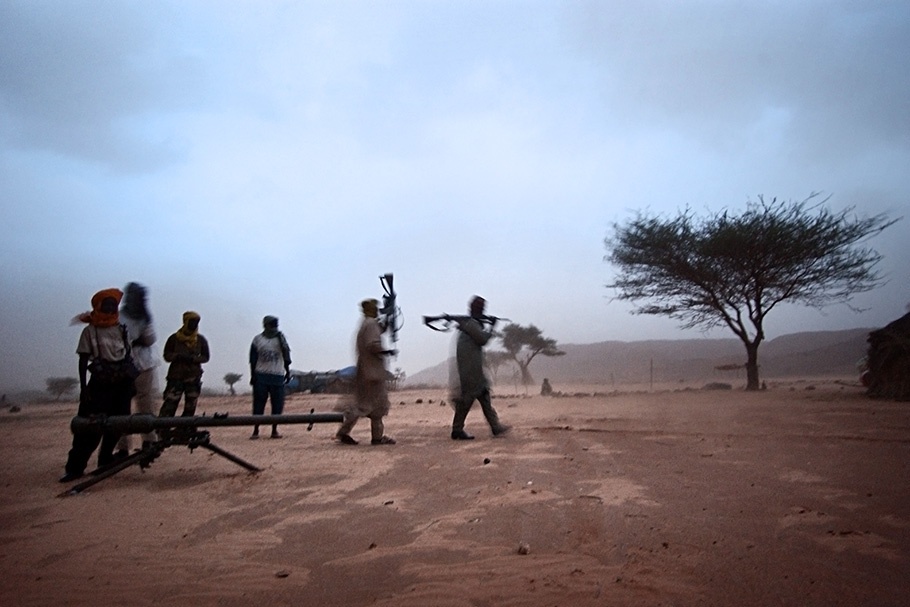 Soldiers with the Sudanese Liberation Army train at a base in the village of Shigekaro. 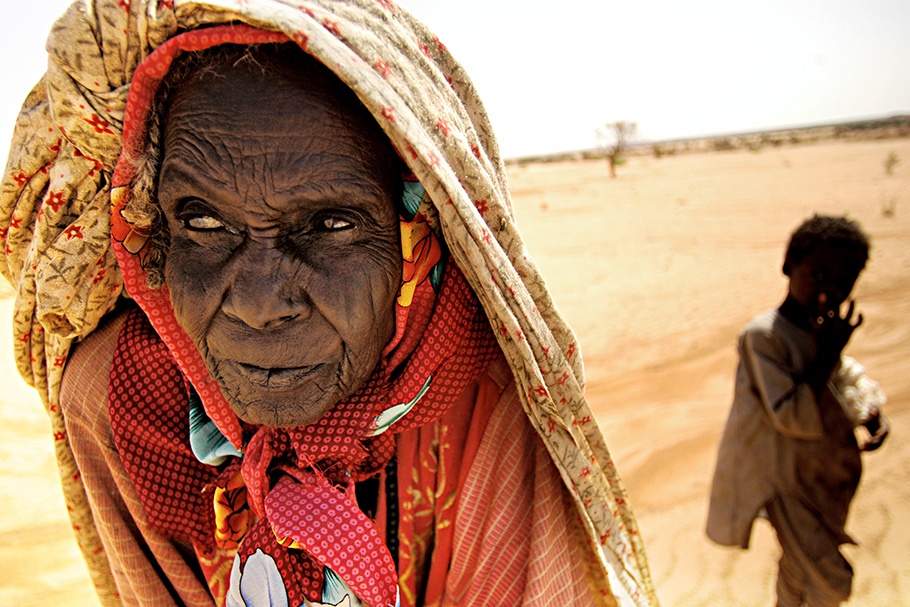 Asher stands in the desert with five other women after walking for hours towards Shigekaro in search of food aid. Asher and her family fled their village in Darfur after they heard airplanes, a sign usually announcing a Janjaweed attack. They have been hiding in the hills since. 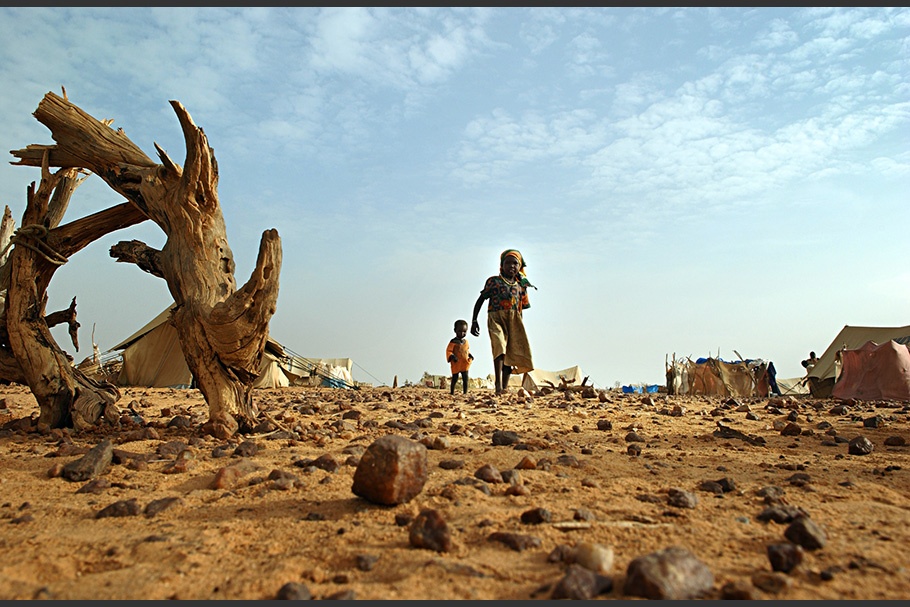 Dawn at the Oure refugee camp. Thousands of refugees have streamed out of Sudan into Chad. 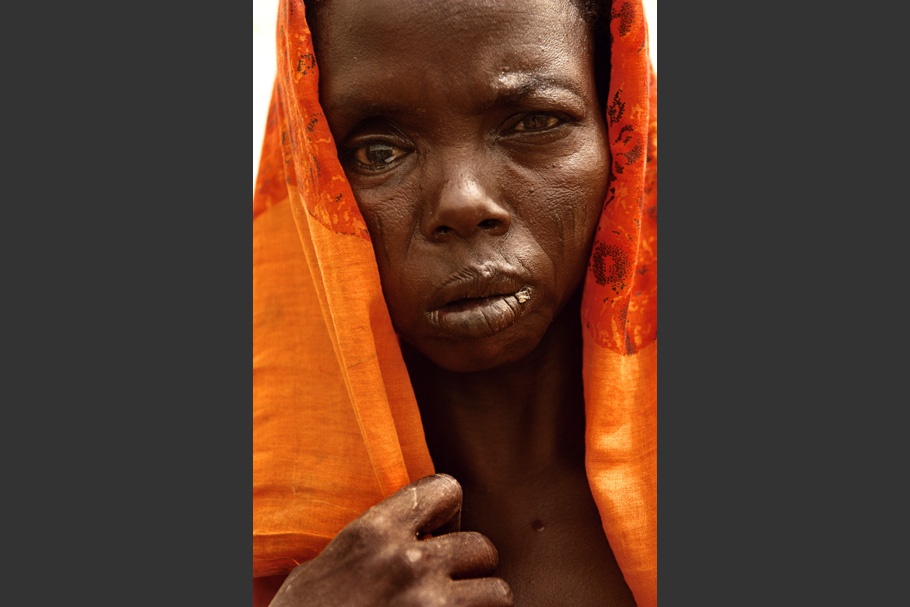 Fatima Tom Adam, 35, stands outside her tent in the Farchana camp, where she has lived since fleeing Sudan. Janjaweed soldiers killed her husband and shot her in the face almost two years ago, and she and her children escaped Sudan on foot to seek refuge in the camps in Chad.

Lynsey Addario was born in Westport, Connecticut, and received a BA from the University of Wisconsin, Madison. After photographing in Argentina, Italy, India, and Mexico, she has spent the last three years working out of Istanbul, Turkey.

Throughout her career, Addario has focused on human rights issues, ranging from the effects of the Castro regime in Cuba to life under the Taliban in Afghanistan to the war in Iraq. She has documented the human and psychological toll of the U.S. occupation in Iraq, while also shooting news features on the crisis in Darfur, women in Saudi Arabia, the lifting of sanctions in Libya, and the democratic movement in Lebanon.

Addario’s photographs have appeared in The New York Times, The New York Times Magazine, Time, Newsweek, and National Geographic Adventure, as well as several books on Iraq. She has exhibited her images in Connecticut and New York.

In 2005, Addario was awarded the Fuji prize at Perpignan for her work on wounded soldiers in Iraq and an honorable mention for her work on Sudan by the National Press Photographer’s Association. She won third place for in the Pictures of the Year awards for her 2003 work on the bombings in Turkey, and was one of 12 participants in the World Press Masterclass in Amsterdam in 2003. Addario in 2002 was named the Young Photographer of the Year by the International Center of Photography, and one of the Thirty Best Emerging Photographers by Photo District News Magazine.

Darfur was propelled into the international spotlight in 2003, when armed conflict broke out between local rebel groups and Sudanese government forces and their proxies, the Janjaweed. A vast multiethnic region of farmers and herdsmen in western Sudan, Darfur has since become synonymous with ethnic cleansing, as 2.5 million civilians—over 1/3 of Darfur’s population—have been forced from their homes by Janjaweed soldiers and other government-backed militias. These mass expulsions have been accompanied by a litany of atrocities, including wholesale destruction of villages, murder, rape, and looting. Though the Sudanese government repeatedly denies involvement in these crimes, there is an abundance of evidence to contradict their claims. The Janjaweed—who wear uniforms similar or identical to those of government soldiers—often attack in concert with the Sudanese army.

I began this photo essay in several of the refugee camps in Chad, where Darfurians continue to stream across the border in search of safety and humanitarian aid. The massive number of refugees has overwhelmed the resources of aid groups, and the few camps that exist are sites of devastation and desperation, lacking infrastructure, food, and medical services. Every refugee has a tale of torture and a fear of future attacks; many women have been raped.

From the camps, I walked with a few colleagues across the border from Chad into Sudan, to try to document the reality on the ground in Darfur. We traveled for seven days with one of the rebel groups, the Sudanese Liberation Army, across the desert and through burnt-out villages, some littered with the bodies of villagers allegedly killed in an attack by Janjaweed forces. The internally displaced people who remain in Darfur hide behind skeletal bushes and in the hills, with little food or water.

A ceasefire brokered between the government and the two rebel groups in 2004 has not stopped the genocide in Darfur. And despite attempts by the United Nations and the African Union to find a way out of the conflict, the situation today remains as dire, if not more so, than it was a few years ago. Meanwhile, the government continues to disavow responsibility for the actions of the Janjaweed, who go on pillaging with impunity, as Darfur falls further into darkness.