File 126 (Disappearing in the Caucasus) 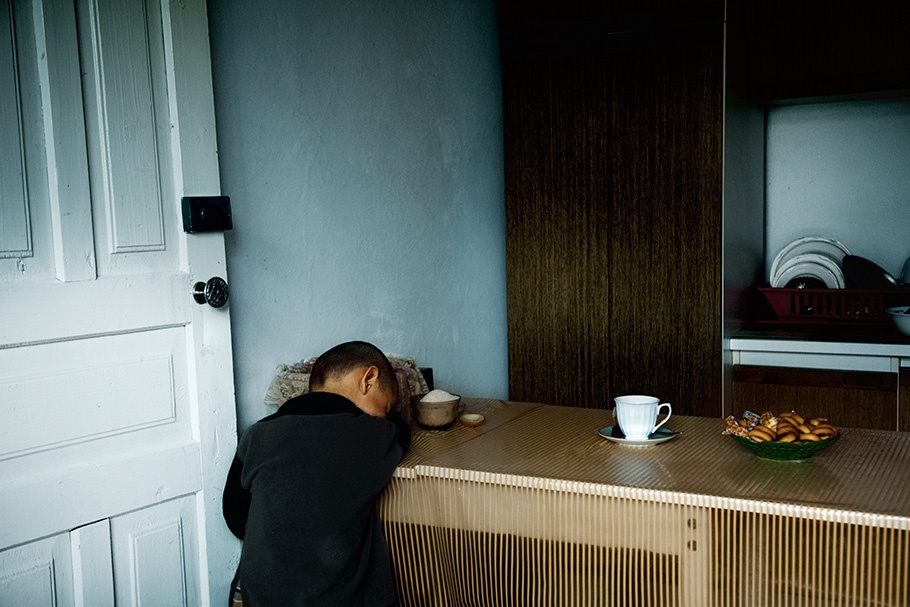 Rizvan Aziev disappeared on October 31, 2009, after armed, masked men in military uniforms invaded his home and took him away in a car. Aziev is believed to have been abducted under the guise of counterterrorism activities. Local prosecutors have told the family that they don’t have the power to investigate and Chechnya’s complex legal system makes it nearly impossible for citizens to identify which agencies are responsible for arrests and detentions. 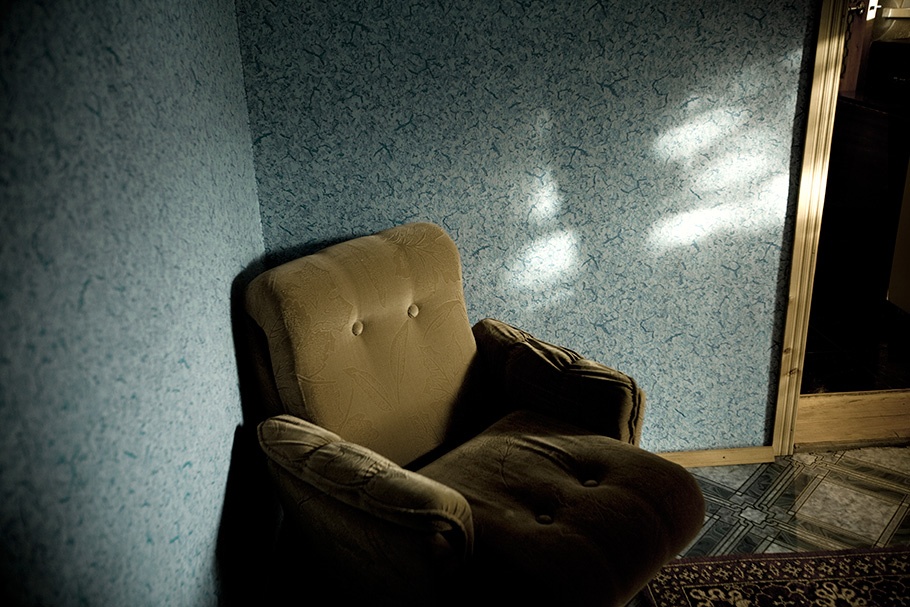 A chair belonging to Musa Akhmadov, abducted by the military on March 6, 2002.

Akhmadov’s family has not seen or heard from him since soldiers at a military checkpoint stopped his car, seized his documents, and took him into a military building. Akhmadov’s wife immediately filed a complaint in accordance with Russian criminal codes, but officials ended the investigation two months later, citing a “lack of evidence.” 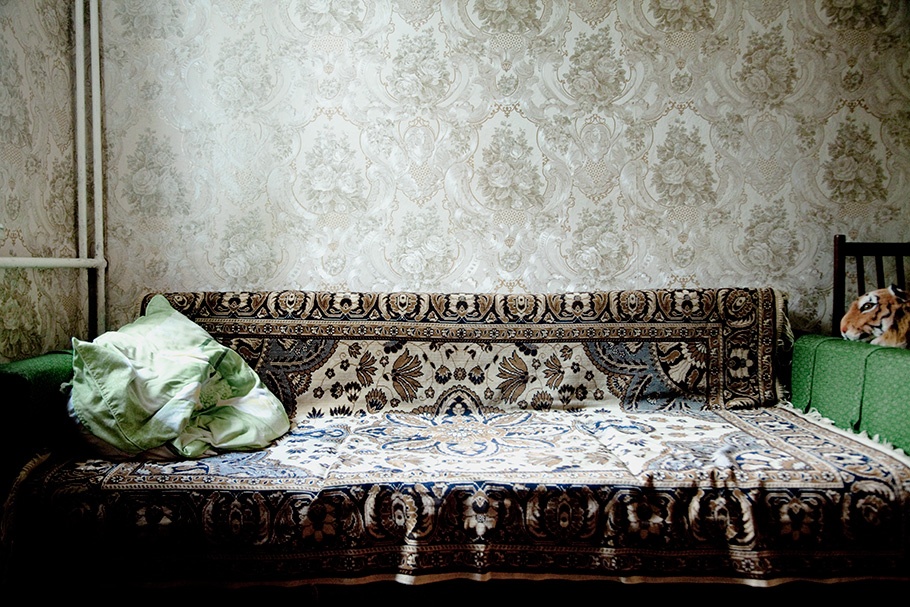 The room and a tiger doll belonging to 26-year-old Batyr Albakov who was abducted and executed in July 2009.

Albakov’s bullet-riddled and mutilated body was found two weeks after he was arrested by police. Since 2006, over 500 people have been officially registered as abducted in the territory of Ingushetia. The president has offered his sympathies to families but claims he has no control over military contractors suspected of the abductions. 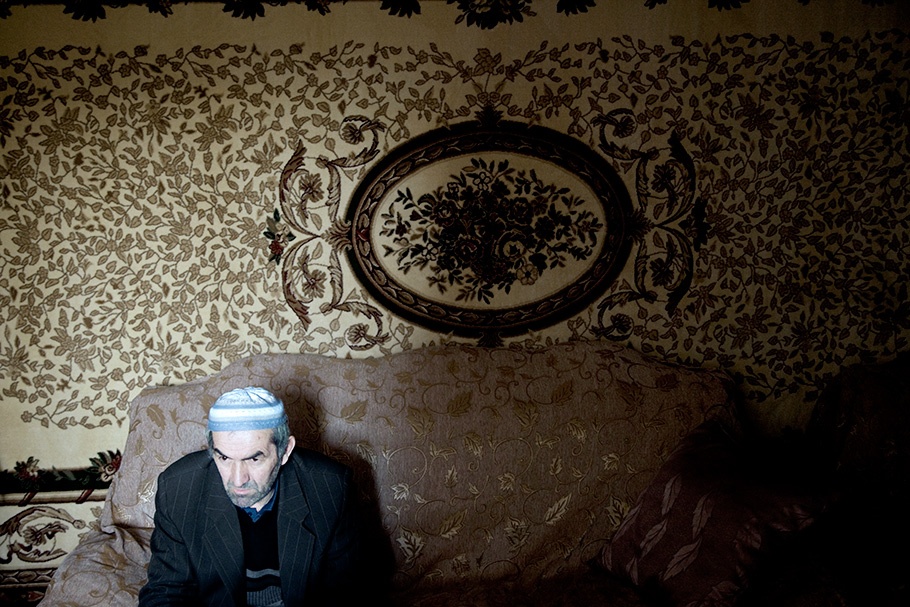 Masked men with guns took Nenkaev’s sons from the family home, threw them in a car, and sped off, never to be seen again. Moldi Nenkaev’s repeated appeals for an investigation have been denied due to lack of evidence. In 2008, Nenkaev took his case to the European Court of Human Rights and is waiting for the case to proceed. 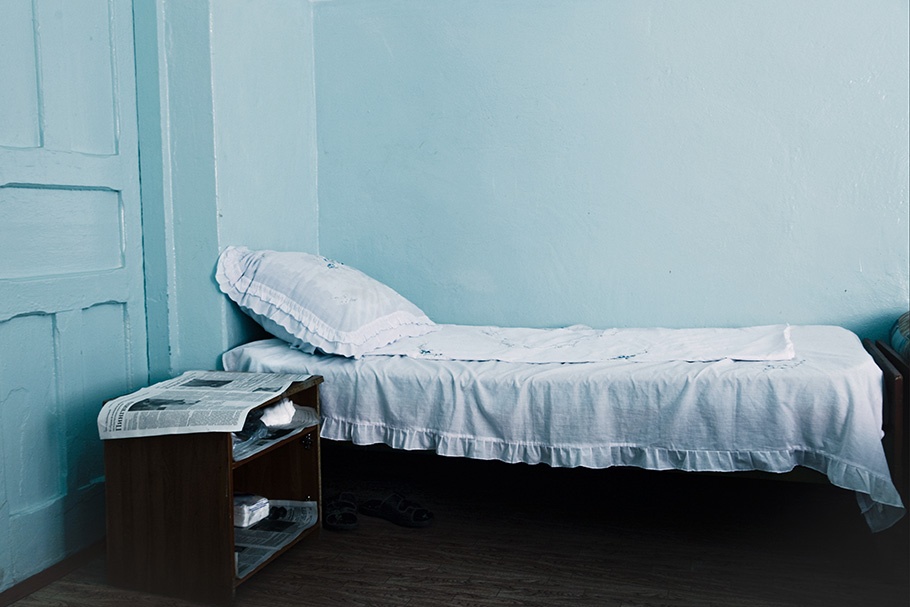 The bed of Apti Zainalov abducted from the Atchko-Martan village hospital, Chechnya.

In June 2009, the human rights organization Memorial Grozny received information that Zainalov, who had been reported abducted earlier, had turned up at the hospital with multiple bullet wounds. Memorial began an investigation, but Zainalov was removed from his bed by armed guards and last seen being placed in a vehicle outside the hospital. This was the last case investigated by Natalia Estemirova, a Memorial staff member who was abducted and murdered on July 15, 2009. Memorial’s Grozny office closed shortly after Estemirova’s murder.

Mari Bastashevski is a documentary photographer from a family of musicians in St. Petersburg. Since leaving Russia in 1997, she has spent the last decade traveling and studying across Asia and Europe. Bastashevski has a dual degree in political science and art history and has done coursework in genocide studies at the Danish Institute for Human Rights in Copenhagen. She arrived at photography gradually, and completed an advanced visual studies program in 2009 at the Danish School of Media and Journalism. Bastashevski is based in Denmark but spends the majority of her time working abroad, primarily in Eastern Europe.

File 126 (Disappearing in the Caucasus) is a visual documentation of a decade of abductions that have taken place in Chechnya and have now spread to the neighboring republics of Ingushetia and Dagestan. Usually the relatives of suspected abduction victims submit an investigation request and the authorities file it under article 126, which defines the crime of abduction in the Russian Federation criminal code. The majority of “file 126” abductions during the last decade have yet to be thoroughly investigated.

Abduction as a concealment tactic, now most commonly referred to as “no body, no problem,” became prevalent in 2000 during the second Russian-Chechen conflict. The practice continues today, and it was the signature of the earlier Russian counterinsurgency regime. Although some high profile reconstruction work has been completed, most civilians continue to live in a state of fear brought on by the frequent abductions and executions that plague the region. Due to the relatively small size of the nations composing the republics of the Northern Caucasus, the abductions have touched the lives of nearly every family in this region.

Before the abduction and murder of staff member Natalia Estemirova prompted it to cease activities in July 2009, the human rights organization Memorial Grozny released daily reports that succinctly documented all the human rights violations that they could uncover in Chechnya, Dagestan, and Ingushetia. The detailed accounts of these incidents gave people ample reason to suspect that military and security forces have been responsible for thousands of abductions, and subsequent torture, of civilians.

The legal vacuum surrounding the disappearances places most of the civilians in the Northern Caucasus squarely outside the system. Officials apply the law in such a way as to actively discourage the families of victims from seeking state assistance in solving abductions. Although families continue to file lawsuits with the police, both sides understand that the process merely serves to create more paperwork, which is buried in files as soon as it is signed.

In their current context, the abducted are incorporeal, as if they never existed. They are no longer with the living, but they are not listed among the dead. This project serves as both a historical document that may prompt action and new calls for justice, and as an acknowledgment of these atrocities and those who have suffered in their wake.