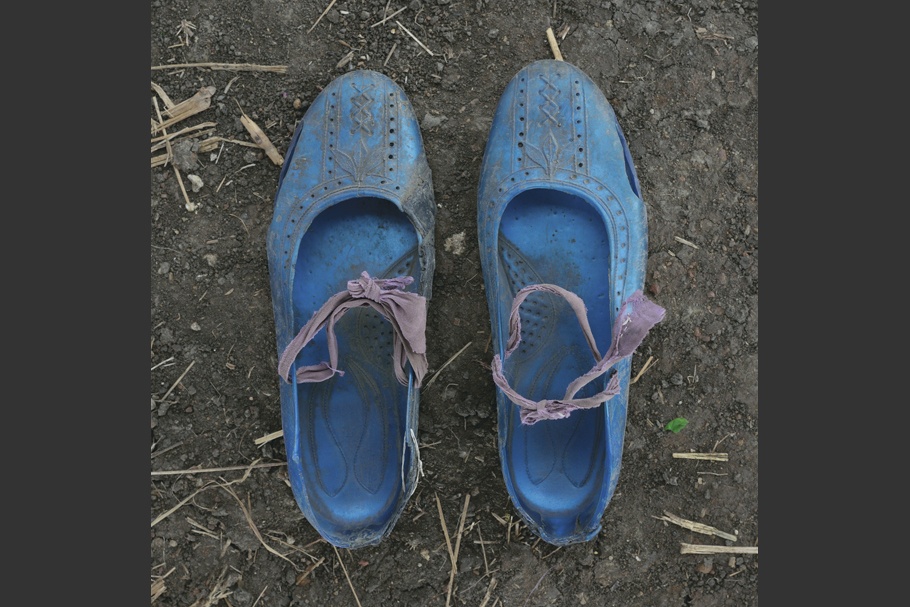 Jamun Mam, a woman in her 70s from Iferi, walked many days to reach South Sudan’s northern border. 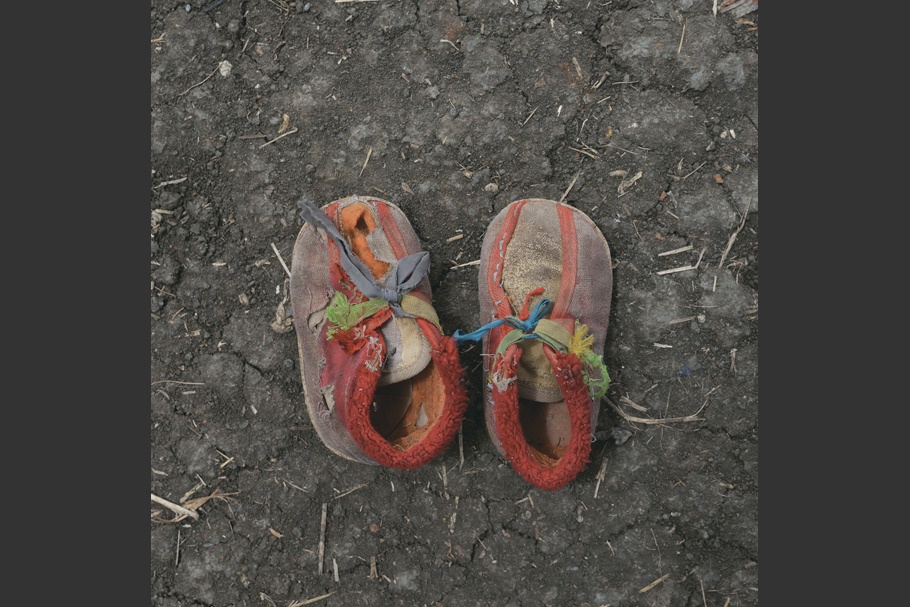 Musa Shep, a two-year-old boy from Gabanit, traveled more than 20 days to reach South Sudan’s northern border. He sat on the shoulders of his mother, Atoma Tifil, during most of the three-week journey to the border of South Sudan. He was too young to comprehend the circumstances of their flight or their prior months of displacement in a forest. By March 2013, he was a healthy little boy in the Batil refugee camp, living with his parents and two older siblings. At some point, Atoma Tifil will tell him about their beautiful homeland and their perilous escape, but for now she doesn’t want to think about it and is relieved they are safe. 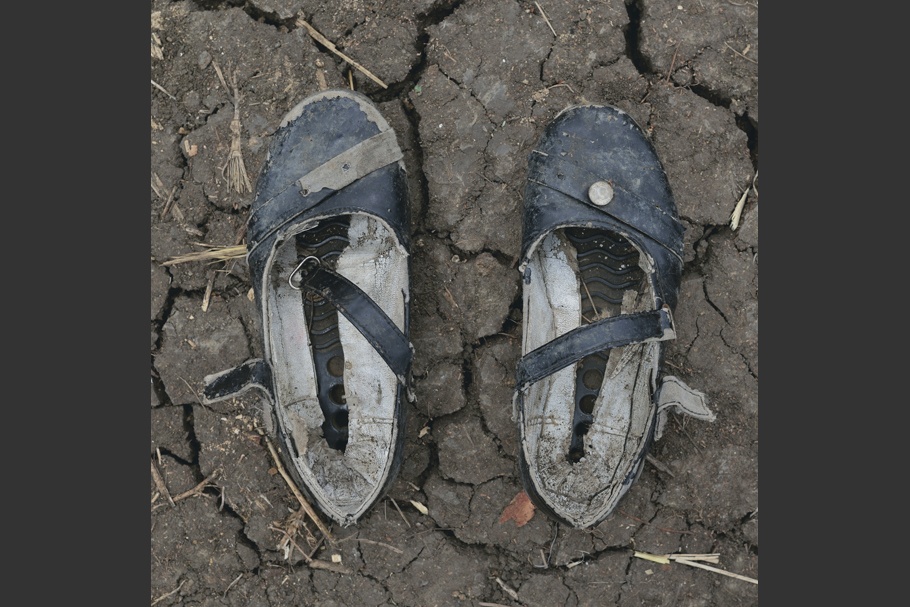 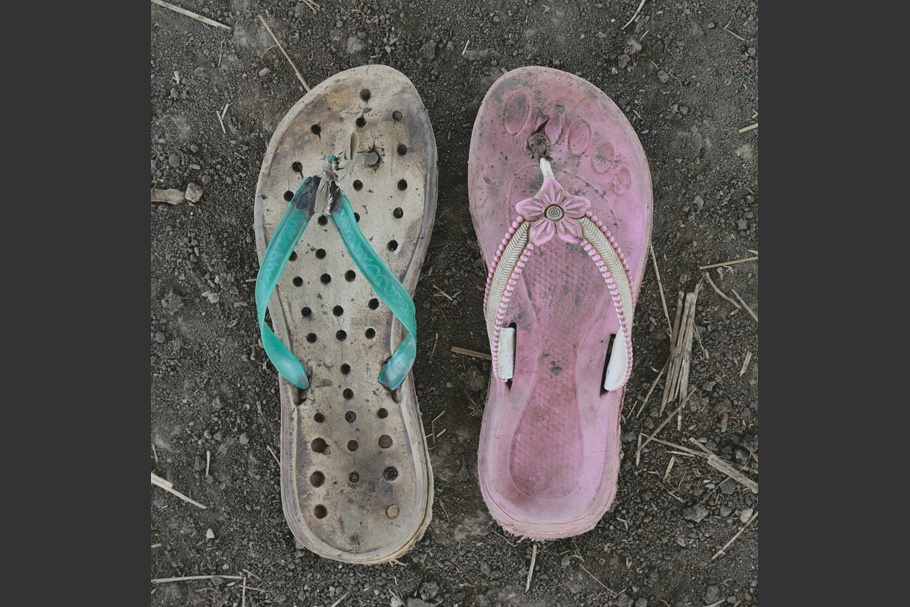 Mam Odom Bar, an elderly woman from Gabanit, traveled more than 20 days to reach South Sudan’s northern border. Her son was able to transport her most of the way on a donkey. In September 2012, shelling and aerial bombardments drove her from her home. Mam Odom Bar’s older sister stayed and was burned alive in her hut. Mam Odom Bar estimates about 50 of her fellow villagers died by fire or from aerial bombardments. For months, her family moved between the mountains and villages until they were able to make the journey to the border. 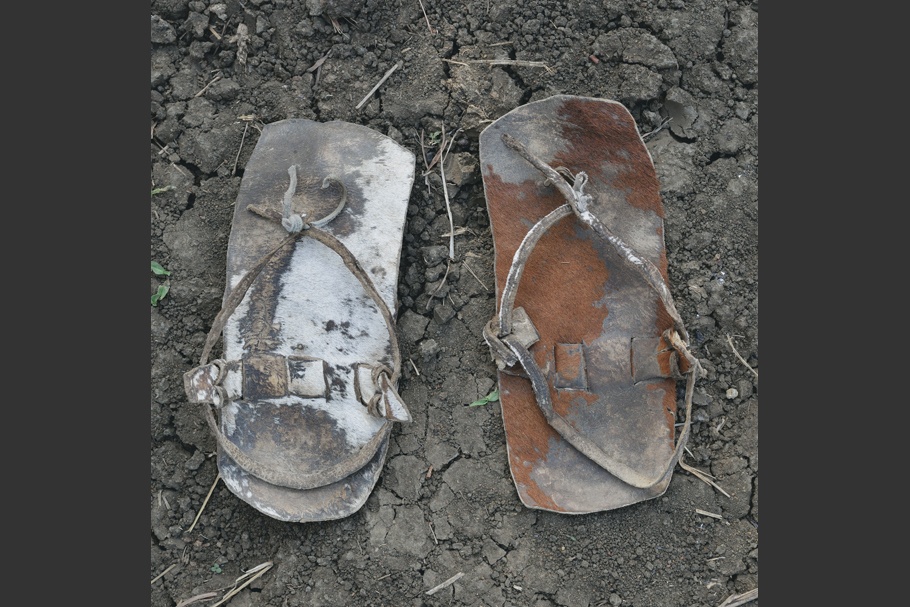 Gasim Issa, a man in his late 50s from Igor, walked more than 20 days to reach South Sudan’s northern border. In Igor, he farmed and raised livestock. Starting in September 2011, Gasim Issa and his neighbors in Igor were terrorized for months by shelling, aerial bombardment, and direct attacks on the village, driving them to seek refuge in the mountains for weeks at a time. In April, soldiers torched Gasim Issa’s home along with the remaining stores of sorghum that had not already been stolen. He headed south with his family, carrying a granddaughter on his shoulders during the arduous journey to the border. He was unable to transport his mother and she remained behind like many of the elderly who could not travel easily. Some were abandoned in their homes as the village was attacked; others started the journey but told families to go ahead without them in order to get the children to help as soon as possible. There are some reunions when refugees arrive in South Sudan, but there are also many people like Gasim Issa, who lie down at night unsure of the fate of loved ones still in Blue Nile. 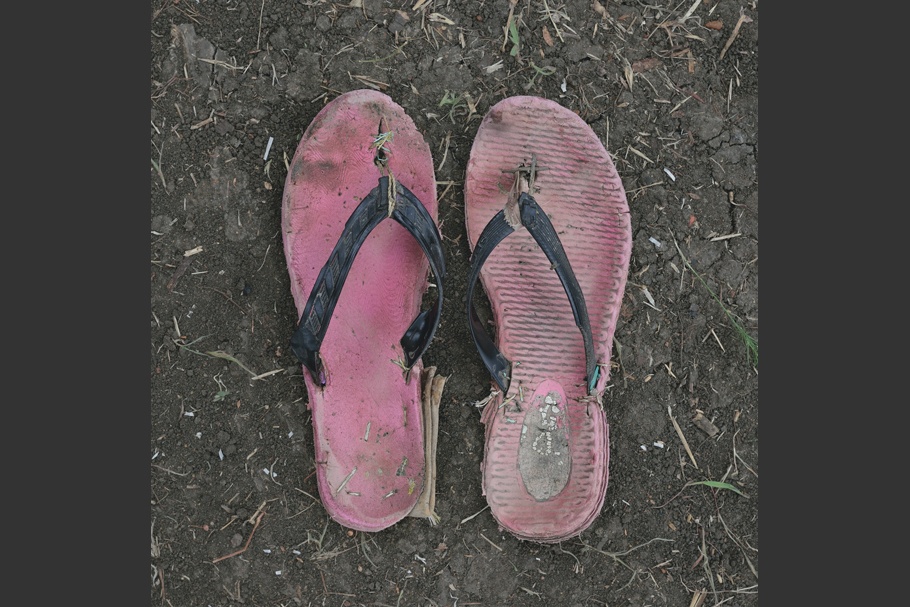 Makka Bala, a woman in her 30s from Buk, walked more than 15 days to reach South Sudan’s northern border. 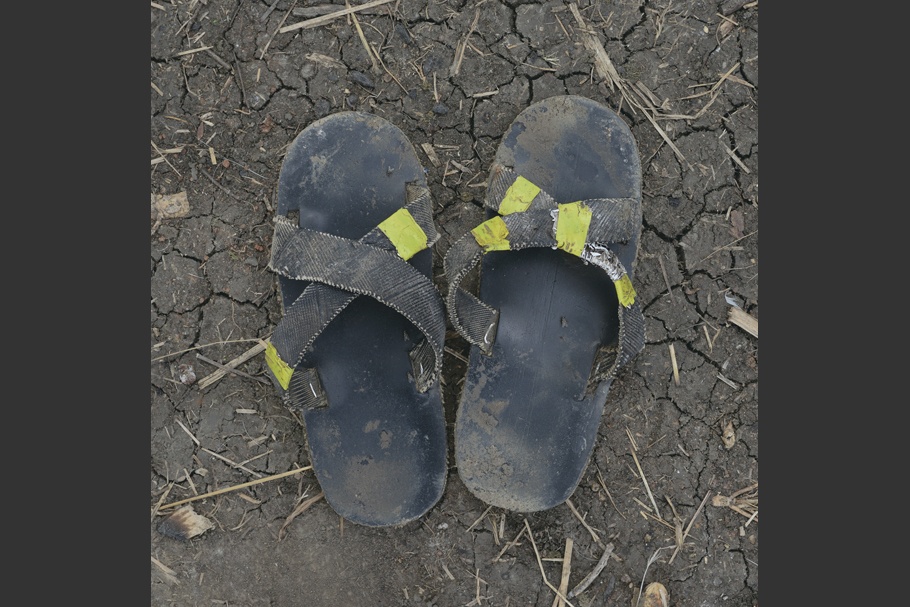 Atoma Suliman, a woman in her 20s from Jam, walked for over a month to reach South Sudan’s northern border. In September 2011 when the shelling began, Atoma Suliman, a mother of two, first fled her home. Aerial bombardments followed, and she witnessed neighbors lose their lives from the bombs and subsequent fires. Tanks destroyed villagers’ homes, and eventually, Atoma Suliman’s home burned down as well and she lost everything. The villagers scattered, traveled south in small groups, and reunited once they crossed into South Sudan. 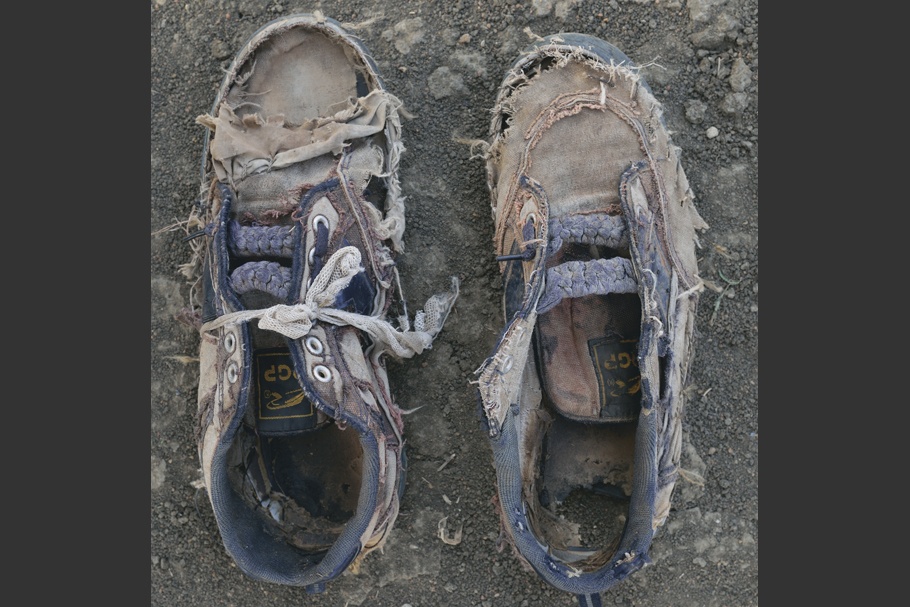 Muhammed Hajana, a man in his 30s from Tiful, walked more than 30 days to reach South Sudan’s northern border. 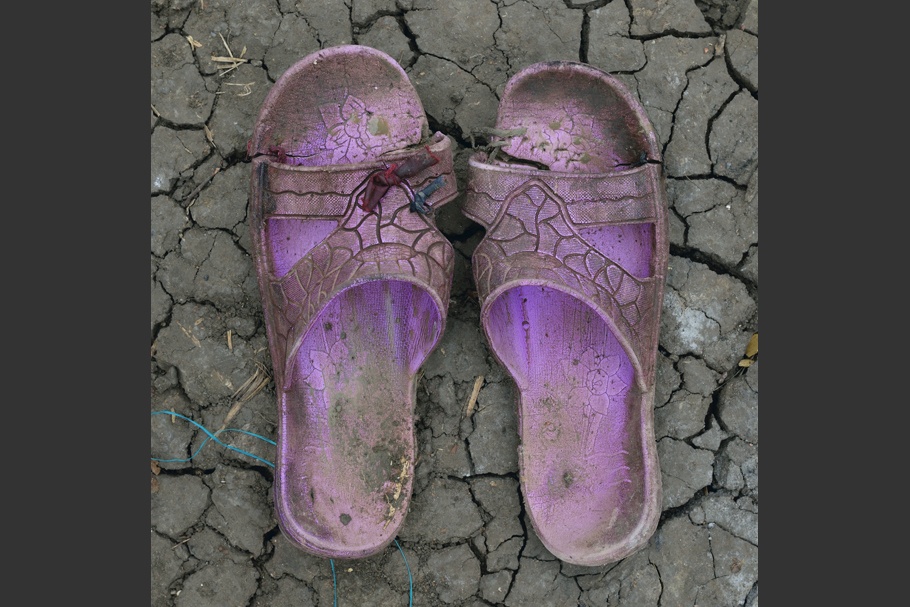 Sela Changil, a woman in her 40s from Gabanit, walked for more than two months to reach South Sudan’s northern border. In September 2011, she and her neighbors first fled to the mountains when warned that the Sudanese forces were coming. In the following months, their homeswere torched and they sought refuge from aerial attacks. Sela Changil’s journey south with a group of approximately 400 people was made with great caution. They walked in the woods, stayed away from roads, and sent young men ahead to look out for soldiers and locate water sources. 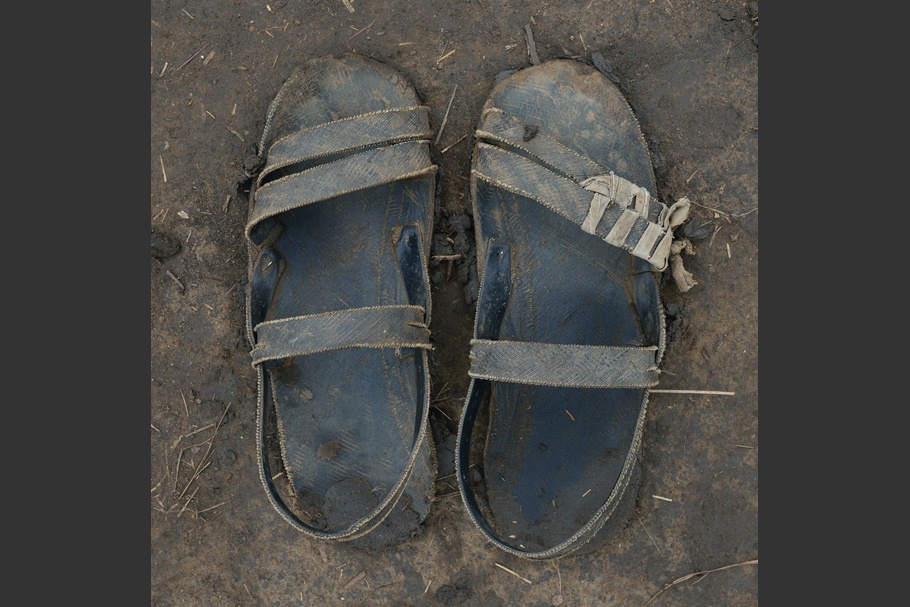 Bashir Rumudan, a man in his 40s from Gabanit, walked for more than 20 days to reach South Sudan’s northern border. Bashir Rumudan is a sheikh—a community leader of his village. In Gabanit, aerial bombardment began in September 2011, but no direct attacks occurred until April 2012, when Sudanese forces fired on the town, took livestock, and burned the houses. Bashir Rumudan led his constituents on the trek south, carrying a grandchild on his shoulders. They typically walked for six hours early in the morning and six hours late in the evening to avoid the harsh midday sun; however, one dangerous passage required 16 hours walking without a rest. 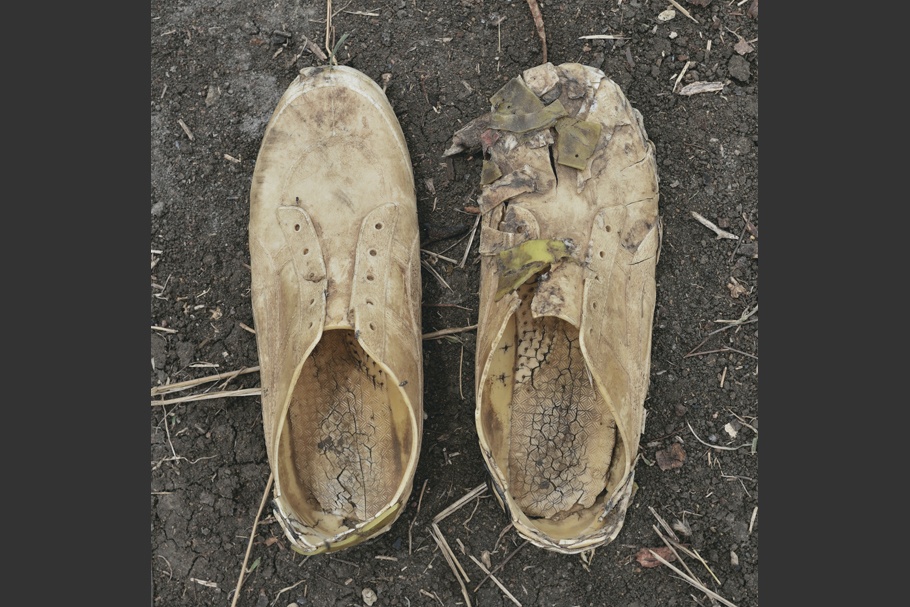 Ajuk Ido, a man in his 70s from Jam, walked more than 20 days to reach South Sudan’s northern border.

Shannon Jensen is a documentary photographer interested in creative approaches to contemporary social issues. Jensen graduated in 2007 from the University of Pennsylvania’s Wharton School with a BS in economics. She developed an interest in journalism while working as a photographer and columnist for the university’s daily newspaper. Jensen had previously traveled to East Africa for academic research and chose to return to the region as a photographer in 2008, where she remained through 2010. Jensen is a featured contributor with Reportage by Getty Images, and continues to cover stories in sub-Saharan Africa.

Jensen won the Amnesty International Media Award for photojournalism and was honored by Pictures of the Year International and the Days Japan International Photojournalism Award (2013) for her series on the shoes of Sudanese refugees. She has also received recognition from the Magenta Foundation, the National Press Photographers Association, and PDN. Jensen was selected for American Photography’s annual award (2012 and 2013) and featured on Reportage by Getty Images’ Emerging Talent roster (2011 to 2013). In 2009, she attended the Eddie Adams Workshop XXII.

One month before South Sudan seceded from Sudan in June 2011, conflict reignited north of South Sudan’s border between the Sudanese government and the insurgent Sudan People’s Liberation Movement/Army-North (SPLM/A-N). The SPLM/A-N had been an integral part of the movement that led to the signing of the Comprehensive Peace Agreement in 2005, ending 22 years of civil war and paving the way for South Sudan’s independence. The agreement failed to meet the aspirations of Sudanese living in South Kordofan and Blue Nile who had supported the SPLM/A-N but not received the autonomy they desired. With the outbreak of new fighting in 2011, more than 200,000 civilians were driven from their homes and sought safety as refugees in South Sudan.

In June 2012, I traveled to the Blue Nile refugee camps in northeast South Sudan, where there was a dire water shortage and little media coverage. My arrival coincided with an influx of 30,000 new refugees. Many had never left the vicinity of their villages before shelling, aerial bombardments, and soldiers drove them away the previous September. For months, families traveled back and forth from the forest to the mountains, rarely spending more than a week in one place, until they finally made the long trek to South Sudan’s northern border. With them, they carried stories of grandparents left behind and brothers who never returned from fetching water; days in hiding and nights of walking; treasured possessions lost and herds of livestock stolen.

The upheaval was new for these refugees, but hardly a novel phenomenon in the region. In photographing their arrival in South Sudan, I struggled with how to represent their journey in a way that was different from the thousands of existing refugee images.

And then I noticed the shoes. The refugees were wearing an incredible array of worn-down, misshapen, patched-together shoes. Each pair provided a silent testimony to the arduous journey. Each detail revealed the persistence and ingenuity of their owners and the diversity of the hundreds of thousands of men, women, and children brought together by tragic circumstance.

With this project, my aim was not to solicit sadness or pity, but to honor the resilience, determination, and perseverance of the people arriving at the camps, and spark interest in the situation that forced them to flee their homes.

Moving Walls 25: Another Way Home will be open free of charge to the public at the Open Society Foundations–New York from September 26, 2018 to July 17, 2020.