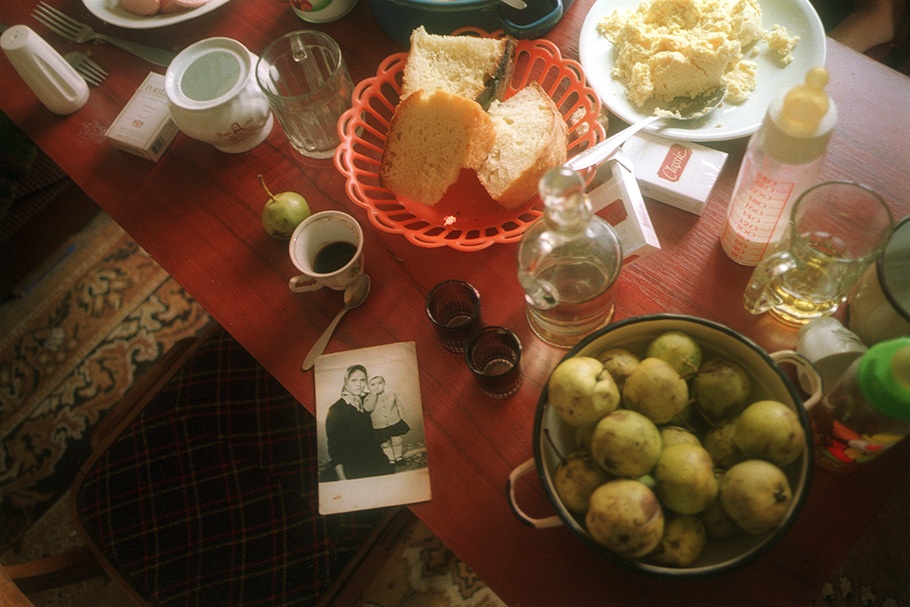 Table still life with photograph of Slavica and Stanja. 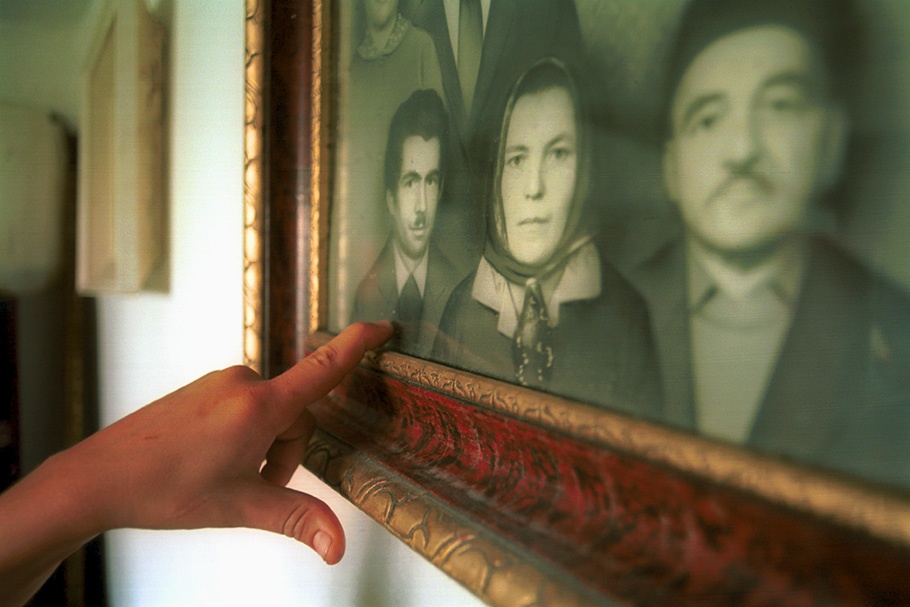 Slavica pointing at her father, Simo, in a family portrait. 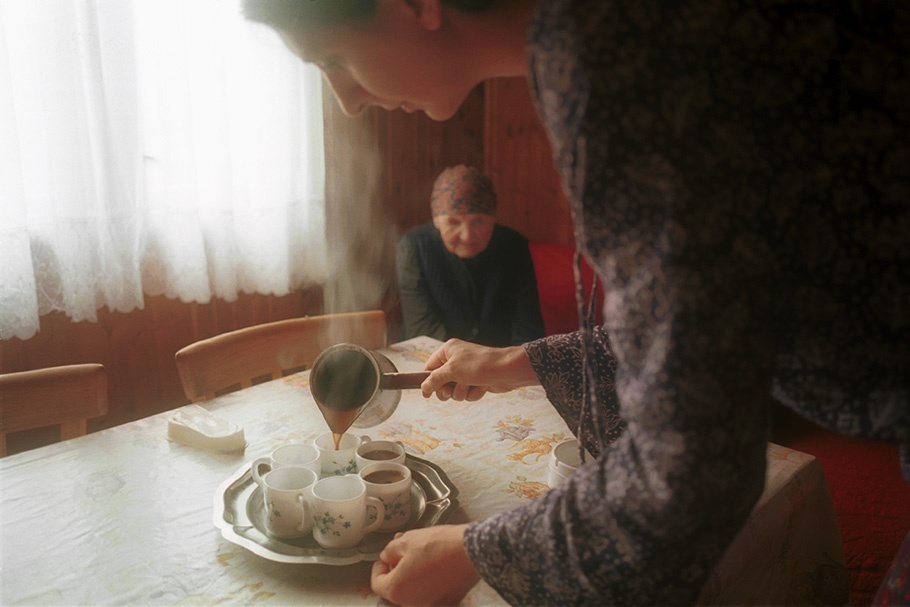 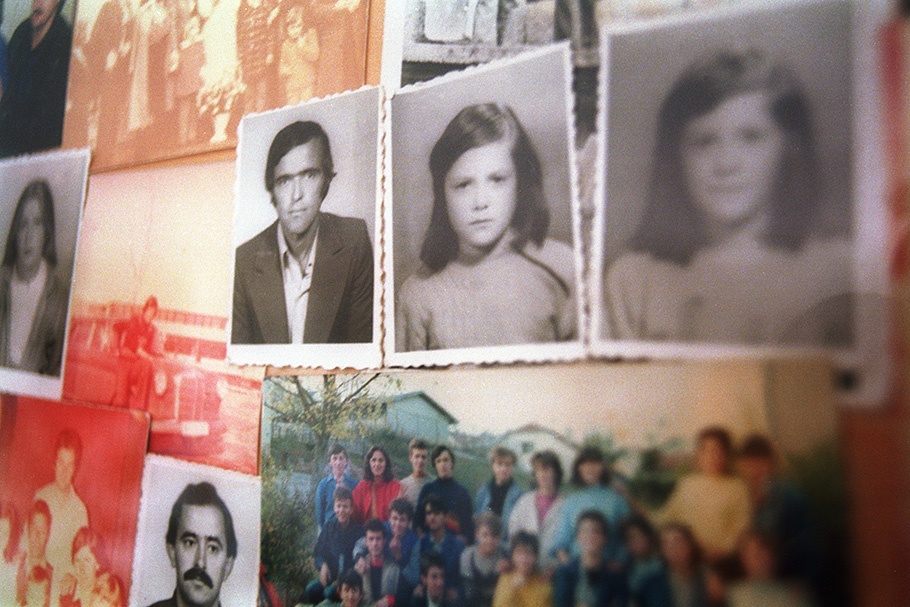 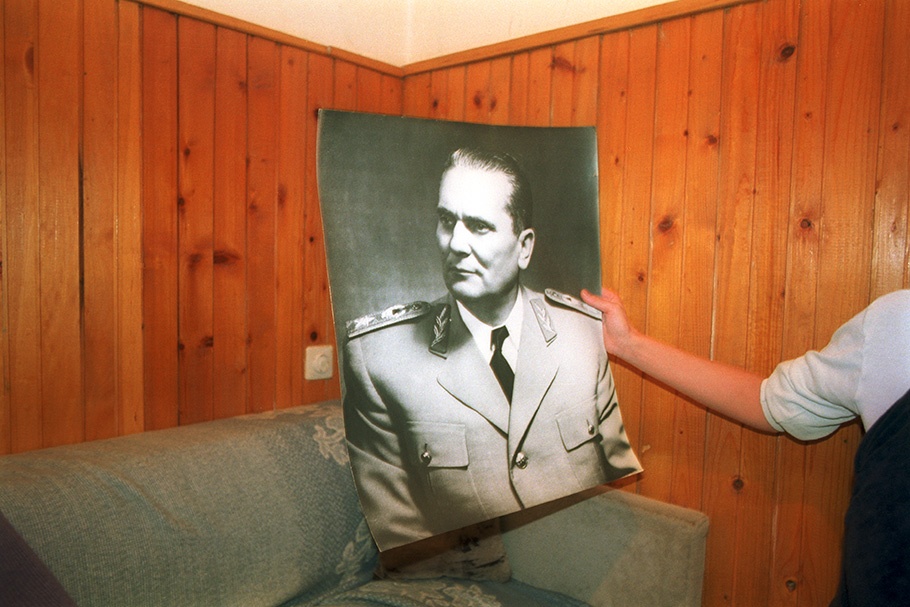 Slavica holding a portrait of Josip Broz Tito, the leader of Communist Yugoslavia from the end of World War II  until his death in 1980. 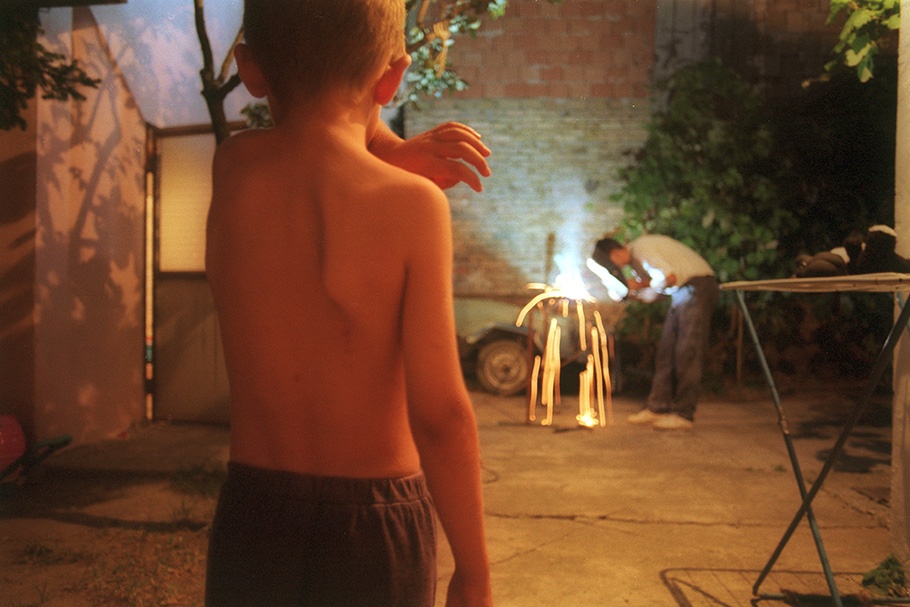 Aleksa, Slavica’s nephew, shields his eyes as Zeljko welds together a door for his home. 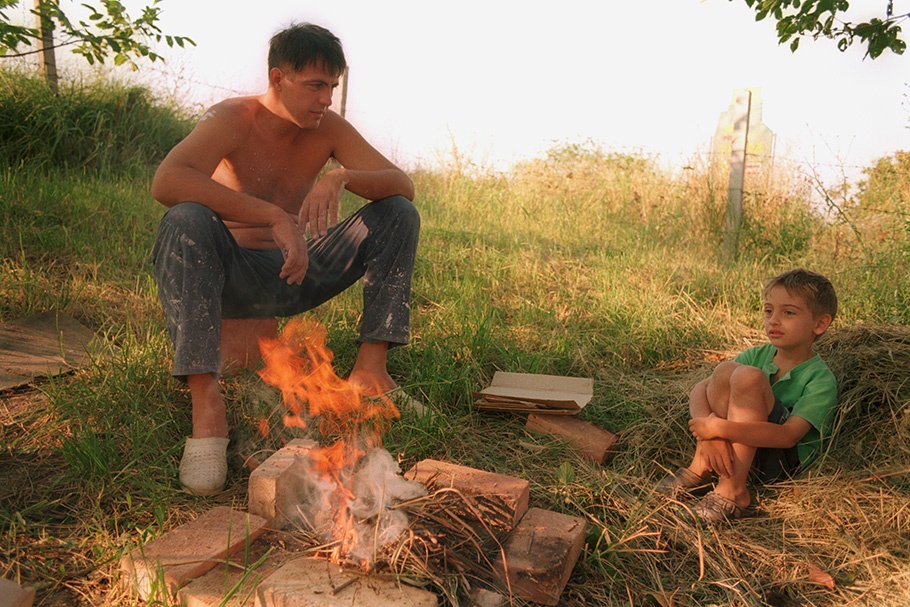 Zeljko and his son Aleksa. 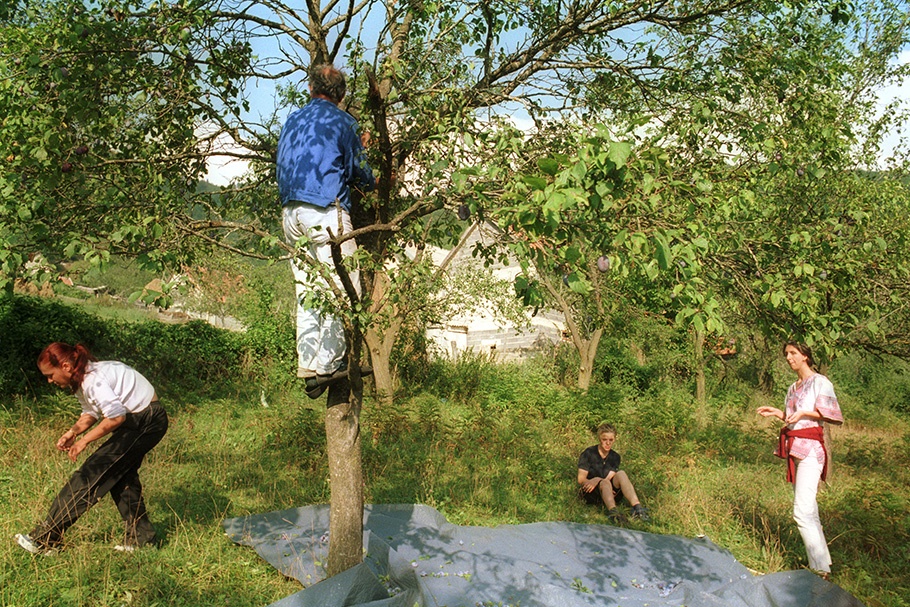 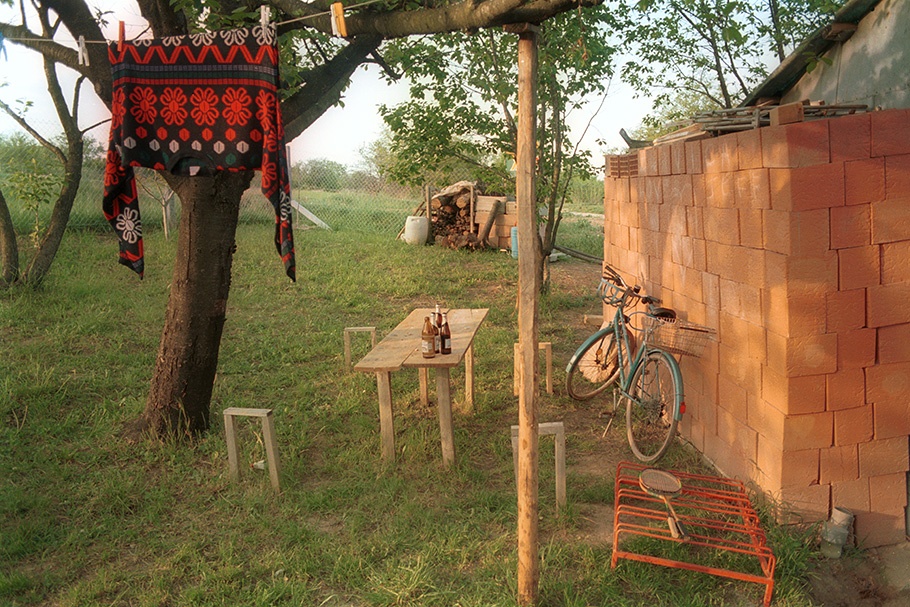 Backyard of the home of Zeljko, Slavica’s brother. 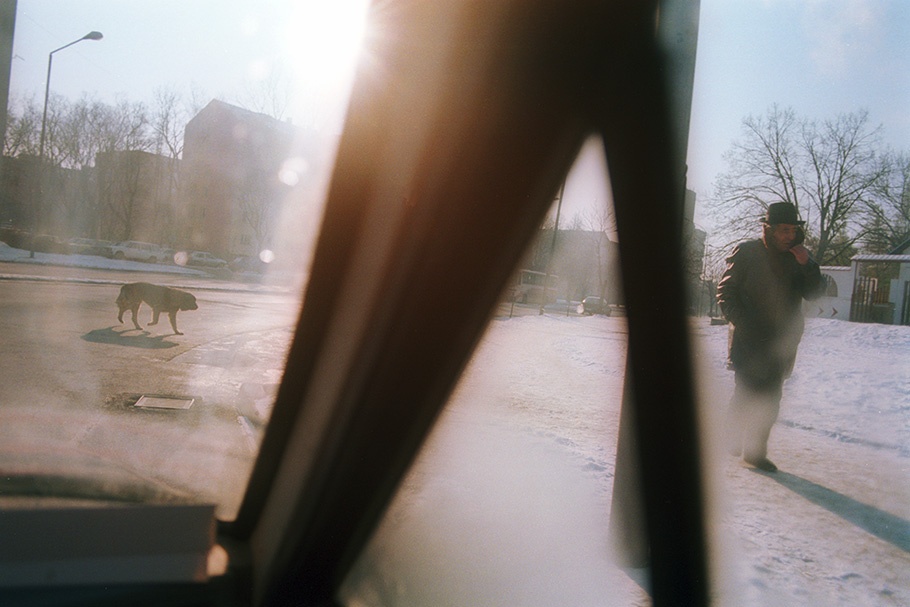 Man and dog crossing the street. 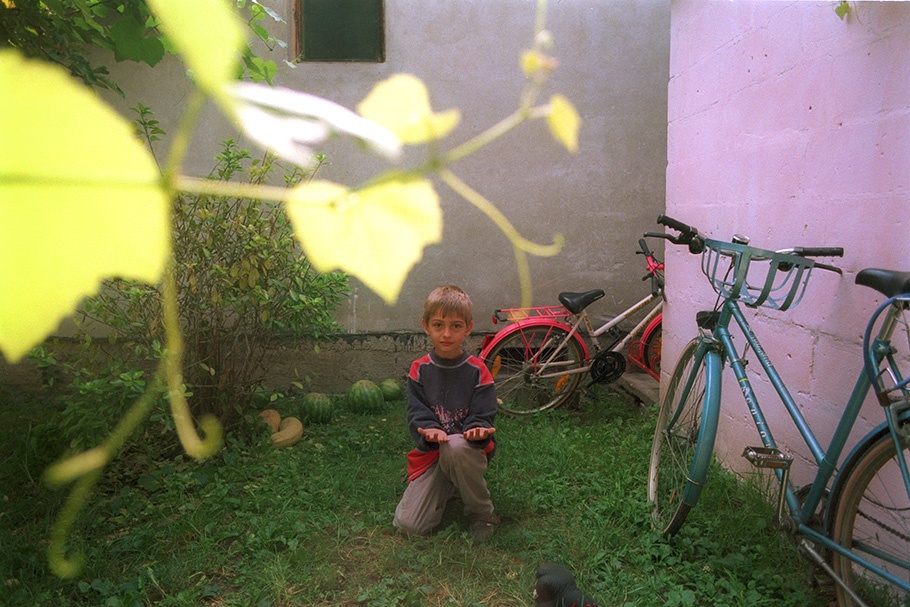 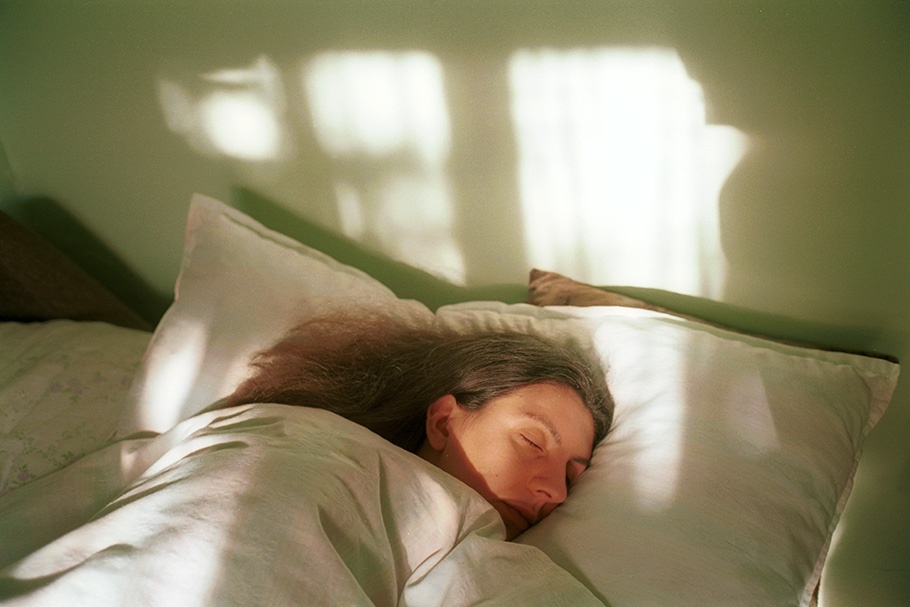 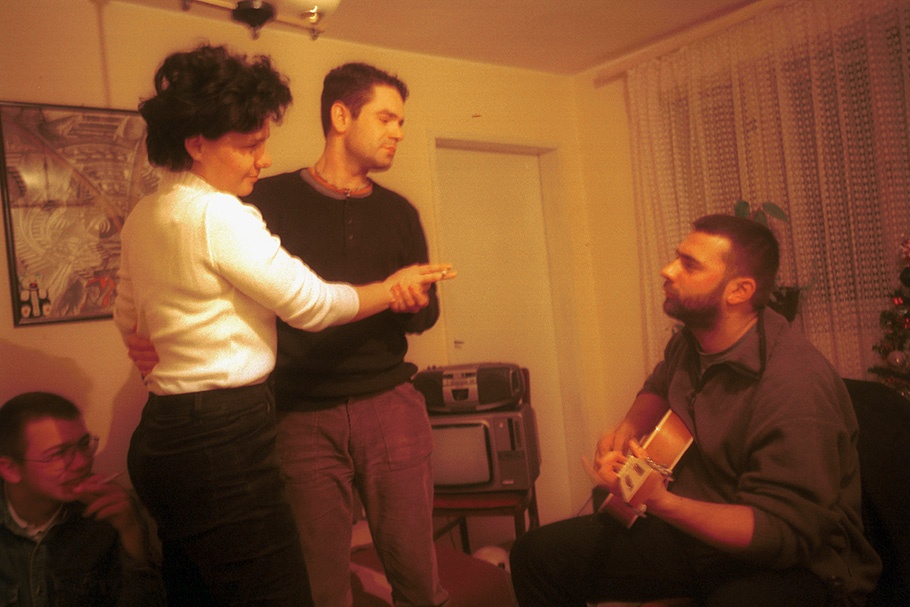 Friends dancing at a party. 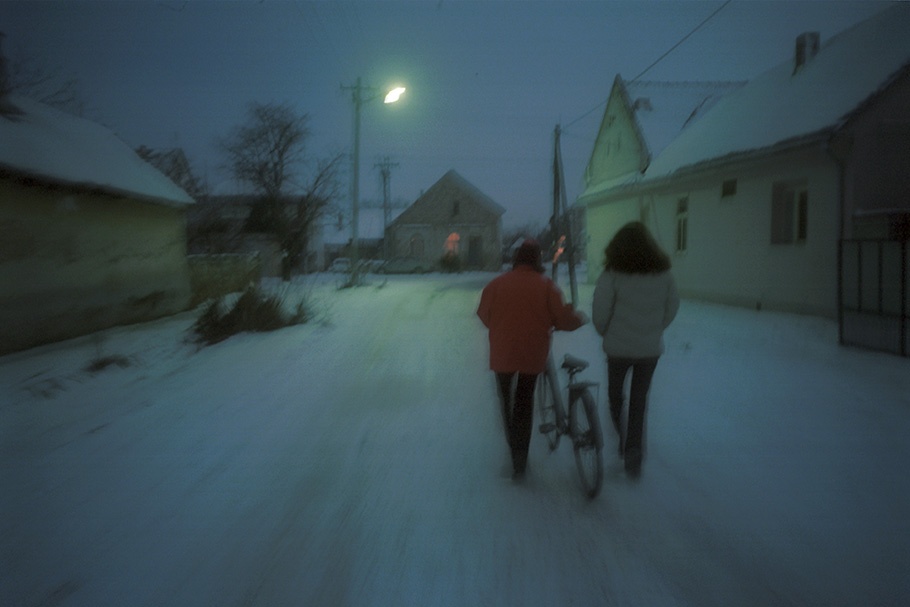 Slavica and her friend Rada walk into the town center.

Jeffrey Ladd, born in Elkin’s Park, Pennsylvania in 1968, moved to New York City in 1987 to study photography at the School of Visual Arts. He received his B.F.A. degree in 1991.

Ladd’s photographs have been widely exhibited in galleries and museums, including the International Center of Photography, the Art Institute of Chicago, and the Howard Greenberg Gallery. His photographs are in the permanent collections of the Brooklyn Museum of Art and the Museum of the City of New York.

In the spring of 2001, I traveled with Slavica, a Bosnian Serb, as she returned to her homeland in the former Yugoslavia. She had lived in Israel since 1994, after leaving Serbia when it dissolved into bloodshed. Slavica watched from afar as Novi Sad, a city 15 minutes from the homes of family and friends she loved, was bombed for 78 days. She watched as paramilitaries and rogue Yugoslav National Army units in Kosovo filled the papers with stories of massacres and expulsions. She watched in sadness as her people disappeared.

I am not a journalist. I am not a historian. I was not an objective observer on this journey because of my personal relationship with Slavica. I had no intention of trying to fully describe what Yugoslavia is now or was then. Nor was I attempting to show who the Serbs are or change people’s opinions of them. Though my photographs cannot escape being perceived within the context of the wars, they nevertheless document a personal journey and the ability of people to enjoy ordinary pleasures under the most trying conditions.

What I found, living with Slavica’s family for five months and meeting other Serbs, challenged my preconceptions. Most people despised the Milosevic regime and what it had caused. People felt embittered by the conflict and the world’s image of the Serbs. People wanted a return to normal life—however they defined it—or at least moments of being able to overlook the reminders of war that littered the landscape.

Yet I also met people, even more embittered, who hoped that war criminals like Ratko Mladic, Radovan Karadic, and Slobodan Milosevic would not be prosecuted at The Hague—a sad reminder that some Serbs still find comfort in perpetuating the racism and nationalism that fueled the wars.

In the midst of these individual and collective struggles, I watched Slavica’s own efforts to find a place within both her family and society.

To me, these photographs, set against the backdrop of a country emerging from a decade of war, capture the reunion of a family searching for some semblance of an everyday life.