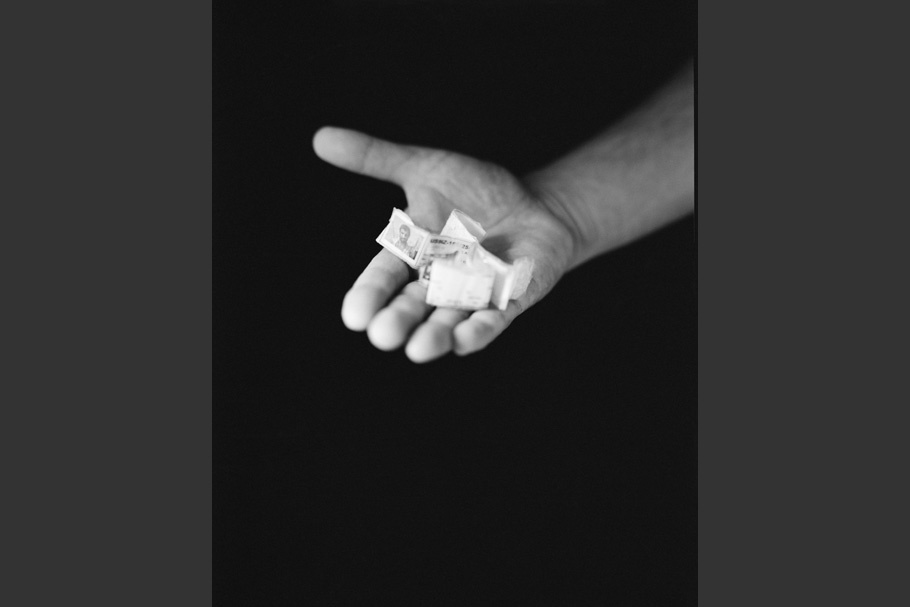 Engaged to be married, he sold cars to provide for his family. They forced him to lie down in urine and feces. He couldn’t breathe because of the smell. His feet and shoulders bled, and the urine exacerbated the pain from the wounds. “They brought a rope and put it around my neck. It was a rope for dogs, made from leather. They hit me on my left side and then in the groin and after that I fainted. When someone was pissing on me, they stopped kicking. After that, another one kicked me, and I fainted again.” 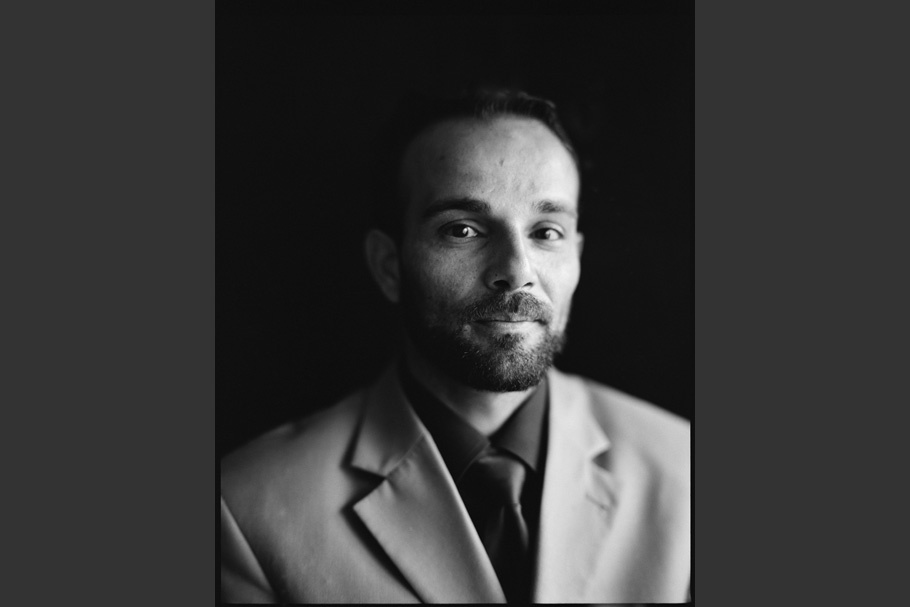 Unmarried, he worked in construction. They stormed his house at 3:30 am. When he opened the door, a soldier slapped his face and broke a tooth. A Sunni, he believes that he was turned in by a Shiite informant. In the jail, all the prisoners he knew were Sunni. One of the interrogators, “a pretty, young, blond woman,” called his brother “a pig, a criminal, a terrorist, and an animal.” In prison, “I fell apart psychologically.” 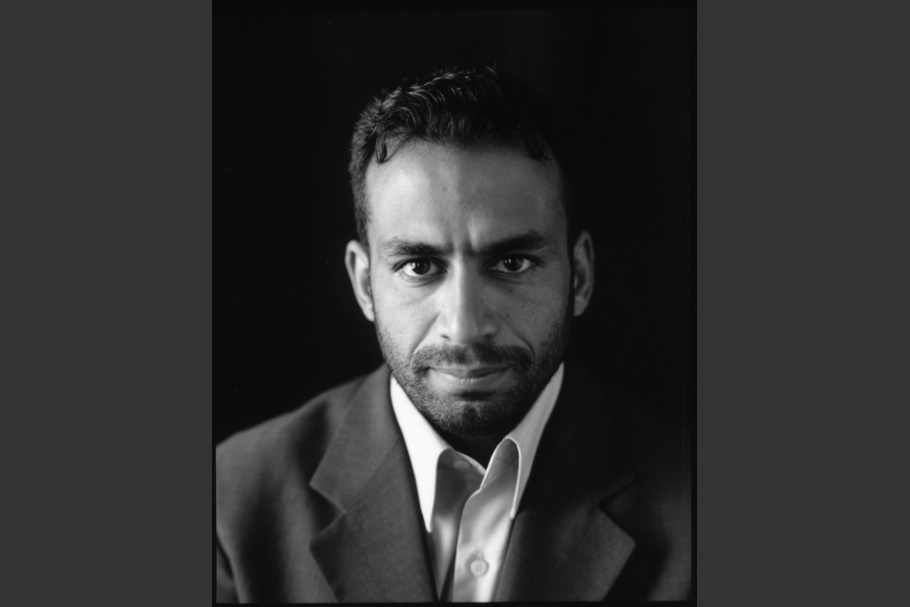 A student of Islamic studies, he worked for the Islamic faculty at the university in Baghdad. “When they broke in, they hit me with a weapon and broke my rib. I remained handcuffed behind my back for 16 days. My shoulders were swollen with blood. They put us in black boxes about a meter high, handcuffed and lying down. While I was in the box, every 20 to 30 minutes someone would kick the door really hard.” When he fainted, they took him out, gave him an IV, and put him back in the box. This happened every three days. 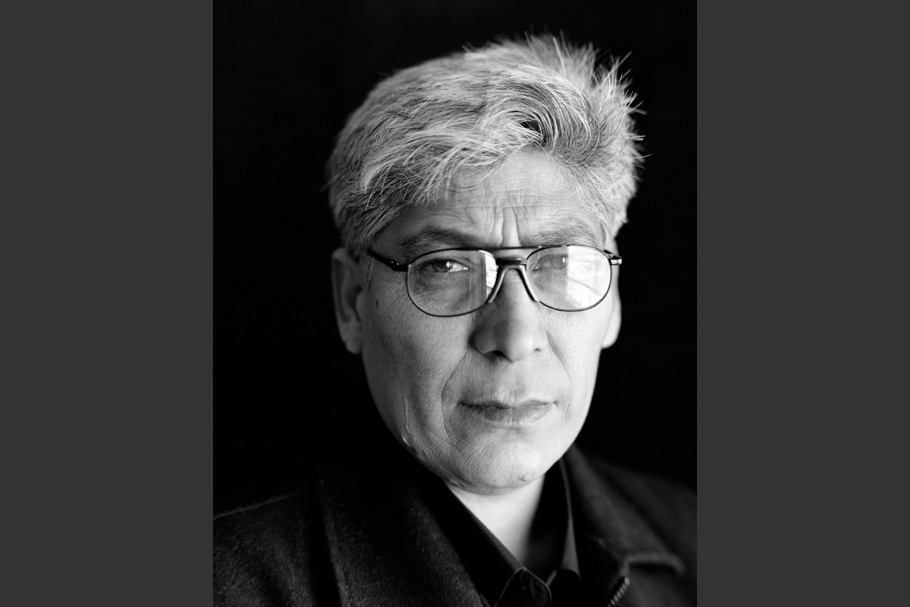 He was the “other” hooded man, photographed at Abu Ghraib while standing on a cardboard box holding electric wires. They forced him to lie on the ground, loudspeakers blasting music into his ears. The ordeal lasted only a day, “but it felt like two years.” They beat him regularly, and, on three occasions, subjected him to electric shock treatments. “It feels like your eyes will explode.” A soldier said, “We are doing what the interrogators want. They want us to make your life very difficult so you will answer the questions.” After his release, he founded the Association of Victims of American Occupation Prisons in Baghdad. “There is not one person in prison in Iraq who has not been subjected to some kind of abuse.” 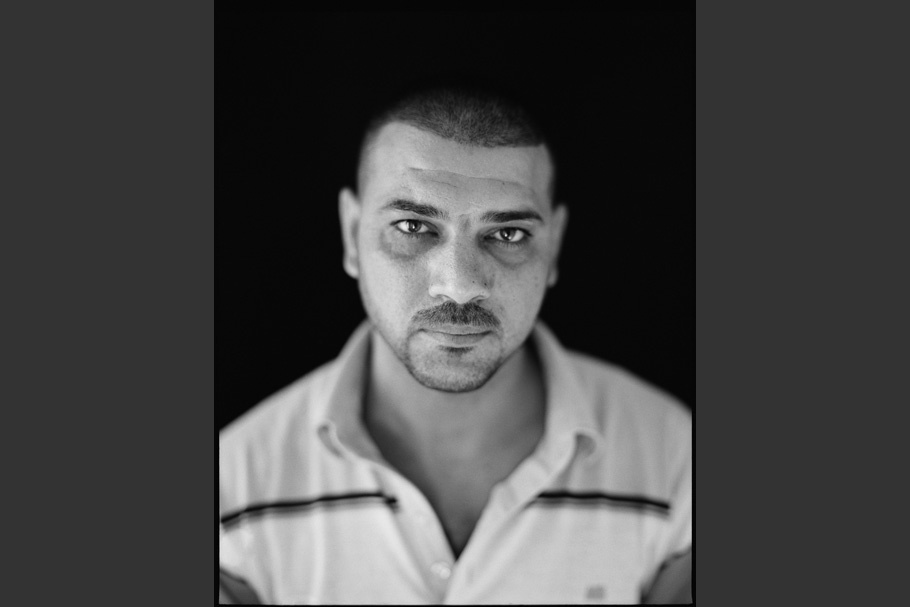 Single, he lives with his family. He had served in the Iraqi military. “They interrogated me 2 to 3 times a day. I started not recognizing night from day.” He passed out at each interrogation. He does not remember how long he was in that cell, but he thinks it was a month. Then they took him to Abu Ghraib. “First they got me naked, and they tied my hands to the door. My detention lasted six months. I was always naked, always tied to the door. They brought the dogs to us.” Just before his release, they told him he had been falsely arrested. “I started to have a very severe depression. I started sitting by myself alone. I became not normal. My family understands this.” 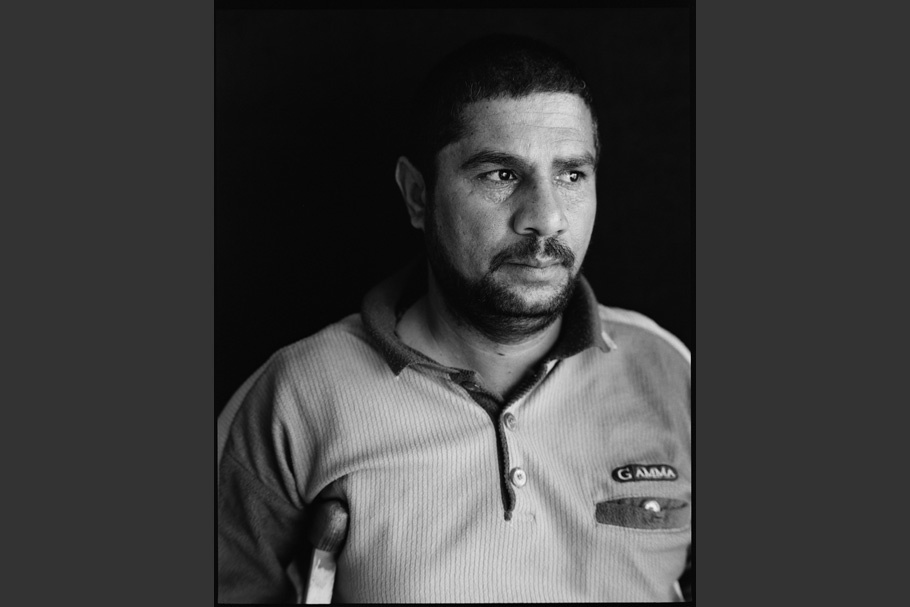 Married with four children, he was a sales representative for the oil company in Mosul. They made the prisoners dance. “If they didn’t dance in the disco room, they would have been beaten. After 12 hours, they would end up in a hospital room. One of the men told me, ‘You’re better off with one leg. You don’t have to go there.’” 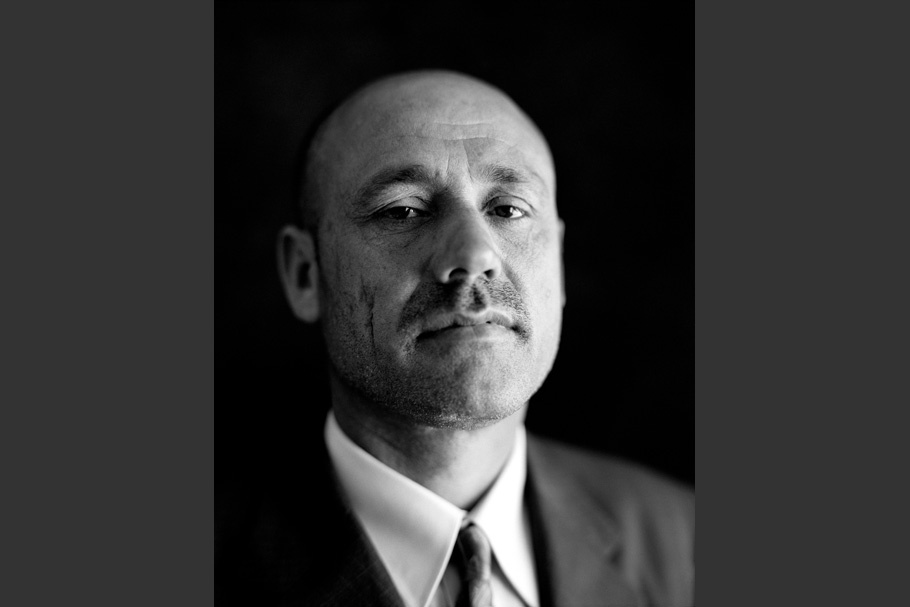 Married with five children, he was a farmer and former police officer. “They came at night. My wife wanted to open the door to my room but a soldier hit her and put a machine gun to her neck. They stole everything.” He was put in a steel cage a meter wide and a meter high. “I asked why they are doing this, so they hit me.” His name in Arabic means “the line between the good thing and a bad thing.” Asked which side he was on, he answered, “The right side, of course.” He was gunned down and killed in front of his house in late 2006 by unknown assailants. 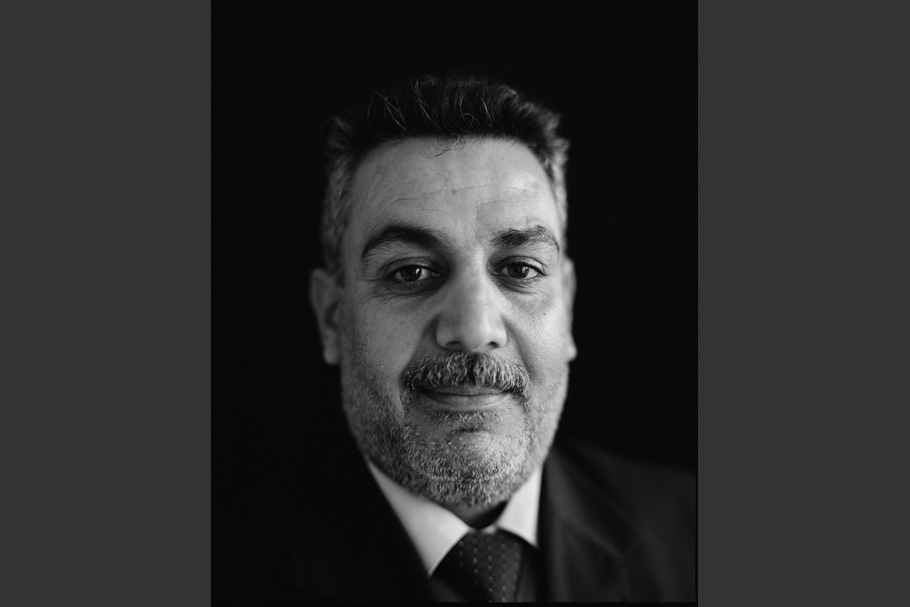 Married with four children, he was once a professional soccer player and a deputy to the general manager of the Iraqi Military Industrialization Commission in Baghdad. They beat his wife, damaging her eyes. She is now almost completely blind. The soldiers broke everything in his home. A “ghost detainee,” he was not issued an ID number and, officially, did not exist. He was taken to the airport. “They pulled out the hairs on my chest. Some were beating me and hitting me and trying to choke me. When I lost consciousness, they poured cold water on me and went on questioning me.” He heard a doctor who examined him tell the soldiers to continue. At Abu Ghraib, the physical torture stopped but the psychological began. “The only thing that you hear is the voices of those being tortured. The screams and cries.” 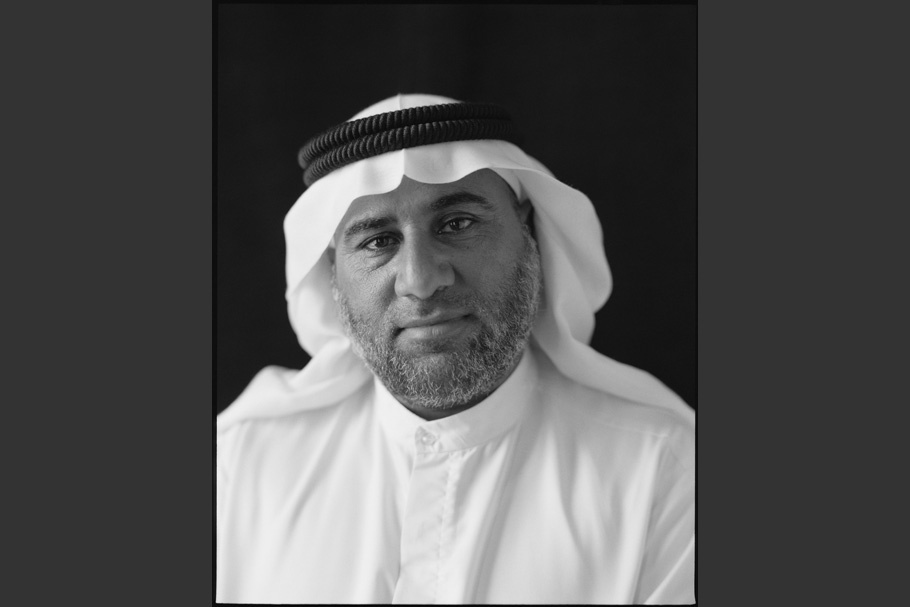 He is a teacher in an Islamic institution, and president of the human rights section of the Association of Islamic Scholars in Baghdad. One of his five children, “a student, first in his class,” was killed by the Americans. “They broke my teeth with guns. They hit me with wooden sticks, and I passed out. At the release section of Abu Ghraib, an officer asked, ‘Have you been tortured?’ Some prisoners had told us that they said ‘yes’ and were sent back to prison. We all said ‘no,’ and signed.” 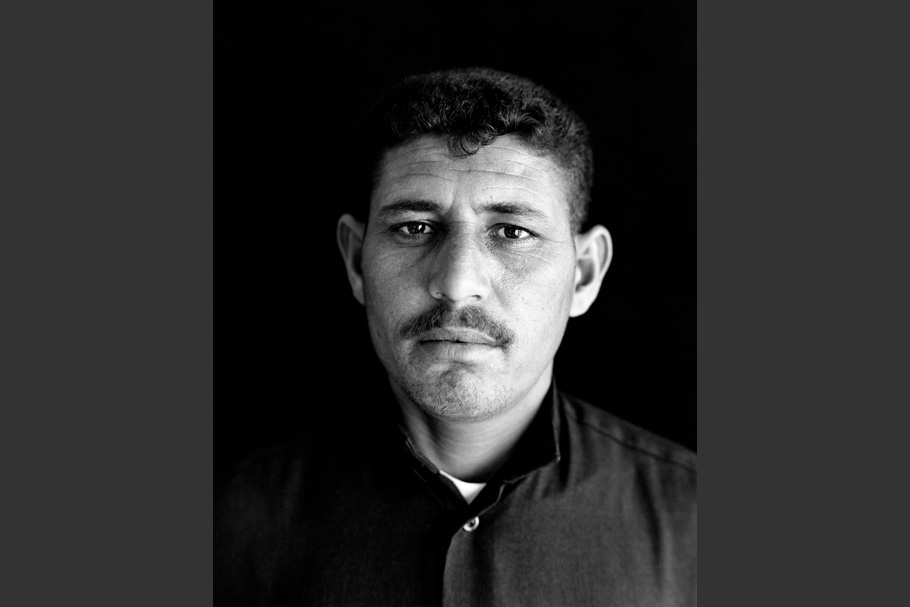 One of 10 siblings, he raises sheep, cattle, and goats for sale at the market. He had never been arrested before, never had any dealings with the authorities. They came for him at night. The soldiers knocked on the door. His mother, carrying her six- year-old daughter, went to open the door. A bomb, “with nails in it,” blew open the door killing his mother and sister. They put him in a vehicle, covering his head with a piece of clothing stained with his mother’s blood. He was released after three months at Abu Ghraib. He was never charged or accused of doing anything wrong. 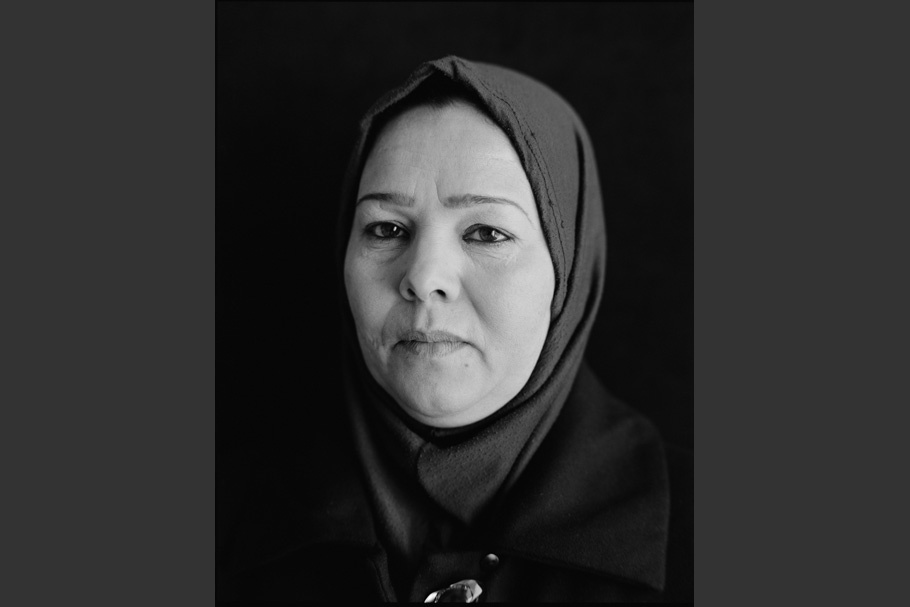 Detained from January to July 2004

Divorced with seven children, she is an accountant in Baghdad. “They put me in a room and they put my son in a cage in front of me. The soldier said to her, “Confess that you know terrorists or I will send you to a place where they will rape you. They will do things to you that you could never imagine.”

Chris Bartlett grew up in Louisville, Kentucky. After graduating with a BA in history from Kenyon College, he came to New York to start a career in photography. Bartlett earns his living as a freelance still life photographer working primarily in the fashion and beauty industries. He has worked for most of the top fashion publications, including Vogue, Teen Vogue, Men’s Vogue, Town & Country, and Outside.

Bartlett’s interest in photographing detainees came from a desire to use his professional skills to create images that have broader implications than current fashion trends. Attorney Susan Burke, with whom he worked on this project, has welcomed a number of writers, artists, and filmmakers to listen to the stories of the detainees to help the world understand the gravity and extent of the detainee abuse in Iraq.

Since the invasion of Iraq, coalition forces have detained tens of thousands of people. The vast majority of Iraqis picked up have been harassed, mistreated, abused, or tortured in some way. How you describe their treatment depends on how you define torture. Is it only torture when the treatment, as one Justice Department official put it, leads to “death, organ failure, or permanent damage”? Is waterboarding torture? If one is stripped naked, chained to a door, locked in a darkened room for 23 hours a day, beaten at regular intervals for weeks or months on end with one bathroom break and one meal a day—is that torture? If your son or daughter happened to be in the wrong place at the wrong time while traveling abroad, and he or she was picked up and treated this way, with no charges filed and no notice to family, would you feel that your child had been tortured?

The people shown in these portraits are Iraqis who were detained by the United States military and its surrogates. All were tortured and abused, and all were released without being charged. The portraits were taken in the spring of 2006 in Amman, Jordan, and the summer of 2007 in Istanbul, Turkey. Attorney Susan Burke, of the law firm Burke O’Neil in Philadelphia, filed civil lawsuits on behalf of these detainees against the Titan and CACI corporations, Defense Department subcontractors who supplied the interrogators and interpreters. The lawsuits charge that these interrogators and interpreters, with the blessing and direction of the Defense Department and the OGA  (Other Government Agency), a term commonly used for the CIA, committed repeated acts of torture and abuse, for which they should be held to account.

Ironically, most of the coverage of the detainee abuse has relied on images taken by the perpetrators. Their graphic recordings with “point and shoot” digital cameras showed the world the horrors of what was happening, but oddly, while the discovery of the photos brought to light the injustice, they also further dehumanized the victims.

For my portraits, I set up a studio in my room and met with the people before or after their interviews with Susan Burke and her associates. I sat in on some interviews and have included excerpts with the portraits. Several interviews were conducted separately by the author Tara McKelvey for research for her book Monstering.

These individuals were put through unspeakable ordeals, then released without any charges being filed. They all have jobs, friends, and families. They need to be remembered not as “the man on the leash” or “the man on the box” but as people whose dignity and humanity have suffered as a direct result of policies and directives from the government of the United States of America.

NOTE: The captions for each photo contain the vivid reports of abuse provided by each individual, either paraphrased or presented in the person’s own words.