Beggars and Choosers: Motherhood Is Not a Class Privilege in America 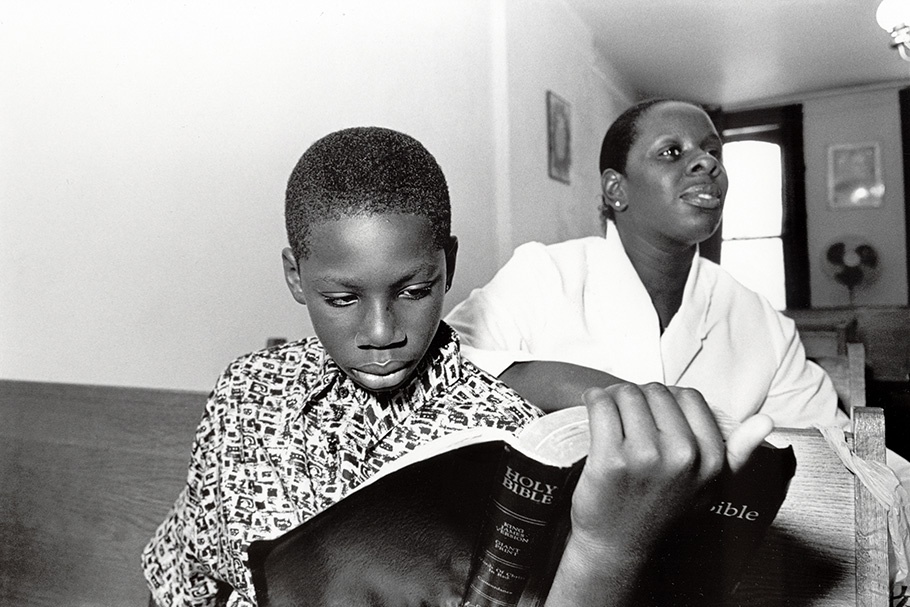 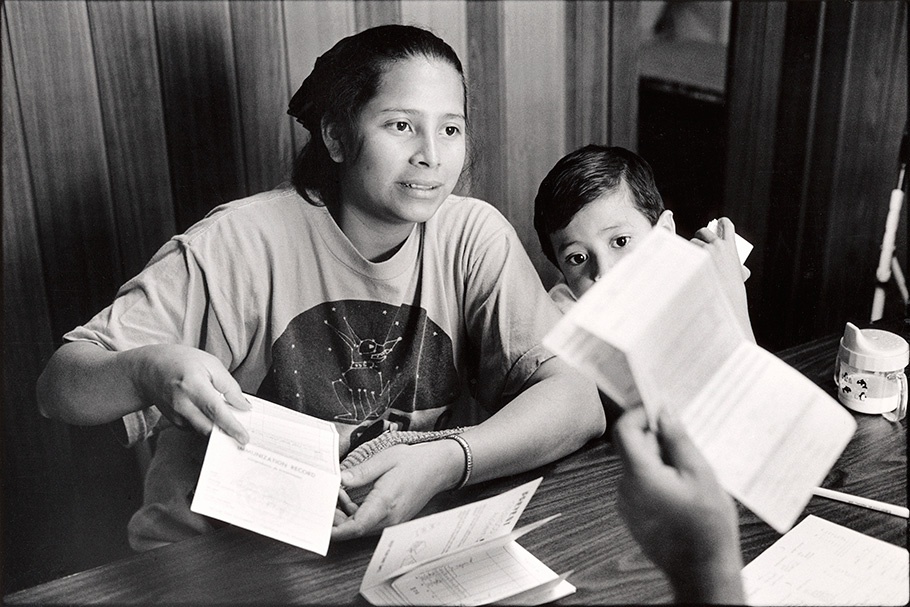 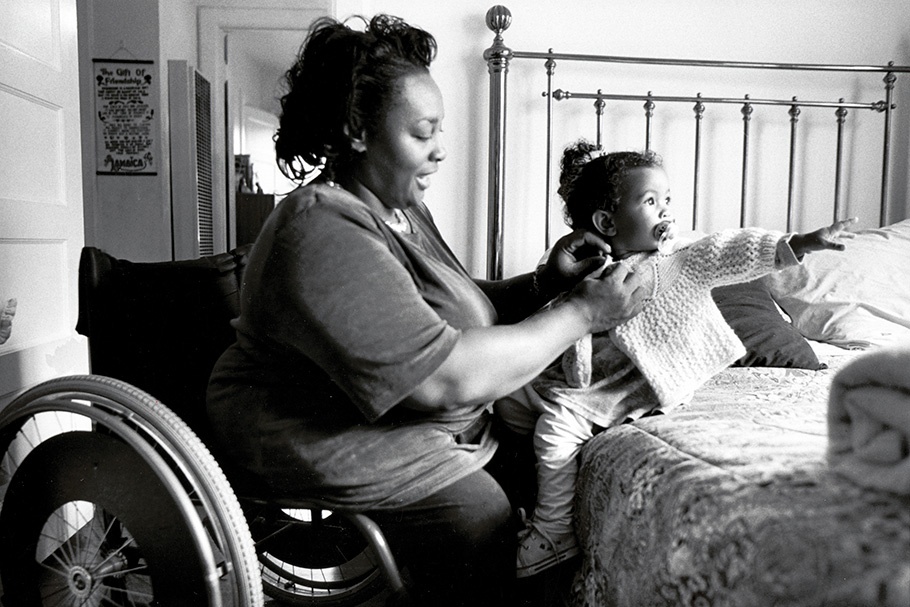 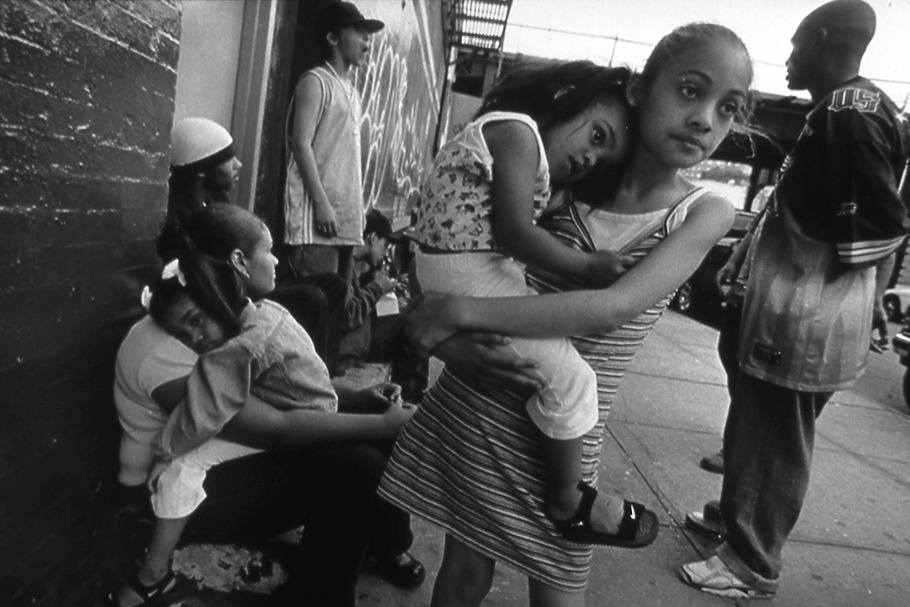 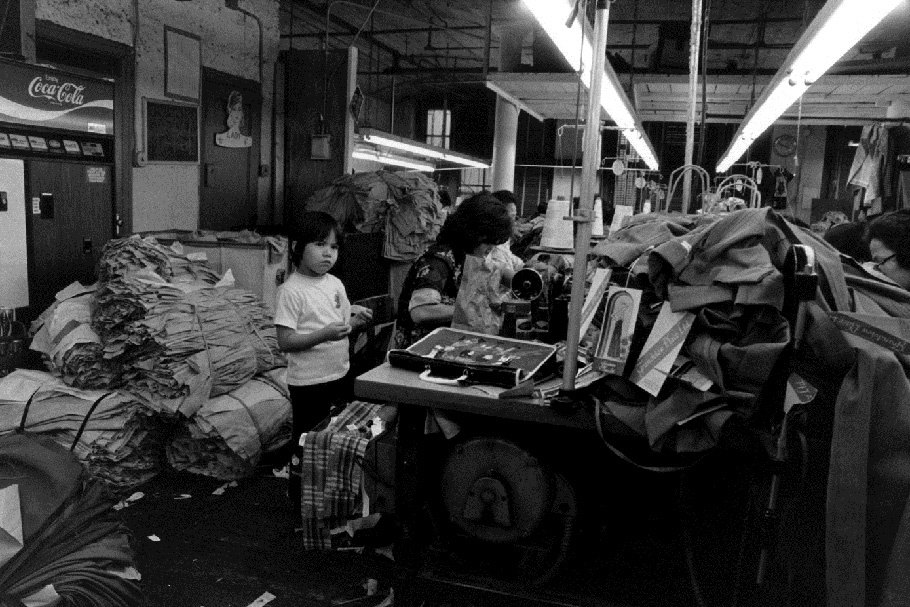 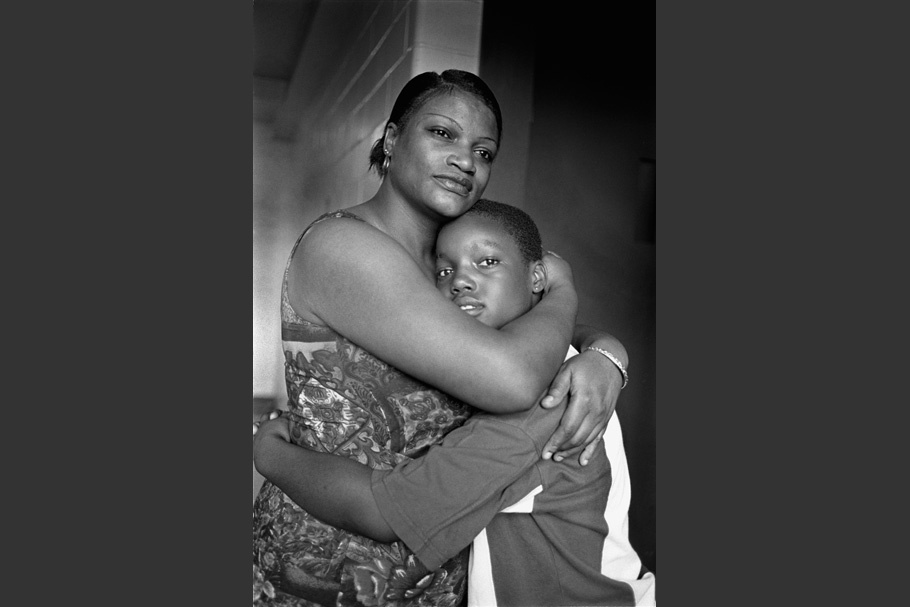 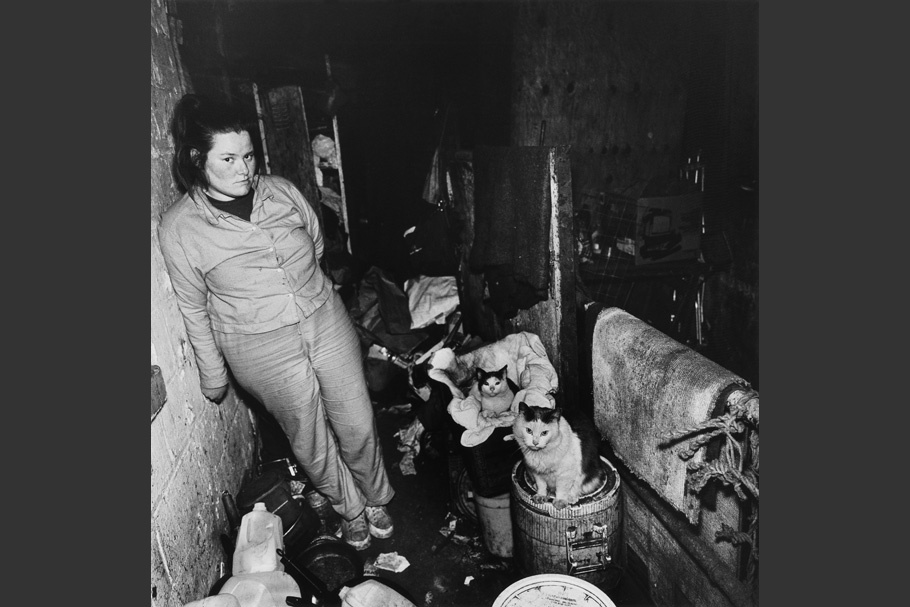 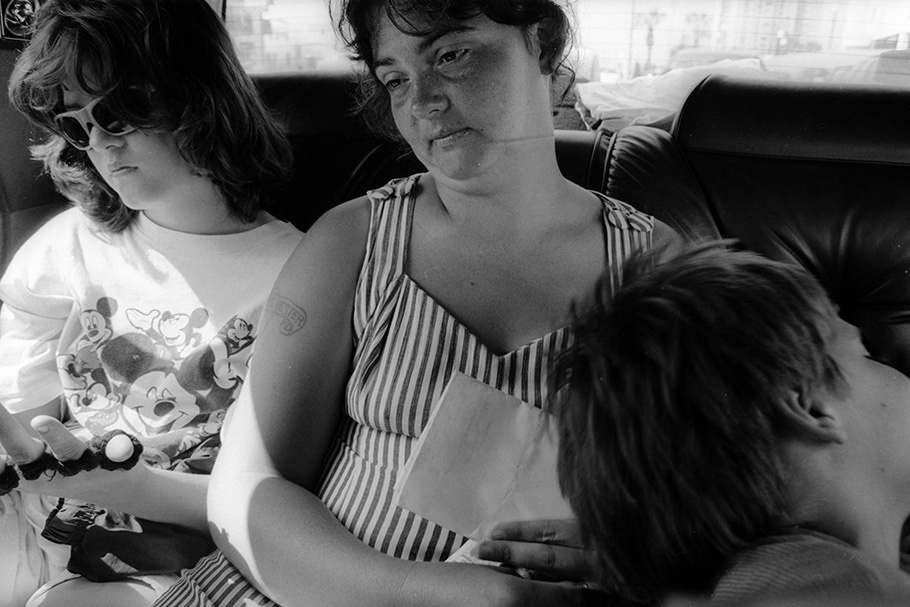 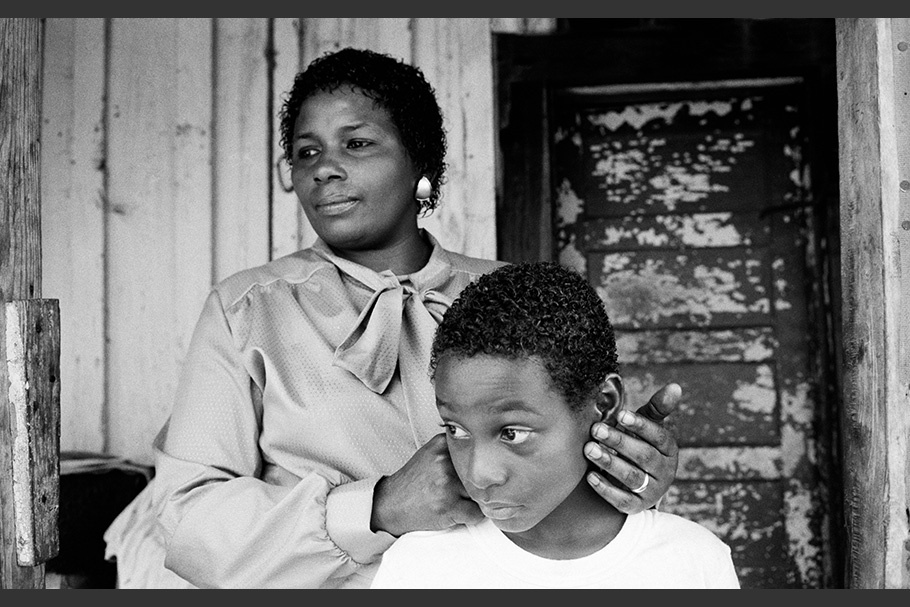 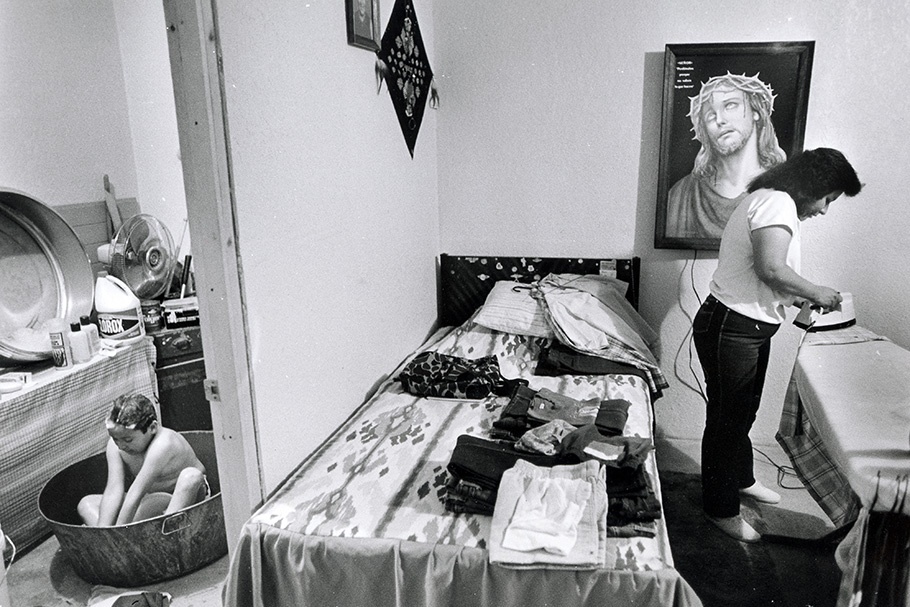 Stephen Shames
Bath/Jesus, 1985, from Outside the Dream.
El Paso, Texas. 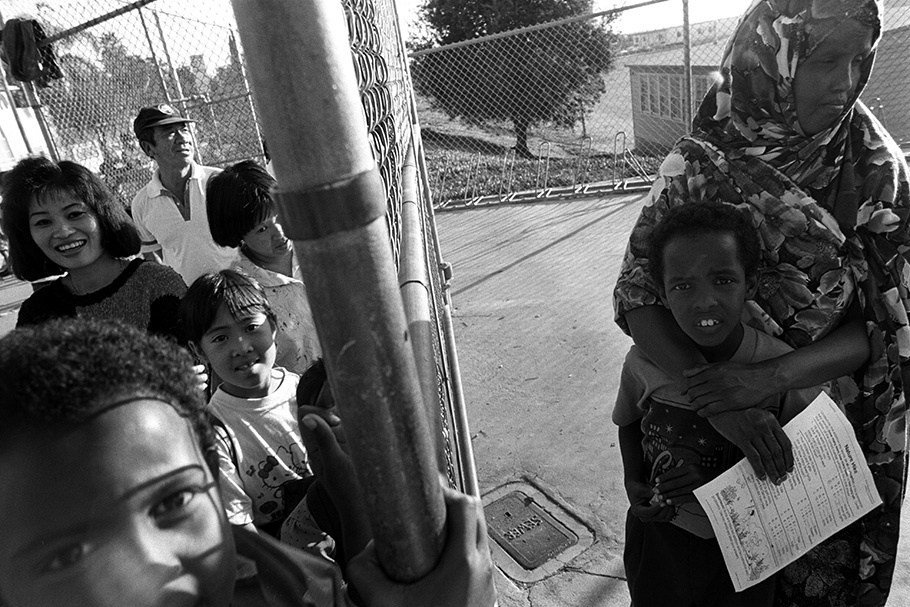 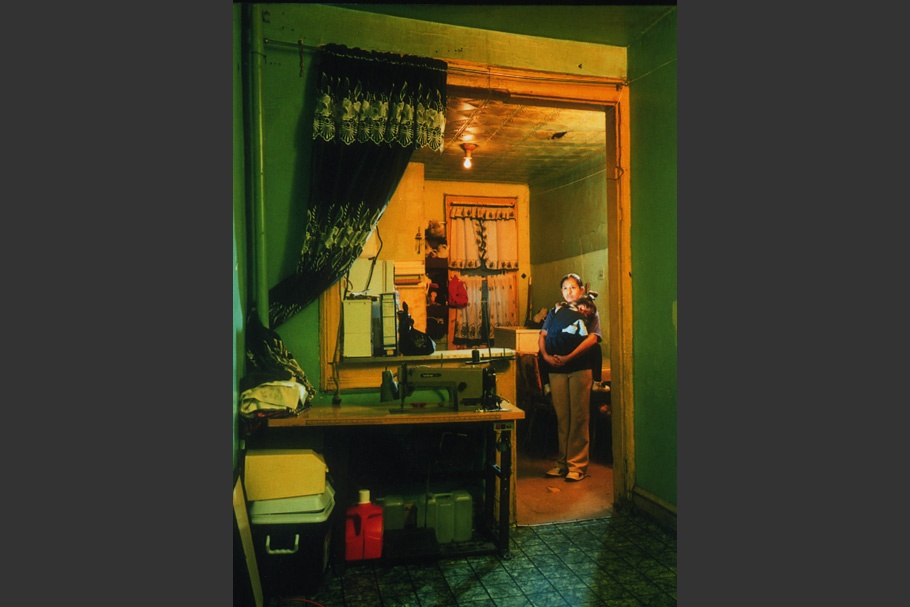 Rickie Solinger, curator of Beggars and Choosers: Motherhood Is Not a Class Privilege in America, is a historian writing about reproductive politics and welfare politics in the United States. Since 1992 she has been working with artists and photographers to create traveling exhibitions associated with the themes of her books, which include Wake Up Little Susie: Single Pregnancy and Race before Roe v. Wade and Beggars and Choosers: How the Politics of Choice Shapes Adoption, Abortion, and Welfare in the United States. Solinger is currently designing an exhibition about incarcerated mothers in this country and finishing a book, Pregnancy and Power: An Orientation to Reproductive Politics in U.S. History.

The complete Beggars and Choosers exhibition includes 56 photographs by 43 photographers and two photography books. The show at the Open Society Foundations includes the work of twelve photographers: Maureen Beitler, Susie Fitzhugh, Anne Hamersky, Brenda Ann Kenneally, Corky Lee, Regina Monfort, Margaret Morton, Betty Press, Eli Reed, Stephen Shames, Taryn Simon, and Amy Toensing. The photographs depict women who have been defined as too young, too poor, too nonwhite, too disabled, too gay, or too homeless to be legitimate mothers. Yet in the photographs, the women appear as mothers with strength, dignity, and determination.

The exhibition opened at the Birmingham Civil Rights Institute in 2002 and has traveled to college and university galleries to inform and shape the curriculum. Beggars and Choosers will travel to academic venues through 2008.

For more than a generation, many politicians in the United States have argued that poor women who have children—especially those who need public assistance—are irresponsible and selfish, waste public money, and make bad mothers. Public opinion polls show that most Americans agree that women should not have children if they are too poor or vulnerable to support kids properly. In effect, they have embraced the idea that motherhood is an economic status—a class privilege—that should be reserved for women with enough money and standing to give their children advantages. Images have played a big role in promoting this idea. Just as Dorothea Lange’s images of desperate, white, heroic Depression-era mothers were vehicles to explain why federal social provision was vital in the 1930s, images of “welfare queens” have been crucial in the campaign to show why federal cash entitlements for poor mothers—welfare—had to end.

Today, many officials continue to advise girls and women: “You shouldn’t become a mother until you can afford to.” But before we agree that motherhood should be reserved for women with resources, shouldn’t we consider what images and information we are missing when we come to this conclusion? Shouldn’t we consider that many employers pay hourly wages that are much too low to support a mother and child? Shouldn’t we consider the fact that 40 percent of the poverty in female-headed households could be eliminated if women were paid wages comparable to the wages males earn for comparable work? Shouldn’t we consider how the lack of educational opportunities, adequate daycare, affordable housing, public transportation, and health insurance create vulnerable mothers in the United States?

“Beggars and Choosers: Motherhood Is Not a Class Privilege in America” makes a visual claim for the legitimacy of all mothers and the importance of defending reproductive rights. Rights are essential since most of the mothers in the exhibition do not possess the social and economic identities that public policy and public opinion associate with qualified mothers. Many of the women belong to groups pressed to give up reproductive rights and to accept their duty to abstain from having kids.

But each woman in the photographs has rejected or ignored the coercive politics of motherhood. The subjects of “Beggars and Choosers” express their motherhood in ways that show the connection between reproductive rights and human rights. These photographs clarify the full meaning of reproductive rights: the right to decide to curb one’s fertility as well as the right to decide to become a mother.