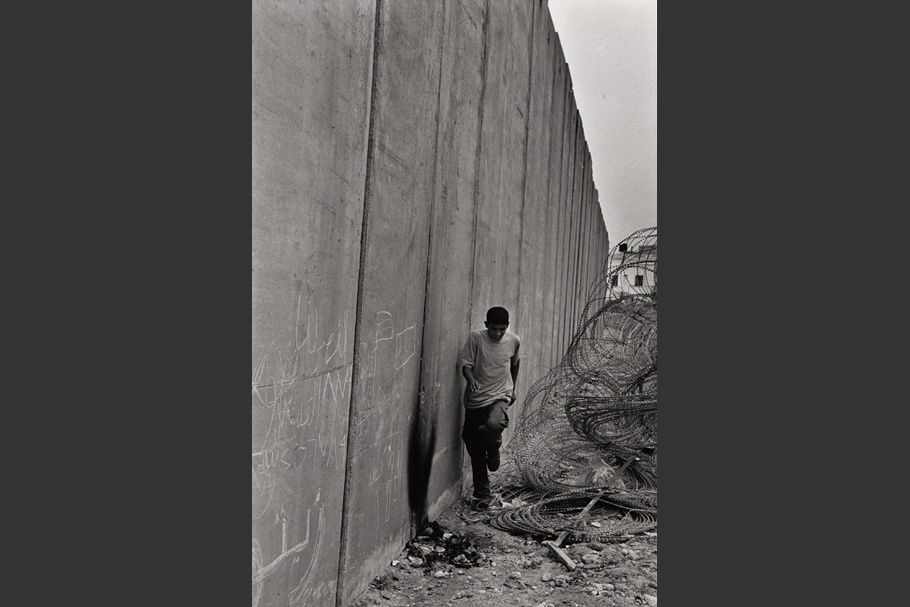 The wall divides the Arab village of Nazlat Isa. 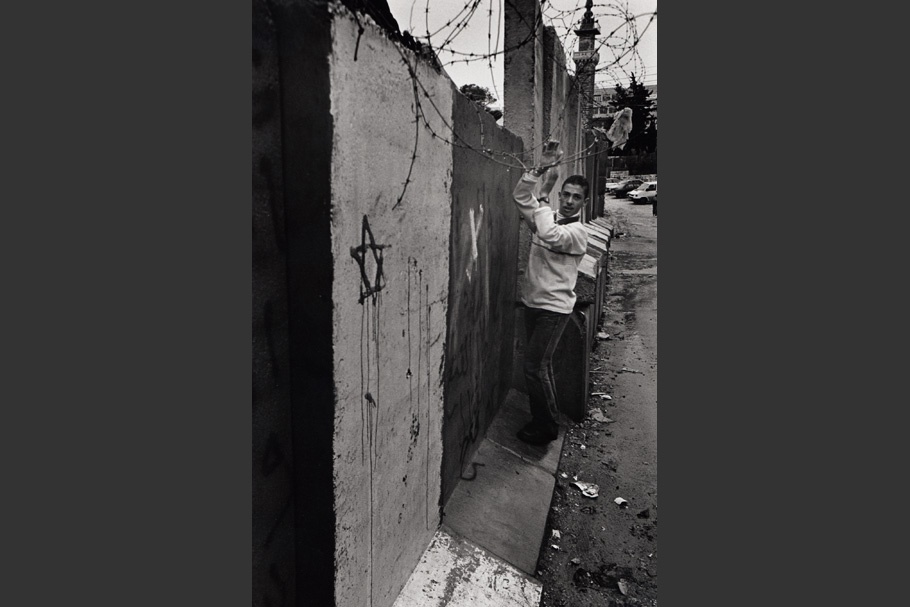 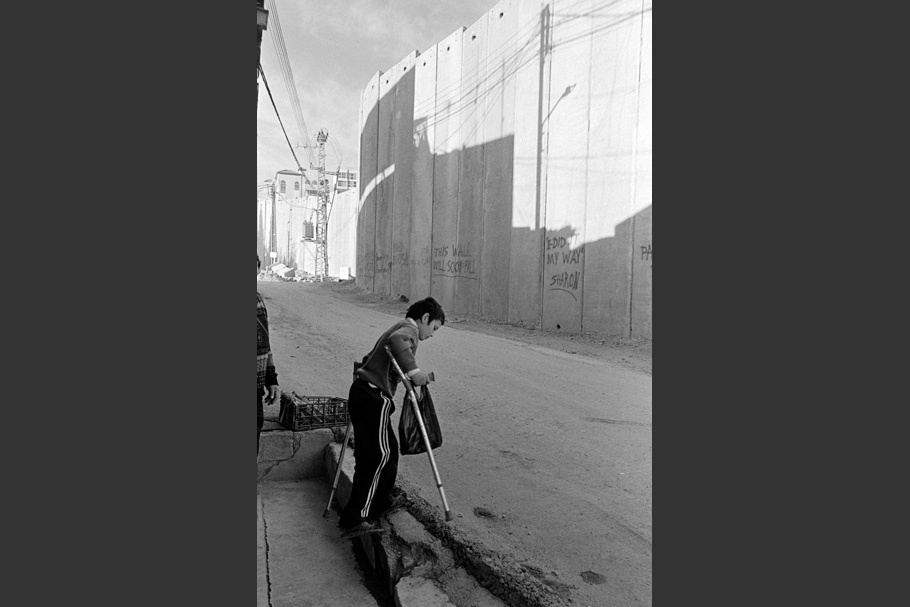 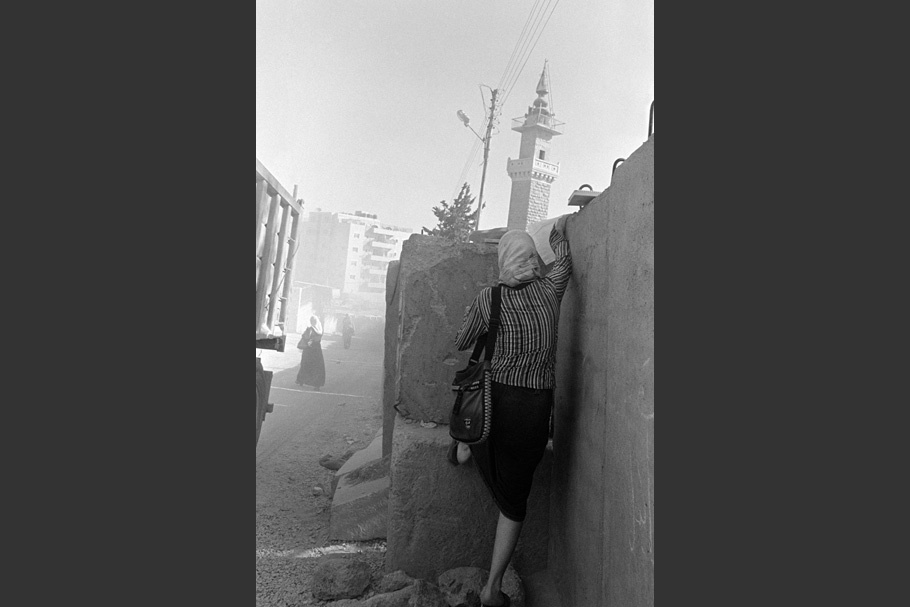 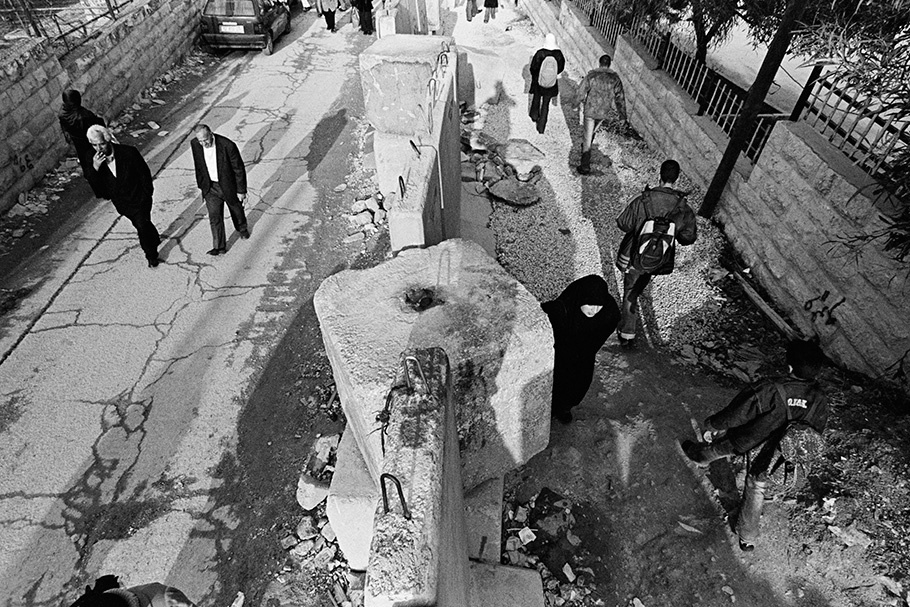 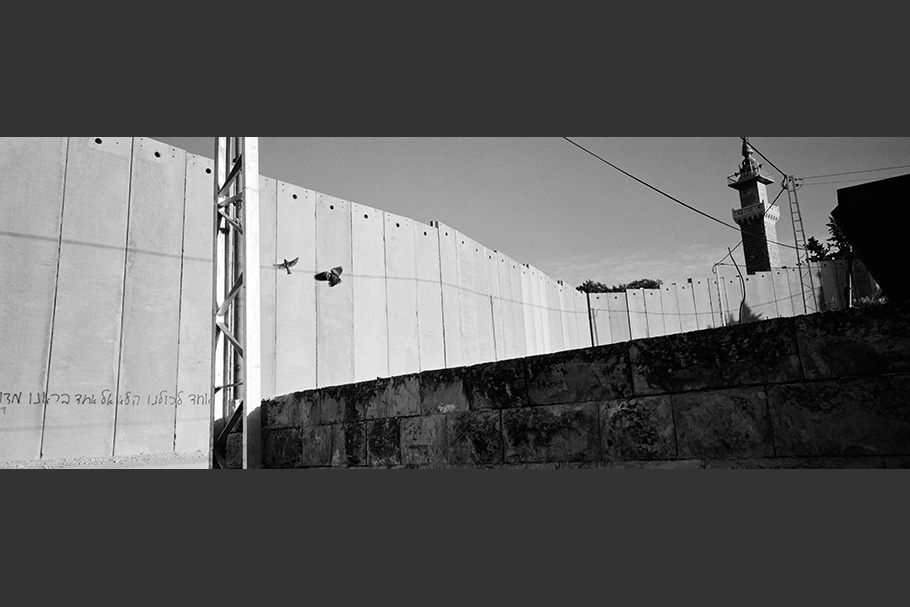 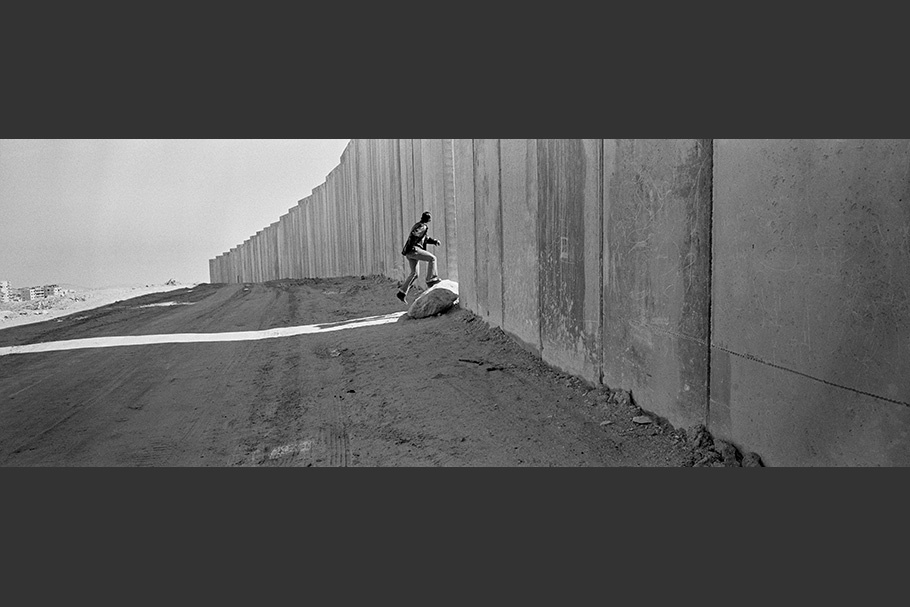 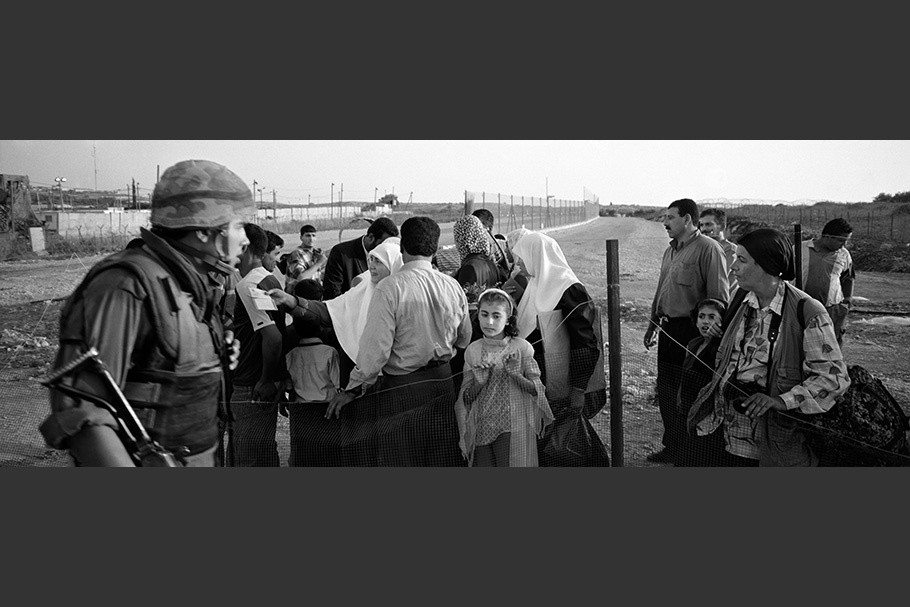 All residents of Qalqilya must pass an army checkpoint to exit or enter.

Larry Towell, a native of Canada, produced the photographs in this exhibition with the help of the 2003 Henri Cartier-Bresson prize. He is working on a book of photographs from the Occupied Palestinian Territories, to be called No Man’s Land.

His other books of photographs, poetry, and oral history include Burning Cadillacs (1983), Gifts of War (1988), Somoza’s Last Stand (1990), The Prison Poems of Ho Chi Minh (1992), House on Ninth Street (1994), El Salvador (1997), Then Palestine (1999), and The Mennonites (2000). Another book he is working on is The World From My Front Porch. It consists of family photographs and text accompanied by a CD of original songs (Trolley, 2005). He is also recording a collection of conflict poems from Central America and the Middle East, set to music.

In addition to the Henri Cartier-Bresson prize, Towell has received the Hasselblad Foundation Award, the Eugene Smith Award, and the Roloph Beny, Ernst Haas, and Oskar Barnack awards.

Towell lives in rural Ontario and sharecrops a small farm with his wife and children.

I began photographing Israel's “Security Fence” in 2003, a decade after I made my first trip to the Middle East following the signing of the Oslo Peace Accords. I have been documenting the Arab-Israeli conflict ever since that first visit.

The wall’s massive concrete and wire construction encroaches over the Green Line—Israel's pre-1967 borders—and snakes through the private property of Palestinian farmers who had hoped this land would become part of their future state. When finished it could cut off half of what is left of the West Bank.

The wall comes with watchtowers, checkpoints, security gates, electronic fences, settler roads, military highways, and weapons, guaranteeing an infrastructure of ultimate military control. It is being built with all the short-sighted vision of military logic. The government of Ariel Sharon has convinced many of its citizens that the root cause of terror has nothing to do with the occupation—an occupation that the wall ratifies.

To those Palestinians living behind the fence, it is an apartheid wall that will confine them to ghettos—cutting them off from schools, hospitals, employment, their land, and each other. Families will be divided by cement and razorwire.

It may take years. It may be soon. But there is little doubt in my mind that eventually the desperation and humiliation developing behind this barrier will erupt into further violence, blowing up in the faces of those who believe in the psychology of walls. Rather than security, the wall will only guarantee endless war.