in this society, on this earth, in this day 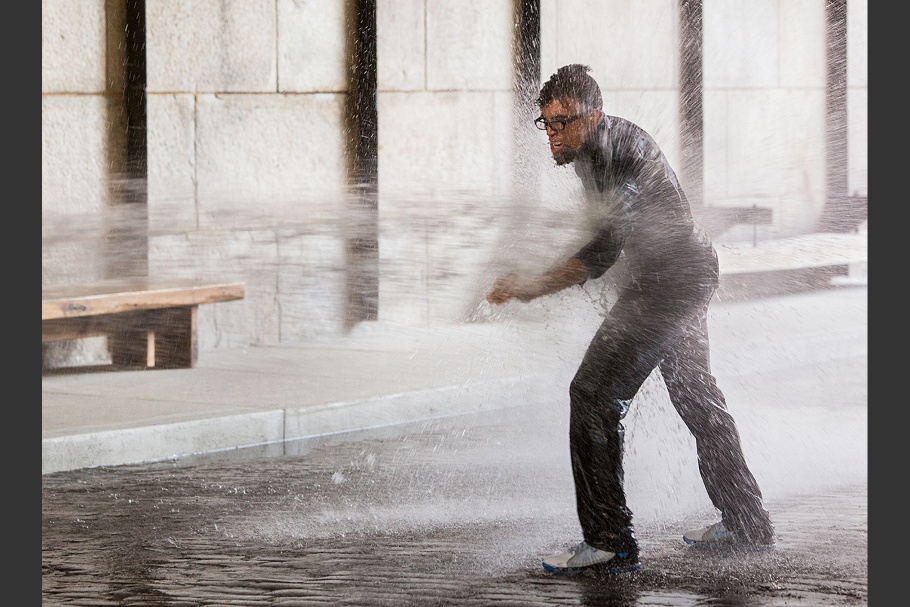 On the Impossibility of Freedom in a Country Founded on Slavery and Genocide, 2014
Still photograph from a live performance

On the Impossibility of Freedom in a Country Founded on Slavery and Genocide is a performance that was staged in Brooklyn, New York, in 2014 and referenced the 1963 Civil Rights struggle in Birmingham, Alabama. During these protests, the United States government—in an excessive display of force—used high-pressure water jets from fire hoses against non-violent protesters and bystanders. Such attempts to silence and suppress opposition against racist government policies were part of larger efforts to maintain segregation and legalized discrimination.

In the performance, the artist alludes to this history and the perpetual nature of the struggle for freedom by making a Sisyphean attempt to walk forward while being repeatedly battered by water from a firehose.

The performance references a historical moment that most people today have only experienced through black and white photographs documenting the event. It enlivens a past and presents inescapable parallels to contemporary movements against racism, such as those witnessed on the streets of Ferguson, Missouri, in response to the police murder of Michael Brown. 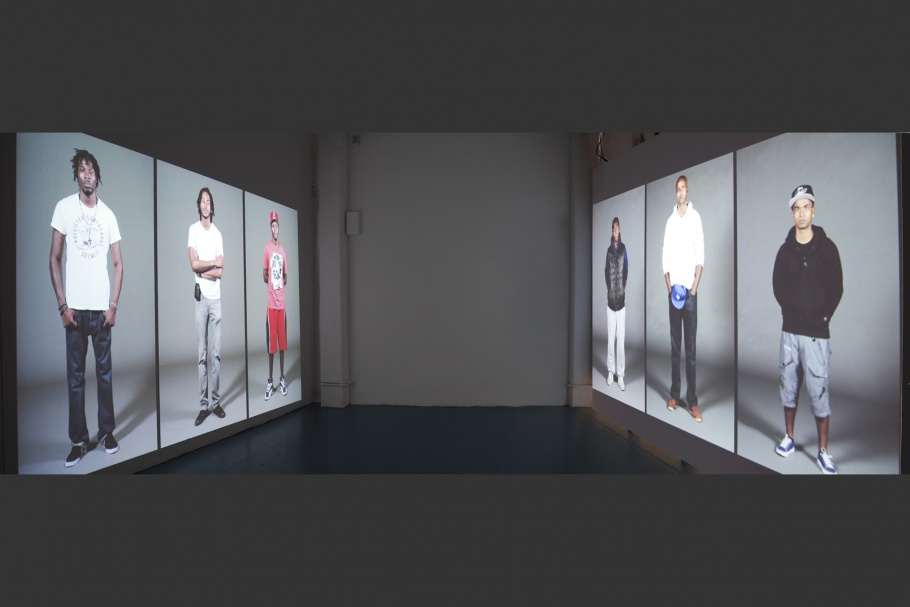 Stop reflects on the police practice of routinely stopping, interrogating, and searching young black men—often without reasonable cause or suspicion. A video projection on one wall features young men from Brooklyn, New York, while the video on the facing wall features young men from Liverpool, England. Each young man repeatedly states the number of times he has been stopped by the police. The repetition and straightforward tone used to describe such discriminatory and intrusive practices speaks to their pervasive nature and the problematic way in which they are part of the daily reality for so many young men.

Stop was created as part of Postcode Criminals, a 2011–2012 collaboration between Dread Scott, artist Joann Kushner, and young adults aged 14-22 from the East New York neighborhood of Brooklyn and the Norris Green housing complex in Liverpool, both places with unprecedented levels of police stop-and-frisk or stop-and-search occurrences. Kushner and Scott led a series of workshops teaching these young people to use cell phone cameras and traditional digital cameras to address the effects of this police intervention in their lives and their communities.

Dread Scott (American, b. 1965) is an interdisciplinary artist based in New York. For three decades, he has made work that encourages viewers to re-examine the conventional wisdom and prevailing ideas that underlie the political, social, and economic relations of American society.

In 1989, the entire U.S. Senate denounced and outlawed one of his artworks and President George H. W. Bush declared it “disgraceful” because of its use of the American flag. His art has been exhibited and performed on street corners and in galleries and museums, such as MoMA PS1 (Long Island City, New York), Pori Art Museum (Pori, Finland), and BAM (Brooklyn, New York). He has received grants from Creative Capital, the MAP Fund, and the Pollock-Krasner Foundation. Scott’s work is included in the collection of the Whitney Museum.

The world we currently inhabit is a place where a small minority controls the great wealth and knowledge that humanity as a whole has created. It is a world of profound polarization, exploitation, and suffering. Billions are excluded from intellectual development and full participation in society.

It does not have to be this way.

The two works featured in this exhibition are part of my ongoing attempt to forge a radically different world through my art.

Stop (2010) is a video installation that meditates on the police practice of routinely stopping and searching young Black men—often without reasonable suspicion—and how they experience these frequent and humiliating intrusions into their lives. Featuring young men with whom I collaborated from the East New York neighborhood of Brooklyn, New York, and Liverpool, England, the video presents each young man repeatedly stating the number of times he has been stopped by the police.

On the Impossibility of Freedom in a Country Founded on Slavery and Genocide (2014) is a performance about the struggle for freedom against repressive governments and inequitable economic, social, and political systems. The performance references the 1963 Civil Rights struggle in Birmingham, Alabama, as well as present day struggles against racism, such as those witnessed on the streets of Ferguson, Missouri, in response to the 2014 police murder of Michael Brown.