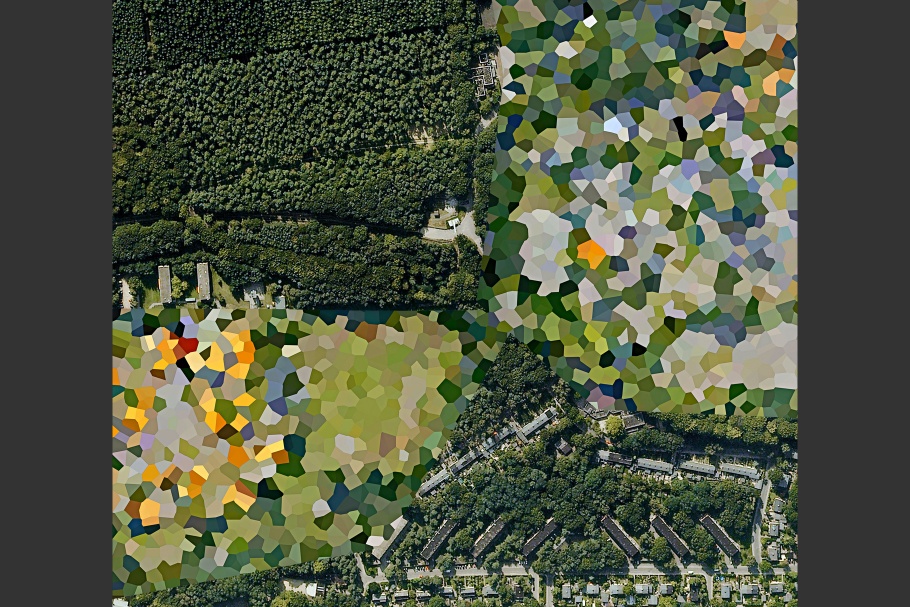 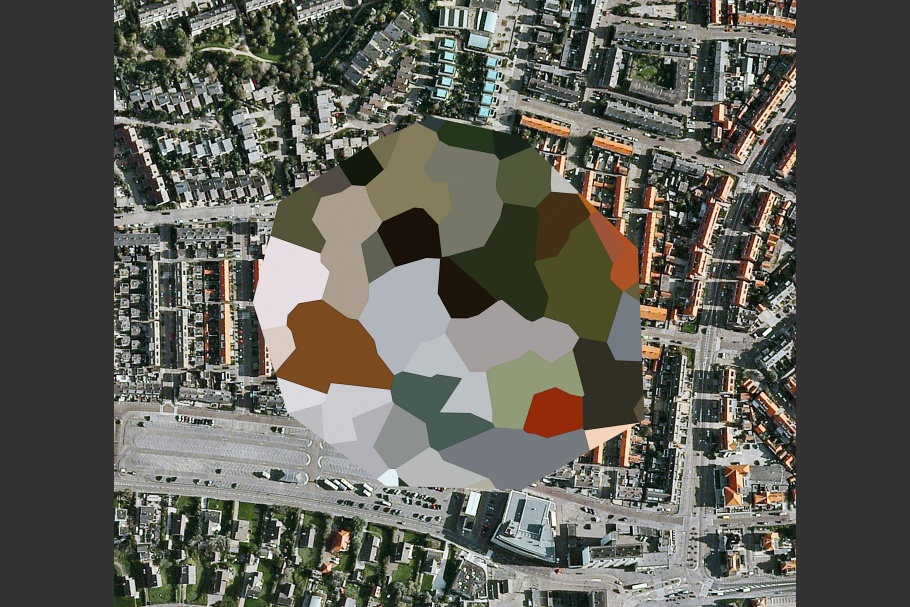 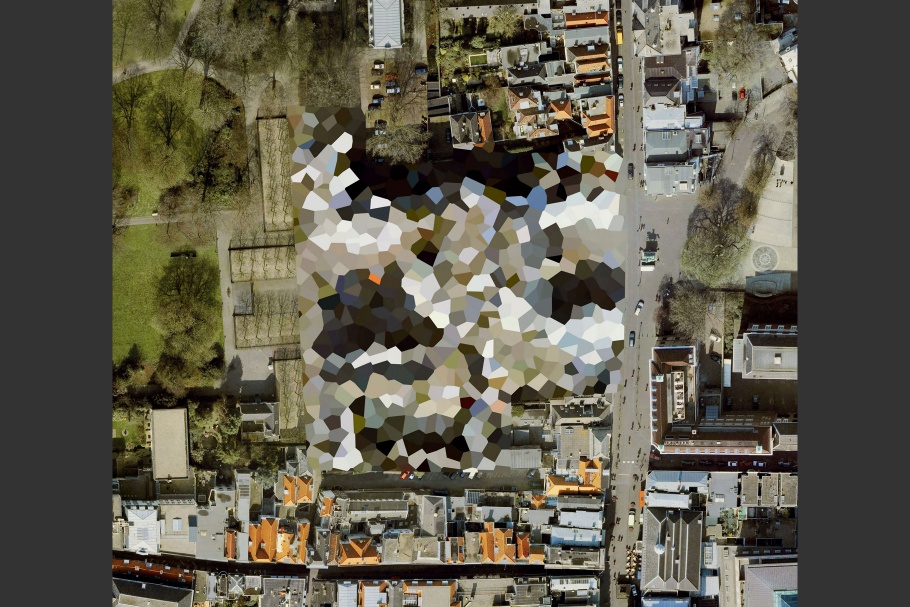 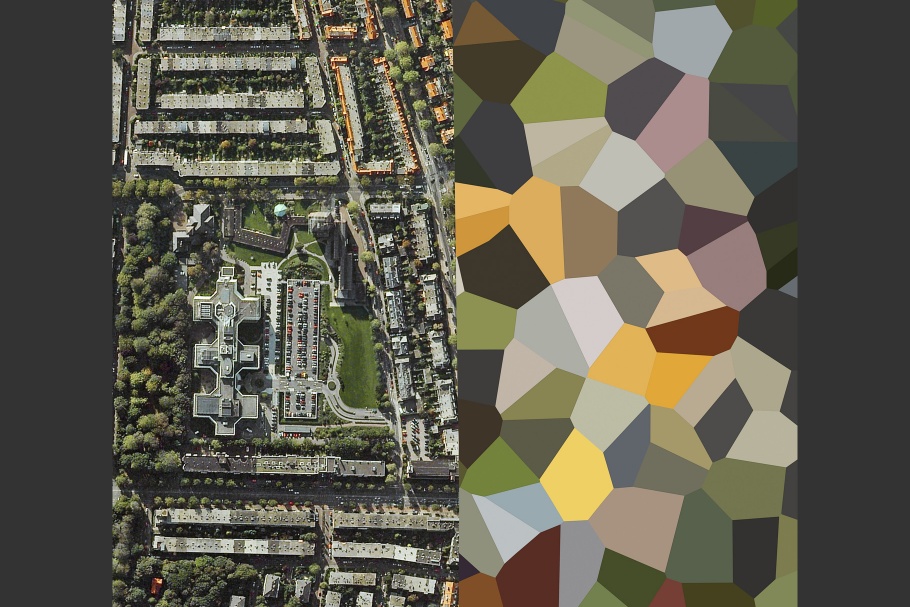 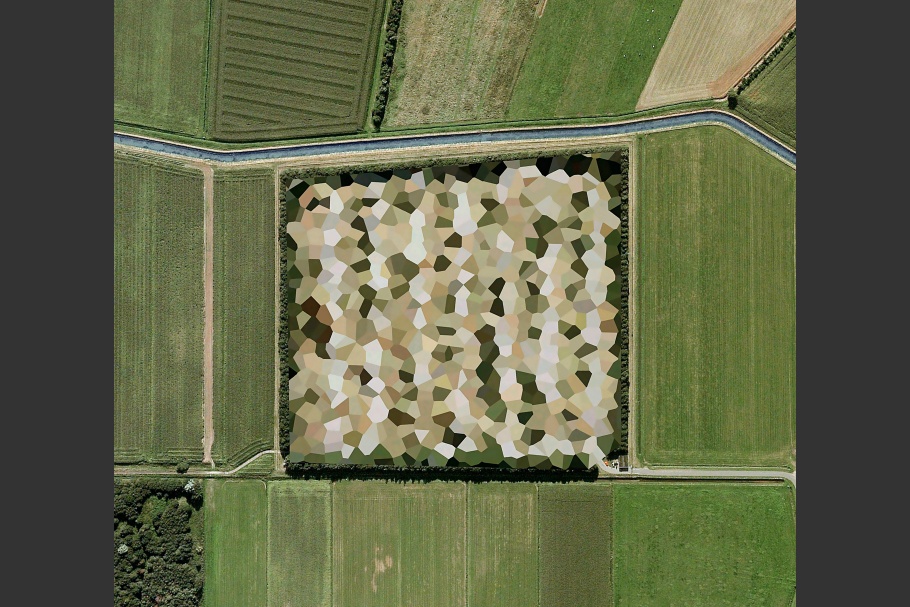 Mishka Henner (British, b. 1976) is an artist working and living in Manchester, England. Henner views the world as a single photograph of infinite detail, beneath which lies layer upon layer of data and information into which he dives in search for meaning: “I think of the earth’s terrain as a map of the social brain, surrounded by silent but tireless networks of remote cameras and sensors capturing data that awaits interpretation. At ground level this landscape remains invisible, revealing itself only in the vacuum of virtual and outer space.” He is interested in geospatial intelligence, a specialized field in military, strategic, and logistical operations that yields intelligence information by analyzing imagery depicting the earth’s physical features.

Henner was awarded the International Center of Photography’s Infinity Award for Art in 2013, and has works held in the permanent collections of the Tate and the Metropolitan Museum of Art.

When Google introduced its free satellite imagery service to the world in 2005, views of our planet only previously accessible to astronauts and surveyors were suddenly available to anyone with an internet connection. Yet the vistas revealed by this technology were not universally embraced.

Governments concerned about the sudden visibility of political, economic, and military locations exerted considerable influence on suppliers of this imagery to censor sites deemed vital to national security. This form of censorship continues today and techniques vary from country to country with preferred methods generally including use of cloning, blurring, pixelization, and whitening out sites of interest.

Surprisingly, the Dutch have been one of the most vociferous enforcers of this form of censorship. The government has hidden hundreds of significant sites including royal palaces, fuel depots, and army barracks throughout this relatively small country. The Dutch method of censorship is notable for its stylistic intervention compared to other countries; imposing bold, multi-colored polygons over sites rather than the subtler and more standard techniques employed by others. The result is a landscape occasionally punctuated by sharp aesthetic contrasts between secret sites and the rural and urban environments surrounding them.

Dutch Landscapes, the title of the series, is a nod to the tradition of 17th-century Dutch landscape painting. Almost four centuries later and post-September 11th terrorist attacks, the Dutch have created a new kind of visual legacy that captures the fear and paranoia of authorities at the turn of the 21st century. Seen from the distant gaze of Earth’s orbiting satellites, the result is a landscape unlike any other. These recently imposed digital polygons protect the Dutch government's locations of interest against the prying eyes of an imagined human menace. With the vertical view of the satellite's gaze, and in the abstract polygons hiding military sites of strategic and logistical importance, the Dutch censors have inadvertently invented a new form of landscape painting suited to our age.