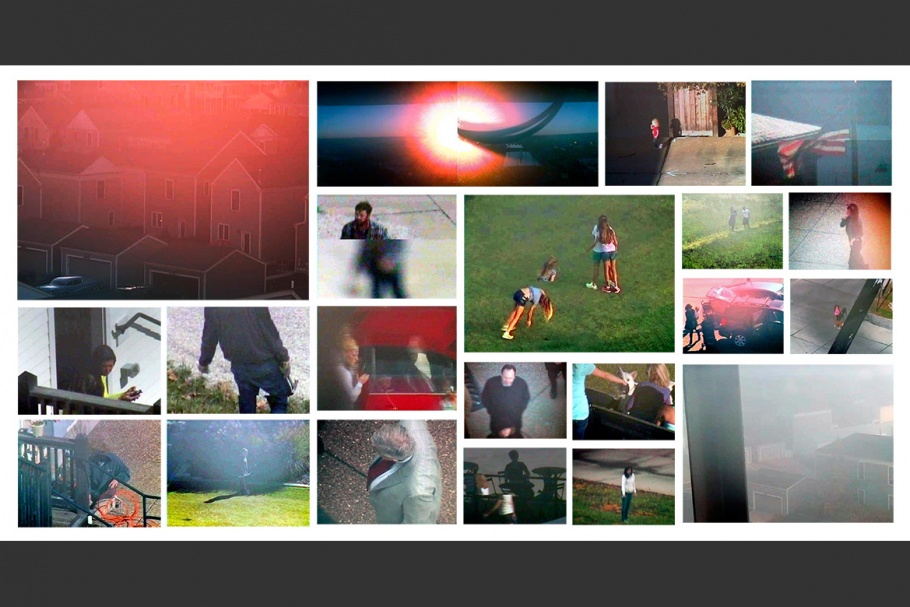 The New Town, 2013.
Mock-up of installation comprised of 21 color photographs.

The New Town consists of photographs that the artist made by accessing a camera atop a church in the center of an idealized planned community in the American Midwest. This camera continuously streams images on the internet, and by accessing this device, Hammerand was able to control the camera and make photographs of the small town and its residents. 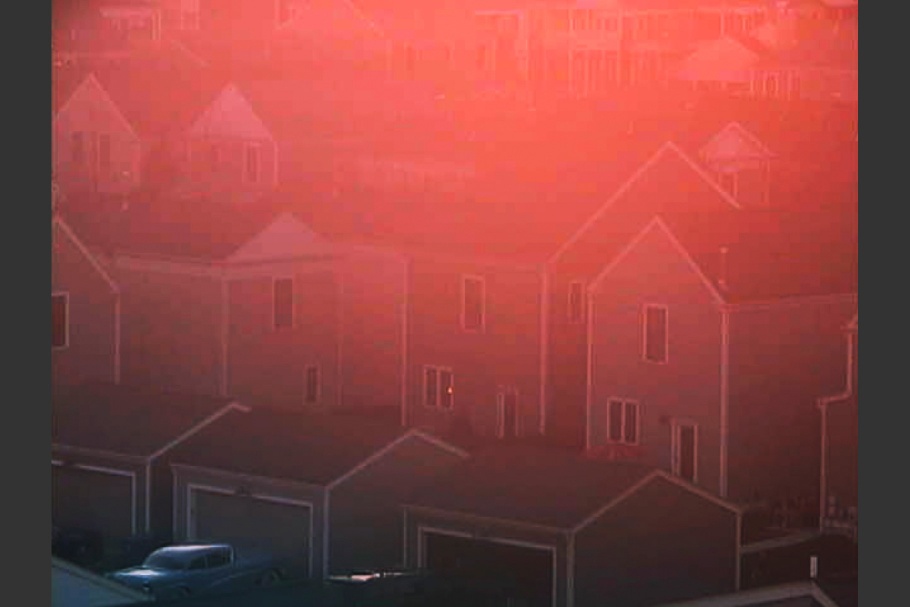 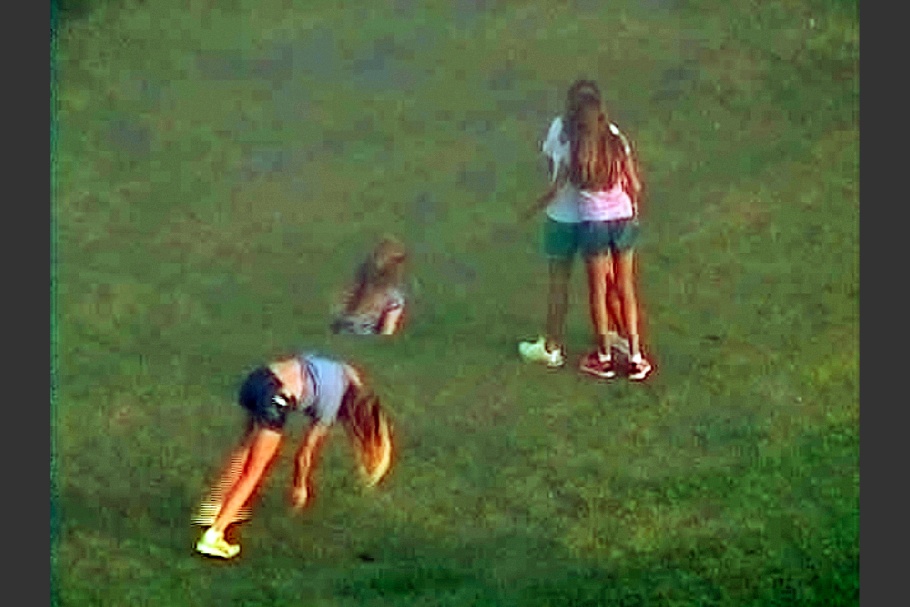 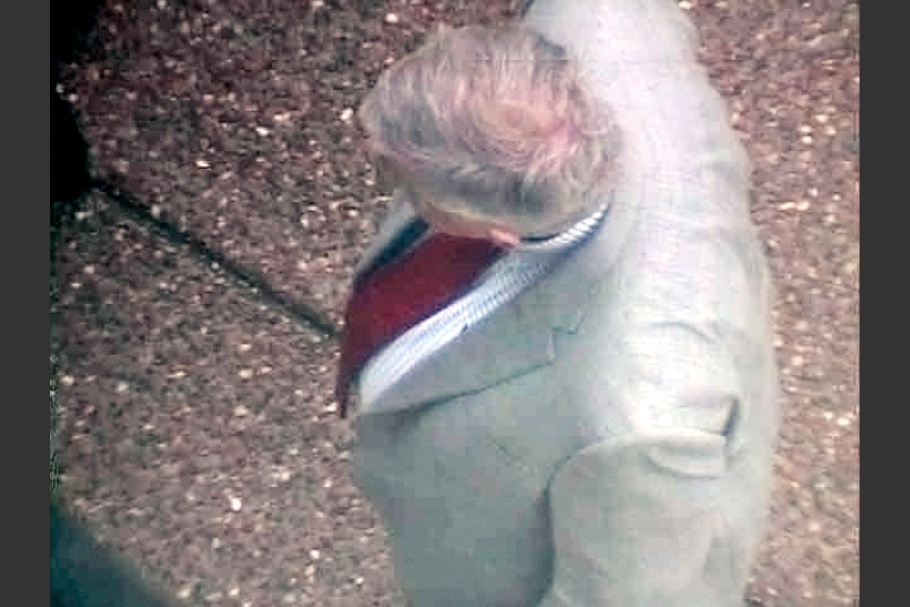 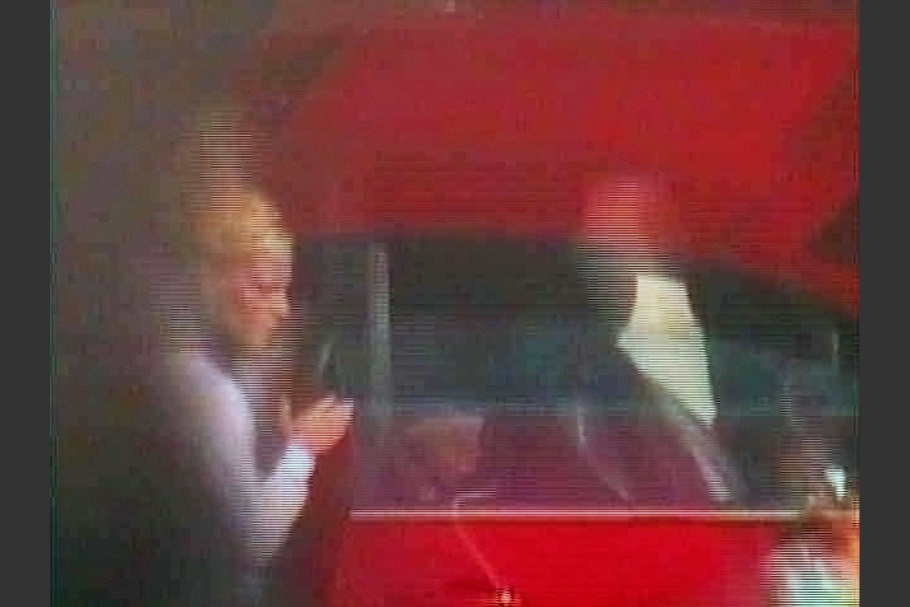 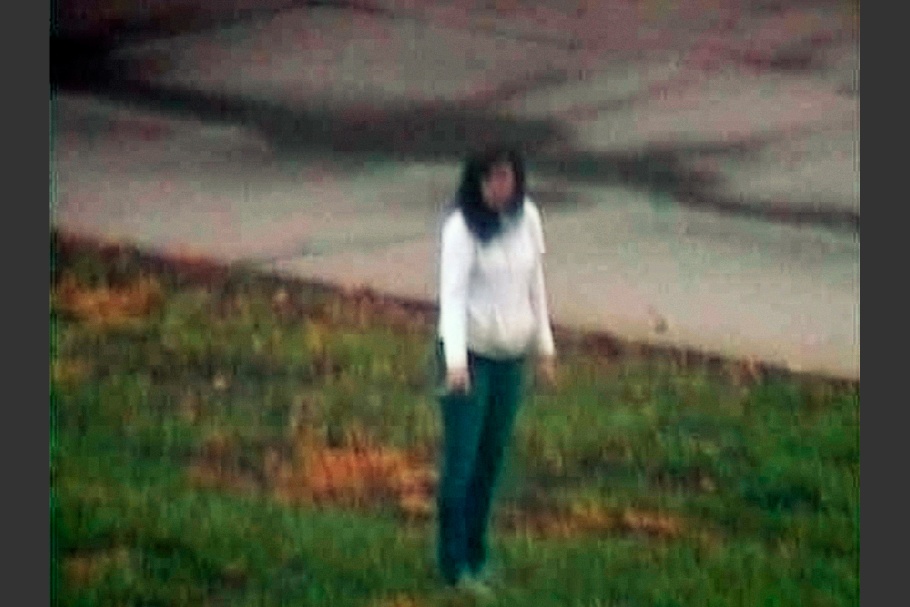 Andrew Hammerand (American, b. 1986) is an artist interested in using photography to interrogate the intersection of technology, privacy, and image culture within America. He holds a BFA from Arizona State University, and recently received an MFA from the Massachusetts College of Art and Design in Boston, where he currently resides.

The New Town has also recently been published as a multivolume set of artist books through Houseboat Press.

The New Town is a series of photographs made throughout 2013 that examine an idealized planned community in the American Midwest. The images were made by accessing a publicly-available, networked CCTV camera that was installed by the developer on a cell phone tower atop a church in the center of town. The goal was to monitor and publicize the construction. The camera is an example of the many non-secure internet-ready devices that actively and indiscriminately stream information to the internet.

In addition to the visual stream of information from the camera, any person could get online access to the device’s entire control panel. This allowed me to remotely operate the camera, and pan, tilt, zoom, focus, and adjust the exposure. With these tools, I could take control of the camera as if it were my own and subvert its intended purpose in order to make photographs.

Maintaining such dynamic control and close observation of New Town and its residents yielded a considerable amount of imagery. These photographs allude to the visual language of amateur and surveillance footage. As popular news and social media distribute surveillance film and photographs depicting suspected criminals, missing persons, and national tragedies, grainy film and pixelated imagery become part of a vernacular image culture that often equates with “suspicious” or threatening activity.

The increasing use of domestic surveillance continues to be a complicated issue that raises concerns of privacy invasion and loss of personal freedom. The use of mass surveillance through the interception of internet traffic is a powerful tool for monitoring and manipulation. Emerging technologies and the appropriation of existing devices and networks provide the main conduits for modern invasions of privacy.

This project follows the daily lives of New Town residents to reflect on the expansive use of surveillance technologies, the increasing loss of privacy, and the heightened sense of anxiety and vulnerability that are part of American life in the early 21st century. My role as both narrator and image-maker complicates the ethical boundaries between my own acts of surveillance and social critique. Through my photography, I hope to question the ethical failures, structures, and abuse of power that arise from a  “see-something-say-something” culture rooted in fear and social manipulation.